Elmbrook Schools Warned to Apply Non-Discrimination Laws to ALL Students 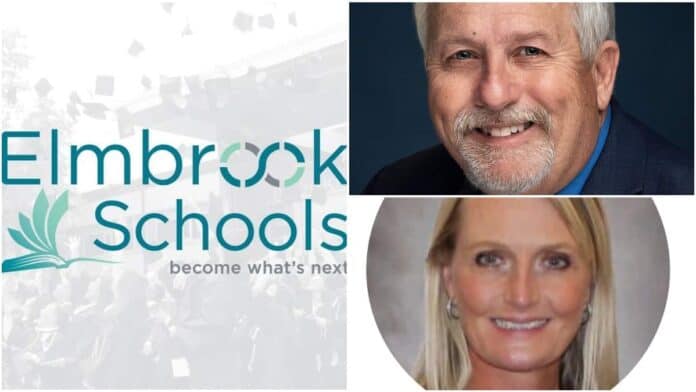 An Elmbrook administrator indicated a white student is not protected by state and federal nondiscrimination law. The Wisconsin Institute for Law and Liberty says they are wrong.

A top Elmbrook School administrator falsely stated that a white student is not protected by federal non-discrimination laws, according to a letter sent to the school district by the Wisconsin Institute for Law & Liberty (WILL).

WILL issued a letter to Elmbrook Schools Superintendent, Dr. Mark Hansen, “warning the district that federal and state nondiscrimination law applies to all people and all students,” a news release said.

“We have recently become aware that it is the official position of Elmbrook Schools that race discrimination laws do not apply to white students. Not only is this both legally and factually wrong, but it is frankly shocking that a public educational institution could hold such a view,” said the letter by President and General Counsel Rick Esenberg and Deputy Counsel Daniel Lennington.

“WILL’s letter comes in response to the written report from the Elmbrook Assistant Superintendent that erroneously stated that a white student ‘is not a member of any class that is legally protected from discrimination by state or federal law,'” the release says.

WILL Deputy Counsel, Dan Lennington, said, “We are deeply troubled that an Elmbrook administrator would adopt a position that state and federal nondiscrimination laws do not apply to all students. This is incorrect and harmful. All race discrimination is illegal race discrimination.”
WILL provided this background:
“In 2021, an Elmbrook School District parent lodged a complaint with the Elmbrook Schools alleging, among other things, race discrimination against a white student. In a written report investigating the complaint, Elmbrook Schools Assistant Superintendent, Tanya Fredrich, wrote (emphasis added):
‘Although there is no evidence that the student’s race (White), sexual orientation (Heterosexual) and socio-economic status (middle-upper middleclass) were a consideration in any decision made by the District regarding the student, it must also be noted thatthe student is not a member of any class that is legally protected from discrimination by state or federal law. To the contrary, the student’s race, sexual orientation and socio-economic status are what are considered to be the majority status and thus do not form a basis for claiming that the student is being treated or has been treated less favorably than persons not in the protected class.’
This is incorrect. All people are protected by federal and state nondiscrimination laws. All race discrimination is illegal race discrimination under federal and state law. This has been settled law for decades.
The U.S. Constitution, which applies to Elmbrook Schools through the 14th Amendment, guarantees ‘equal protection of the laws.’ The United States Supreme Court the Court twice remarked that the U.S. Constitution has “never” been interpreted as protecting only minorities from race discrimination.
Federal law mirrors the U.S. Constitution’s protection of all people, whatever their race. Elmbrook Schools receive federal funds; therefore, it must follow Title VI of the Civil Rights Act of 1964. This Act guarantees that “no person” may be “subject to discrimination” “on the ground of race.”
The Wisconsin Constitution similarly guarantees equality under law, mandating that governments, including school district employees, treat all students ‘equally,’ regardless of race. The Wisconsin Department of Public Instruction is emphatic: ‘no pupil’ may be ‘treated in a different manner because of . . . race.’
WILL is urging Elmbrook Schools to take immediate steps to remind their staff that all students are protected by nondiscrimination laws. Elmbrook families need to know that their school district does not countenance any type of discrimination based upon race.
This letter is part of WILL’s Equality Under the Law Project. More information about this project can be found at DefendEquality.org.”
WILL’s letter concluded, “In sum, the law’s mandate is that your teachers and staff are colorblind, and we hope you do the work necessary to have your staff embrace this non-negotiable principle.“
Perhaps ironically, Fredrich is quoted in a press release on a summit Elmbrook held on “inclusive practices.”
Share
Facebook
Twitter
Pinterest
WhatsApp
Previous articleMandela Barnes & Adam Jarchow Voted Against Making It a Felony to Batter a Prosecutor or Cop’s Family Member
Next articleEvers Redistricting Map Analysis: GOP Strongly Favored to Retain Control of Legislature