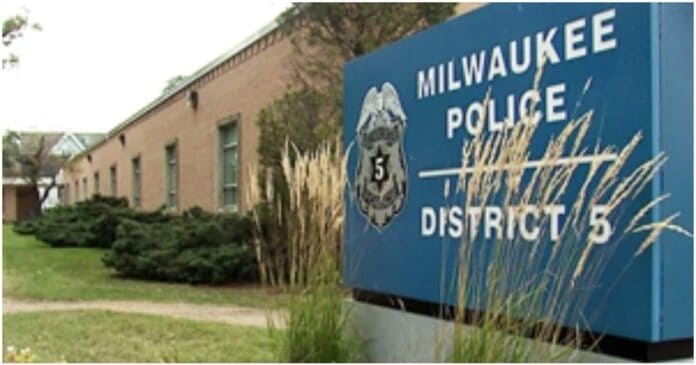 A man walked into the District 5 police station in Milwaukee and started shooting at police officers, according to three sources.

All district stations are in lockdown on Feb. 25, 2022, as a result of the shooting, a source told WRN. “Someone shot up District 5 and the cops ran out of the district and killed him,” one of the sources said.

The sources told Wisconsin Right Now that officers were not injured; they gave chase and exchanged gunfire with the man, shooting him.

There is conflicting information about whether the man is dead.

The motive was not confirmed; however, district 5 is the station where another man, Keishon Thomas, died in police custody the other day.

According to WISN-TV, three officers are now suspended in that death, with Police Chief Jeffrey Norman claiming there are “concerns” he did not specify.

Police said they pulled Thomas over for a traffic violation and he had a warrant; police also said he had drugs in the car. There were multiple checks of his cell at the district station. He then needed medical attention and died, despite life-saving measures.

For some time, police have told WRN that they are being forced to hold arrested people in district stations, which aren’t equipped for that, because of the staffing crisis in the Milwaukee County Jail.