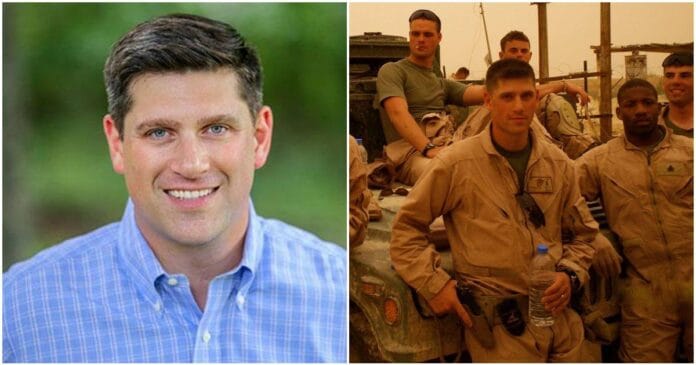 Kevin Nicholson announces to Wisconsin Right Now and The Regular Joe that he’s running for governor.

Kevin Nicholson, the former combat veteran and U.S. Marine who ran No Better Friend, Corp., officially announced that he is running for governor on January 27, 2022. Instead of a traditional announcement, Nicholson made it clear that he is going to run as an outsider in the Republican primary by announcing that he was running for governor to only two news outlets: Wisconsin Right Now and The Regular Joe Show. He also urged Wisconsinites to not choose a governor who is from the “same, tired political class,” and criticized critical race theory, the handling of elections, and spiking violent crime.

Read his column to Wisconsin Right Now here, which announces his run.

Wisconsin Right Now, which is based in southeastern Wisconsin, is the #1 Alexa ranked independent, online news site in Wisconsin and has a large following among conservatives throughout the state. The Regular Joe Show is conservative talk radio host in the Fox Valley on WTAQ. Nicholson seems to be ripping a page from Donald Trump’s anti-establishment, anti-elite, presidential primary in 2016, when the former president ran against the GOP establishment and the elite legacy news media. The Associated Press also announced that Nicholson was running on Thursday morning based on his website going live but not from a release from Nicholson or his campaign.

“At a crucial point in history, Wisconsin has lost its way. Our state and our society are being torn apart by a shameless and ineffective political class whose leadership failures have destroyed businesses and crushed Wisconsin’s economy,” Nicholson wrote in the Wisconsin Right Now column announcing his run. He also called critical race theory “intellectual poison” and said that law and order is falling apartment and elections are a “mess,” with politicians “incapable of cleaning them up.”

His entrance into the race sets the stage for a competitive and, perhaps, bruising primary. The other candidates are former Lt. Gov. Rebecca Walker, who is backed by the state’s last Republican Gov. Scott Walker. She has been running for months and racking up endorsements, including in the law enforcement community and with Wisconsin Manufacturers & Commerce. Digital marketer Jonathan Wichmann is also running an anti-establishment campaign in the state. Republican Assembly Speaker Robin Vos caused headlines last week when he urged Nicholson not to run; however, over the weekend, in Manitowoc, Nicholson made it clear that he won’t shy away from running against the Republican Party, criticizing state GOP head Paul Farrow to his face at an event.

Democratic Gov. Tony Evers is considered vulnerable on a host of issues, including his inability to get the National Guard to Kenosha immediately to deal with rioters; comments that have angered police throughout the state; problems with getting people unemployment benefits, and his response to the COVID-19 pandemic and hot-button issues like CRT.

Nicholson was previously defeated by Leah Vukmir in a U.S. Senate primary to take on Tammy Baldwin. Since then, his has run No Better Friend, Corp., which has been holding well-attended events throughout Wisconsin on issues like CRT and backing law enforcement.

Nicholson’s efforts to reshape Wisconsin will be well-financed; Richard Uihlein, one of the most powerful conservative donors in the country and the CEO of Uline in Pleasant Prairie, set the stage for Nicholson’s announcement by releasing a statement strongly urging him to run. You can read that statement here.

“There are very few people that can shake things up in the state; Kevin is one of them. He’s an outsider who bravely served as a Marine commander and has built a career in business while also galvanizing conservatives throughout the state through No Better Friend Corp.,” Uihlein said.

In his statement, Nicholson said the state needs someone with leadership skills to clean up the problems.

“Our children are taught the intellectual poison of critical race theory, which encourages them to hate each other based on their race. Our very notion of law and order is falling apart before our eyes as violent crime skyrockets. Our elections are a mess, and our politicians seem incapable of cleaning them up. We can’t take Wisconsin to new heights if we elect a Governor from the same, tired political class that lacks the vision, ability, and will to fight for the future of our state. Wisconsin needs someone with solutions to the problems plaguing our state – and the leadership skills to implement those solutions.”

Nicholson announced he was running for governor as a Republican in a column to Wisconsin Right Now that is titled, “I’m Running to be your Governor.” His campaign team confirmed that he’s in, and that he would be on The Regular Joe at 9 a.m. to make a simultaneous announcement with the Wisconsin Right Now column.

Nicholson’s column describes him as “running for Governor to fight for Wisconsin’s future. He is a businessman, the former volunteer president and CEO of No Better Friend Corp., a conservative public policy group in Wisconsin, and a combat veteran of the U.S. Marine Corps (Iraq, 2007 and Afghanistan, 2008-2009).”