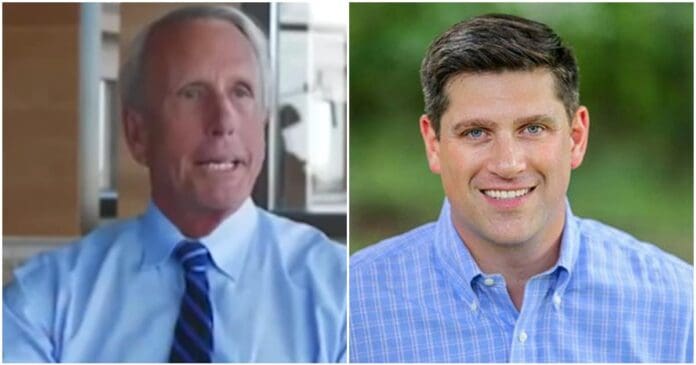 Richard Uihlein, the CEO of Pleasant Prairie’s Uline shipping supply company and one of the country’s most powerful conservative donors, is urging U.S. Marine veteran Kevin Nicholson to run for Wisconsin governor in the Republican primary.

“I strongly urge Kevin Nicholson to run for Governor of Wisconsin,” Uihlein said in a statement to Wisconsin Right Now.

Richard Uihlein continued: “There are very few people that can shake things up in the state; Kevin is one of them. He’s an outsider who bravely served as a Marine commander and has built a career in business while also galvanizing conservatives throughout the state through No Better Friend Corp.”

He continued: “Kevin is a born leader. If he decides to run for Governor, he will have my full support and commitment to win the primary and general elections. I know he’s the fighter we need to get Wisconsin back on track.”

According to Ballotpedia, Crain’s Chicago Business named Uihlein, “a self-described ‘conservative Republican,” as ‘Illinois’ largest GOP donor nationwide.'” The Racine-Journal Times, in a story in October that also revealed Uihlein was supporting Nicholson, described the Uihleins as being “among the biggest donors to conservatives and conservative causes in the United States. Liz and Richard ‘Dick’ Uihlein own the $5.8 billion Uline shipping and business-supply company. Dick Uihlein is an heir to the Schlitz brewing fortune.” The New York Times called the Uihleins “The Most Powerful Conservative Couple You’ve Never Heard Of.”

Observers see Richard Uihlein’s support of Nicholson as a potential game-changer in the race. Nicholson will face former Lt. Gov. Rebecca Kleefisch and digital marketer Jonathan Wichmann in the contest to square off against Democratic Gov. Tony Evers, who is vulnerable due to his weak response to the Kenosha riots, botching of unemployment benefits, response to COVID-19, and more. Uihlein supported Nicholson in the 2018 Senate primary against Leah Vukmir. Ballotpedia noted, “Uihlein is a frequent donor to the Club for Growth Action, a super PAC that endorses candidates that support lower taxes, reduced government spending, and pro-economic growth policies.”

The Kleefisch campaign declined to comment. Kleefisch announced on January 24 that she has been endorsed by the Wisconsin Manufacturers & Commerce.

Wisconsin Right Now reported last week that Nicholson, who runs No Better Friend Corp., will announce a run for governor within days.

According to the Milwaukee Journal Sentinel, Liz Uihlein, co-founder of Uline and Richard’s wife, donated $200,000 “in October to a Republican super PAC working to elect Kleefisch,” and $20,000 to her campaign.