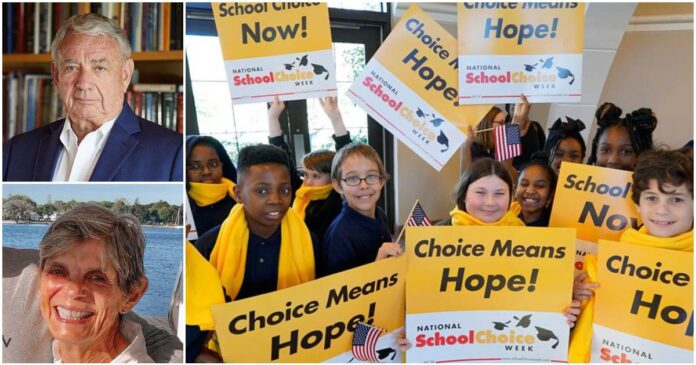 The Milwaukee Parental Choice Program inspired a national movement. Thirty-two other states, the District of Columbia, and Puerto Rico now have their own parent choice programs, serving more than 600,000 students. The pandemic has fueled recent growth and awakened parents everywhere to the importance of being able to choose the education that’s best for their children.

As part of National School Choice Week, supporters from around Wisconsin will gather at Lambeau Field Friday night to celebrate progress. I will have the honor of introducing Governor Thompson, the keynote speaker. Our gathering will be an occasion to reflect on truly historic successes and to look to the future.

The MPCP has grown considerably. In 1990, it served only 341 students at seven schools. Last year nearly 29,000 students — 1 in 4 Milwaukee school children — used it to attend 129 private schools.

There’s much more. Through other programs created in the 1990s, and signed into law by Governor Thompson, students also may attend charter schools or transfer to public schools outside of Milwaukee. As a result, 46% of Milwaukee students — nearly half — use K-12 options that did not exist before 1990.

Credit for the MPCP and subsequent reforms belongs to a coalition of strange bedfellows crossing racial, religious, economic, and political lines. The coalition overcame fierce opposition. Thanks to generous philanthropy and invaluable legal help, the Milwaukee program withstood three legal challenges in the 1990s.

The 1998 win in the Wisconsin Supreme Court helped pave the way for a historic 2002 U.S. Supreme Court decision upholding the parental choice program in Cleveland, Ohio.

In Milwaukee, the evidence is clear. For example, more than two-thirds of choice and charter students attend schools ranked highly on the state report card issued by the Department of Public Instruction. By comparison, only 20 percent of students in Milwaukee Public Schools attend highly rated schools.

UrbanMilwaukee, a progressive website, ranks the private and charter sectors well ahead of MPS in serving low-income students. Scholars have documented lasting benefits. In peer-reviewed research, Patrick Wolf and Corey DeAngelis found that participation in the MPCP “is associated with a reduction of around 53 percent in drug convictions, 86 percent in property damage convictions, and 38 percent in paternity suits.”

Three new Wisconsin parent choice programs were enacted in the past decade. The number of private schools choosing to participate has tripled. Enrollment in the four programs, which now cover the entire state, has grown to nearly 49,000 students. When charters and open enrollment transfers are added, 19% of the state’s pupils use options unavailable before 1990.

Parents are voting with their feet. As statewide public school enrollment dropped during the pandemic, there has been steady growth in private school choice and at charter schools.

What about results? Although three of the four parent choice programs are limited to low-income and working-class families, students in those programs have higher average scores than public school students on the college-readiness ACT test.

The positive results come despite eligibility, fiscal, and regulatory obstacles that preclude a true test of an education market that treats families equitably. Income limits exclude roughly half of Wisconsin parents. Burdensome regulations mean the state’s best private schools don’t participate. Moreover, the average value of a voucher is less than two-thirds of per pupil spending for public school students.

Participating private schools operate under the heavy hand of an education bureaucracy now headed by Jill Underly, who ran for state superintendent of education as an avowed opponent of parental choice programs. A stated goal of opponents has been to use a regulatory cudgel to discourage private school participation. Shortly after the 1998 Wisconsin Supreme Court victory, the American Federation of Teachers said that “a regulated voucher system…would erode the cherished autonomy and independence of private and religious schools [and] discourage most private schools from participating.” John Benson, then-state superintendent of education, characterized as “lunacy” the voucher program that he was to administer.

He called for regulations to impose “a more formal governance structure for the schools [and] more state financial oversight.”

A Benson spokesman told The Boston Globe “religious schools [will] be very sorry they got into this. The state will demand accountability, and the result will be two public school systems.”

In the early days, school choice dangled by a thread in Wisconsin. Now, with three decades of solid gains, the prospect of new gubernatorial leadership, and enormous growth in the number of parents who want control of their children’s education, we see unprecedented opportunity. 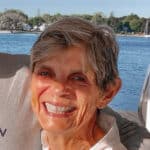 Susan Mitchell is a founding member and former board chair of School Choice Wisconsin.