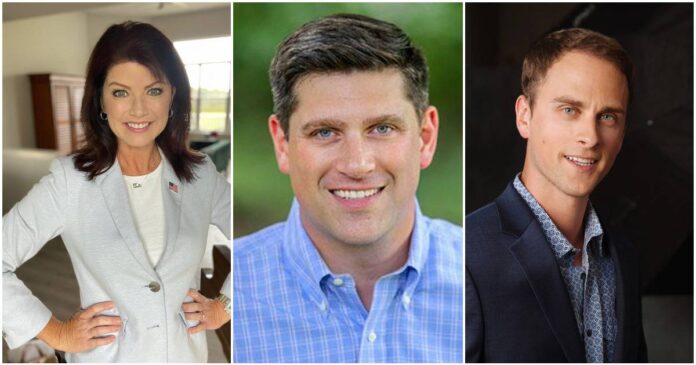 An internal poll conducted for the Rebecca Kleefisch campaign shows her with a large lead against Kevin Nicholson and Jonathan Wichmann.

Kleefisch’s campaign poll shows her at 61%, Nicholson at 8%, and Wichmann at 5%.

The poll was released two days after Wisconsin Right Now reported that Nicholson, a former Marine and combat veteran, will be announcing a campaign for governor within days. Naysayers will say that the poll was commissioned by Kleefisch’s campaign; it was released at a strategic moment and could also be read as an attempt to stunt Nicholson’s momentum out of the gate. The poll also comes before Nicholson has announced officially, run TV ads, or hit the campaign trail as a candidate. Wichmann, a digital marketer, has been running as an anti-establishment candidate. The poll indicates that Wichmann draws support from Nicholson.

We reached out to the campaigns for Kleefisch, Nicholson, and Wichmann for comment. The Kleefisch campaign declined to comment. We will add comments from the other campaigns into this article if it is received.

The poll was conducted by Tarrance Group for People for Rebecca. An internal campaign memo says the poll was “a survey of likely Republican primary voters in Wisconsin. These findings are based on telephone interviews with N=800 registered “likely” Republican voters in the state. Responses were gathered January 10th – 13th, and the margin of error associated with a sample of this type is + 3.5% in 95 out of 100 cases.”

Here is the executive summary contained in the Kleefisch campaign internal memo:

When it comes to choosing their nominee for Governor, Wisconsin Republican voters are drawn to the leadership and experience of former Lieutenant Governor Rebecca Kleefisch. Rebecca is known by 87% of likely Republican primary voters, with a hard image of 66% favorable and only 8% unfavorable. This is over an 8:1 ratio of favorables to unfavorables.
Furthermore, her favorable rating has real intensity behind it, with 45% of voters “strongly favorable.” Voters not only like Rebecca, they are energized behind her vision and values.

That image translates directly into ballot support. In a hypothetical head-to-head against perennial candidate Kevin Nicholson, Rebecca Kleefisch has the support of 65% of voters, with Nicholson at only 12%. Furthermore, in a hypothetical multi-candidate ballot, Kleefisch shows the durability of her support, staying above 60%. Meanwhile, Nicholson is in the single digits within the margin of error of Jonathan Wichmann.

Candidate name asides, Wisconsin Republicans are looking for experience. Asked directly about the profile of their next Governor, “would you rather have someone who is an experienced conservative reformer, or an outsider who has never held office?” a 63% super majority choose the experienced conservative reformer. By all measures, Rebecca Kleefisch has the image, enthusiasm and support of broad segments of the Wisconsin primary electorate.