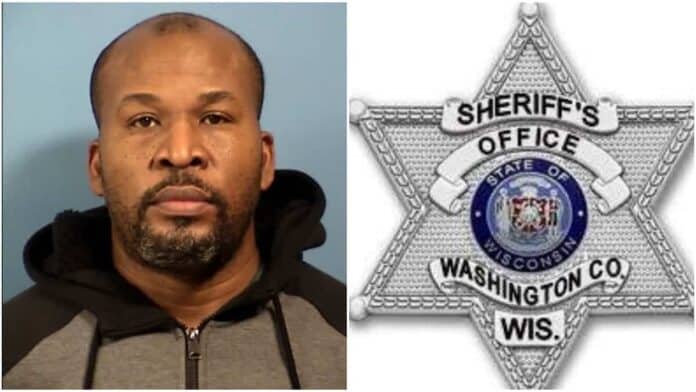 “He activated his hazard lights and then began a backing maneuver on the highway. While backing up on the freeway the trailer was struck,” – Washington County Sheriff’s Department

Thony Renelique is a 48-year-old Florida man who is accused of putting his semi truck in reverse on I-45, killing a 49-year-old West Bend man.

“A 48-year-old Florida man was arrested in Darien, Illinois Sunday morning by Washington County Sheriff investigators with the assistance of local authorities in connection to a fatal traffic accident that occurred on Friday night around 8:00p.m. on USH 45 near STH 60,” the Washington County Sheriff’s Department wrote in a Jan. 10, 2022, news release.

“Thony Renelique remains in custody in Du Page County, Illinois, awaiting extradition back to Wisconsin. Renelique has been charged with homicide by negligent operation of a vehicle. If found guilty, he could face up to ten years in prison,” Sheriff’s officials said.

Renelique lives in Temple Terrace, Florida, according to online court records. The victim’s name was not released. Thony Renelique says on Facebook that he’s from Haiti.

“Renelique told investigators on the night of the accident that he was driving his semi-tractor trailer northbound on USH 45 approaching STH 60. He said he began to slow down to exit when he was rear-ended by a northbound van. Evidence at the scene was not consistent with that version of events, but Renelique continued to say he was driving northbound around 40mph when hit.

Authorities continued the investigation throughout the weekend. On Saturday, investigators obtained surveillance video from a local business that confirmed the investigator’s suspicions. Renelique had missed his exit and came to a complete stop in the lane of traffic. He activated his hazard lights and then began a backing maneuver on the highway. While backing up on the freeway the trailer was struck. The victim, a 49-year-old, West Bend man was killed.

On Saturday, investigators attempted to find Renelique again. Investigators learned that he had left the area. He was eventually tracked to the Chicago area. Investigators traveled to Illinois late Saturday and were able to locate him.He confessed to authorities and said he lied because he was in shock.

“These professional partnerships enabled this rapidly evolving investigation to culminate with an arrest being made out of state within 48 hours,” the Sheriff wrote. “This was a tragic incident that impacted many. Our thoughts and prayers go out to all that were tragically affected by this.”