More Police Officers Died in 2021 Than Any Year on Record 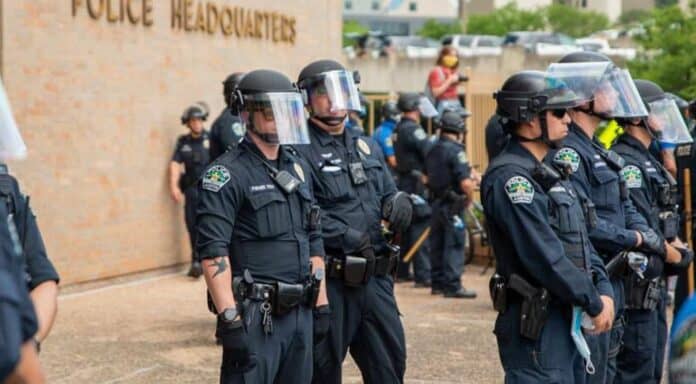 (The Center Square) – More police officers in the U.S. died in 2021 than any other year officer fatalities have been recorded, according to the National Law Enforcement Officers Memorial Fund.

Last year’s numbers were significant because officer deaths in 2020 were the second-highest the Memorial Fund recorded since 1930, when 312 officers died.

Deaths the Memorial Fund recorded in 2021 topped those figures.

The most officers shot in the line of duty this year were in Texas, with 42 officers shot, followed by 25 shot in Illinois and 21 shot in California, according to FOP data.

The number of officer shootings and deaths varies by the agency or group reporting the data and the criteria being used.

According to the Officer Down Memorial Page, 479 officers died in 2021. The majority, 322, died from or with COVID-19. The next highest cause of death was gun-related, with 61 dying from gunfire and inadvertent gunfire, the group reports.

The FOP reports that 836 officers died this year from or with COVID-19, based on a compilation of news reports, which it states haven’t all been verified. The state that lost the most officers reportedly to the coronavirus was in Texas, losing 194 officers. Florida had the next highest loss of 74, followed by California’s 64.

According to FBI data, 70 law enforcement officers were fatally wounded in 2021, with 25 being victims of unprovoked attacks. Another 56 died from accidents, with 31 dying in a motor vehicle crash.

Felonious deaths accounted for a 55.8% increase in the first 11 months of 2021, the FBI reports, with southern states reporting the most of these deaths.

In 2021, unprovoked attacks continued to outpace all other circumstances of felonious officer deaths, the FBI found.

“Every felonious attack on a law enforcement officer, especially by gunfire, is disturbing regardless of the circumstances,” the FOP says. “Officers are always susceptible to life-threatening attacks and therefore must always be vigilant and maintain the highest level of situational awareness. In most cases, officers are able to quickly assess situations, recognize threats, and take adequate defensive actions. Tragically, not every threat can be seen or mitigated.”

Ambush-style and other calculated attacks on law enforcement officers are carried out with an element of surprise intended to prevent the officers from being able to defend themselves, the FOP said.

“Premeditated attacks contribute to a worrisome desensitization to evil acts that were once largely considered taboo except by the most depraved,” the FOP added.

In 2020, 49% of shooting incidents involved a discernible element of premeditation, a 7% increase from 2019, the FOP reports.