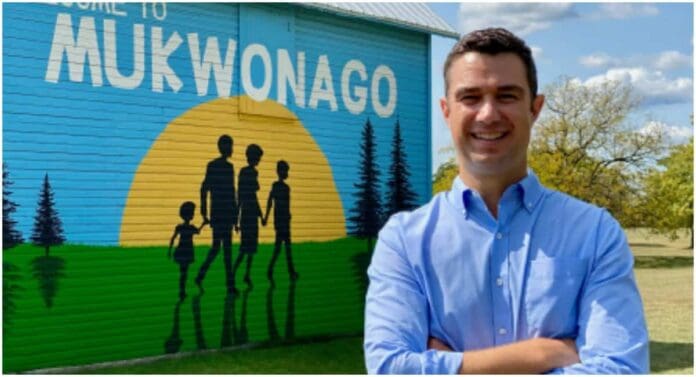 $1,000 — that’s all Darrell Brooks had to pay to be released from prison after being arrested for running over the mother of his child in his now-infamous red SUV. For less than the cost of a Playstation 5, Milwaukee District Attorney John Chisolm’s office let a serial violent offender walk free.

The true cost of Brooks’ bail was far higher: six dead, many more injured and countless families that will never be the same.

The Waukesha massacre was shocking for a number of reasons — the nature and setting of the killings, the fact that the victims were school children and grandparents, the way it was all caught on camera. But families across the state are confronted with less-public tragedies every single day due to people that twist the justice system to put law-breaking criminals ahead of law-abiding citizens.

Some soft-on-crime politicians are okay with that price-cost trade-off. In fact, Chisolm “guaranteed” that a beneficiary of his soft-on-crime approach would not only re-offend, but kill someone. That is unconscionable. Across the state, families and communities are being ripped apart by criminals let back onto the streets when they should be behind bars.

Milwaukee, which has had a homicide rate 11 times that of the rest of the state, is closing in on 200 homicides for 2021. By the time you read this, the city may have already broken the record for most homicides set just last year. But as recently as 2019, the city experienced 98 homicides for the entire year. And it’s not just murder rates that are on the rise. Rapes, robberies, and aggravated assaults are all up as well.

Drug overdoses were up more than 20 percent in Wisconsin last year, continuing a terrible, deadly trend. Opioids have received a lot of blame — and deservedly so — for the spike in deaths and crime associated with the drug trade. But it would be a mistake to ignore another deadly culprit. Methamphetamine has torn a path of destruction across Wisconsin, again fueled by the same type of repeat offenders.

Take, for instance, a Grant County felon by the name of Jeremy Koppen. With a record of felony child abuse charges and meth convictions dating back to 2005 (including five meth possession and distribution convictions since 2017), if the legal system had a frequent flier program, he’d be a platinum club member. Because Koppen and his ilk, meth overdose deaths are set to double this year in some places in Wisconsin. But while meth dealers like Koppen and serial violent offenders like Brooks are set loose back out to the streets time and again, communities and families across the state suffer.

Meth is available “just about anywhere you want to get it” in Wisconsin’s Northwoods, and has resulted in homicides and burglaries, Rusk County Sheriff Jeff Wallace told an Eau Claire TV station earlier this year. Read the station’s report and you’ll be shocked — two-thirds of child protective services cases in the county that were open in May were due to drug-related issues. As I’ve traveled the state, I’ve heard from people in places like Hayward who tell me that one of the major issues driving labor shortages is a lack of sober workers, who over the past year were paid by Tony Evers and Joe Biden to stay home and get high instead of earning an honest living.

We need to address our crime problem at the source, with criminals. Violent offenders need to be behind bars, and those that continually offend need to face harsher prison sentences. We need more law enforcement on our streets, and they need to know we have their backs as they serve in their difficult, dangerous jobs that keep our communities safe. Finally, we definitely don’t solve our crime problem by taking a more lenient approach to drug offenses or decriminalizing destructive behavior.

It’s been said that it is not the severity but the certainty of punishment that deters crime. Right now, with people like John Chisolm and soft-on-crime politicians in Madison in office, we have neither — and criminals know it. At the end of the day, public safety is all about priorities. Rich and poor, black and white, urban and rural — Wisconsinites of all types are victims of crime every day. We need leaders who put ensuring innocent Wisconsinites get home safe to their families every day ahead of cutting criminals a break.

Ben Voelkel is a former senior aide to Senator Ron Johnson and a candidate for lieutenant governor.