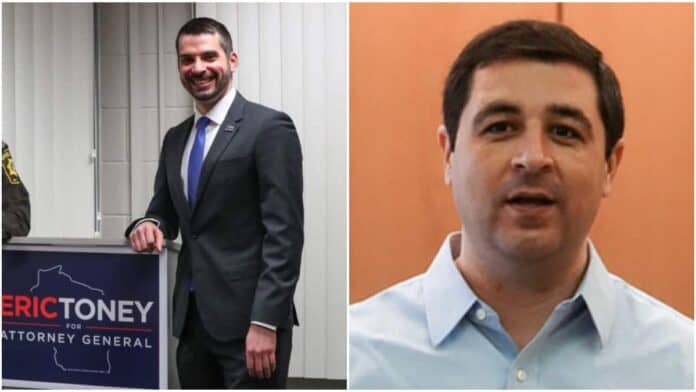 Toney also called out Kaul for his failures to effectively manage the state crime lab. (Read our investigative piece on that here.)

“Josh Kaul is pushing a recycled, liberal wish list of ideas which shows he isn’t serious about addressing the violent crime epidemic. He has defunded prosecutors and law enforcement from DOJ when more police officers and resources for law enforcement are what’s needed,” Toney said in response to a big media push Kaul is making for election time on crime.

Toney says the AG’s press conferences on crime obscure his failed record on the issue.

“It takes a focus on traditional law enforcement — not political posturing and defunding the police — including more police officers, more prosecutors, and more resources to end this homicide epidemic, not less,” said Toney.

“I’ve provided steps we must take to stop the violence in Milwaukee and prevent it from continuing to bleed into the rest of Wisconsin. First, add 10 additional criminal prosecutors and additional DCI agents to DOJ. Kaul has either cut or left unfilled critical prosecutor and DCI positions that work with local law enforcement to investigate and prosecute violent crime throughout Wisconsin.”

At a time of soaring crime rates, Kaul’s crime lab is taking in far fewer cases (a trend that started BEFORE COVID-19), but it’s also taking longer to get police and prosecutors key evidence they need to get criminals off the streets, a review of his own data shows. Kaul has offered excuse after excuse for this fact, but the crime lab’s role in public safety has unquestionably diminished under his leadership