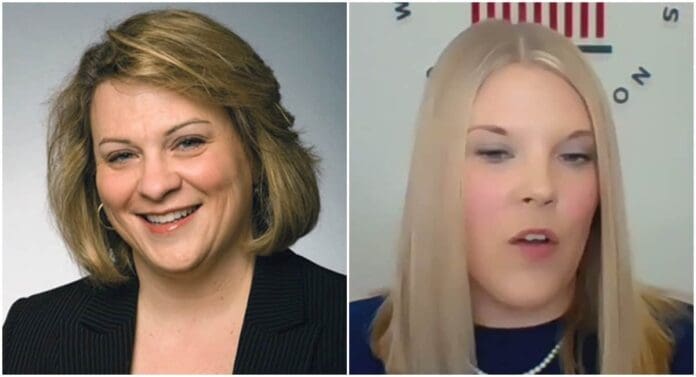 The latest call for Wisconsin’s election administrator to resign comes with a charge of misleading lawmakers.

Rep. Janel Brandtjen, R-Menomonee Falls, on Wednesday said Wisconsin Elections Commission Administrator Meagan Wolfe muddied the facts about Wisconsin’s voter roll integrity when she testified to the legislature back in June about felons and dead people who are still on the voter rolls.

“Audits designed to detect in-state double voting, as well as voting by persons who have been adjudicated incompetent or who are currently serving a felony sentence, are statutorily required and have been conducted successfully for many years,” Meagan Wolfe said at the time.

Brandtjen said the recent audit from the Legislative Audit Bureau showed that to be untrue.

Meagan Wolfe and the WEC did not have current lists of felons, or dead voters, or people who’ve been declared mentally incompetent.

“If you read that report, this is not political,” Brandtjen said. “This has nothing to do with the vote last year. These contracts from the WEC are utterly irresponsible.”

Brandtjen is running an investigation into last year’s election through her Assembly Committee on Elections. She said the LAB report, these unanswered questions, and the evidence from Racine County’s sheriff are all building to a conclusion.

“We’re getting to the point where the legislature needs to reclaim its power,” Brandtjen told The Center Square. “Having a conversation about the Secretary of State [taking over election management] and other issues needs to be on the table going forward.”