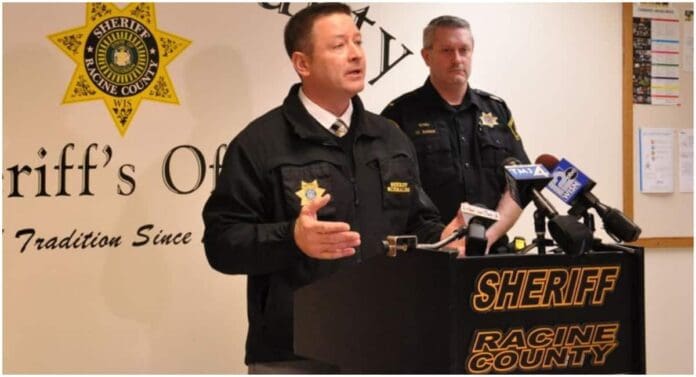 Racine County Sheriff Schmaling says he will announce “proof of state-wide election law violations” at a news conference on October 28, 2021.

The sheriff announced the news conference in a press release posted to the department’s Facebook page.

“SHERIFF TO ANNOUNCE PROOF OF STATE-WIDE ELECTION LAW VIOLATIONS,” it is headlined.

We will update you on what he announces.

Racine has been a focal point of election controversies. Racine is one of the “cities that received grant money in 2020 from a group called the Center for Tech and Civic Life, an organization funded by (Facebook founder Mark) Zuckerberg and his wife, Priscilla Chan,” WPR previously reported. Those Facebook-funded grants, which also turned up in Green Bay and Milwaukee, have been very controversial. It’s not clear whether Schmaling’s announcement has anything to do with that, though.