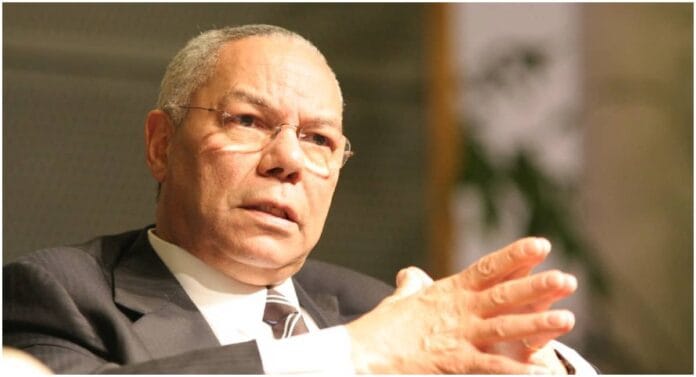 Powell had been fully vaccinated.

Former Secretary of State Colin Powell, 84, has died after complications from COVID-19.

Powell’s family issued a statement Monday announcing his passing and thanking others for their support.

“We want to thank the medical staff at Walter Reed National Medical Center for their caring treatment,” Powell’s family said in the statement, adding that he had been fully vaccinated. “We have lost a remarkable and loving husband, father, grandfather and a great American.”

Powell served as Secretary of State in former President George W. Bush’s administration, helping it through the response to the Sept. 11 terrorist attacks and the following wars in Iraq and Afghanistan.

“Laura and I are deeply saddened by the death of Colin Powell. He was a great public servant, starting with his time as a soldier during Vietnam,” Bush said. “He was such a favorite of Presidents that he earned the Presidential Medal of Freedom – twice. He was highly respected at home and abroad. Laura and I send Alma and their children our sincere condolences as they remember the life of a great man.”

Before his time as the first Black secretary of state, Powell served as Chairman of the Joint Chiefs of Staff, just one of many distinguished positions he held in his career. According to NBC News, Powell also had myeloma, a type of blood cancer.