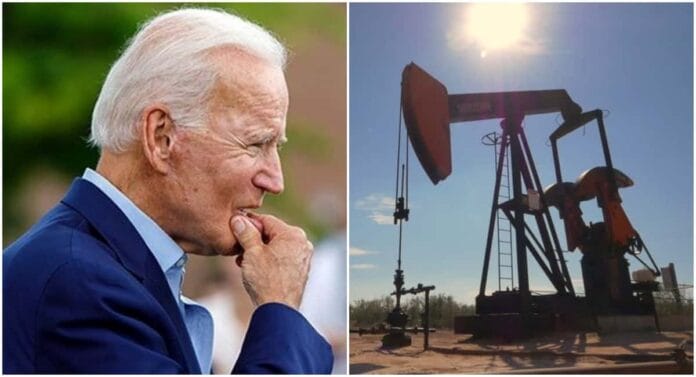 “Certainly, we all want to keep gasoline prices low, but the threat of the crisis – the climate crisis – certainly can’t wait any longer” -White House Press Secretary Jen Psaki

In Manhattan, gas prices have hit nearly $5 per gallon, while more than 40 states are experiencing gas prices over $3 per gallon. GasBuddy reports the national average for gasoline is at $3.25 per gallon, well above the prices from the same time last year.

“Now in a single day, American drivers are paying over $400 million more for gas than they were last year,” the company said.

Industry insiders have laid the blame for rising energy costs at the feet of President Joe Biden, citing increased regulations.

The Biden administration has been mulling additional oil and gas methane emissions regulations that would hit producers and the states that rely on their tax revenue, particularly hard.

Among his first acts after being sworn in, Biden revoked federal permits for the Keystone Pipeline. The 1,700-mile pipeline was to span six U.S. states and carry about 800,000 barrels of oil a day from Alberta, Canada, to the Texas Gulf Coast, creating more than 10,000 U.S. jobs.

“High gas prices are the direct result of supply and demand,” said Daniel Turner, executive director of the energy workers advocacy group, Power the Future. “The Biden administration made the supply the direct target of their assaults from the very first moments after his inauguration when he targeted the Keystone Pipeline. Since then, multiple regulations on fracking and land use, a weaponized EPA and Department of Interior, have all punished the production of fossil fuels. As a result, oil, gas, and coal, have all doubled in price.”

“The high costs of fossil fuels are passed on to consumers,” Turner said. “That’s why gas is so expensive at the pump, but also durable goods, food, electricity, clothing. Expensive energy produces more expensive goods, and punishing the energy industry results in a de facto tax on America’s middle and working class who pays more just to live.”

Gas prices affect other consumer costs as well, making other goods more expensive, including food, the price of which has risen significantly this year. Transporting goods to market relies heavily on oil and gas, and when those costs rise, most goods become more expensive.

Others say COVID-19 hangups have contributed to the rise in energy costs as well.

The Bureau of Labor Statistics reported in September that the energy index rose 25% in the previous 12 months while the food index increased 3.7%.

White House Press Secretary Jen Psaki defended the president’s role in the prices earlier this month, saying the White House was monitoring the situation, talking with OPEC and had taken steps to address it. She went on to say that climate change issues are more important.

“Certainly, we all want to keep gasoline prices low, but the threat of the crisis – the climate crisis – certainly can’t wait any longer,” she said.

“Remember when Biden canceled the Keystone pipeline on his first day?” said Ronna McDaniel, Chairwoman of the Republican National Committee. “Now Americans are paying the highest gas prices since 2014.”

Republicans have leveraged the heightened energy costs against Democrats. In many states, energy production jobs rank as a top campaign issue.