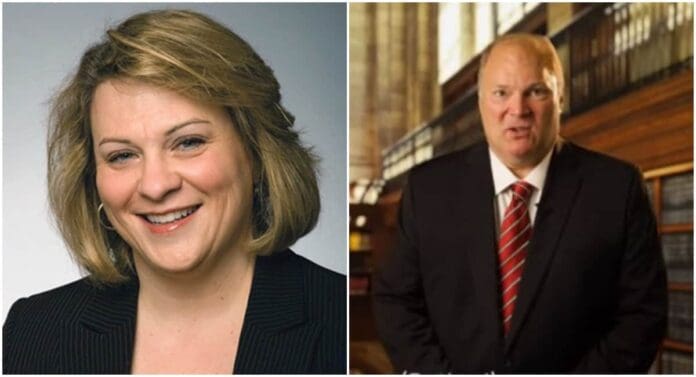 “I do not approve of the current list of subpoenas to the five Wisconsin Mayors, as this provides immunity to them in any trial or criminal proceedings.” -Rep. Janel Brandtjen

The top Republican on the Wisconsin Assembly’s election committee says the special investigator looking into last fall’s vote doesn’t speak for her.

Rep. Janel Brandtjen, R-Menomonee Falls, on Monday released a statement saying she opposes any deals with the mayors of the so-called Wisconsin Five, and is not a part of former Supreme Court Justice Mike Gableman’s investigation.

Brandtjen has been running her own investigation through her committee since January. She too is focusing on the Mark Zuckerberg-funded Center for Tech and Civic Life. And she too wants answers from the mayors of Milwaukee, Madison, Green Bay, Racine, and Kenosha.

“The current subpoenas have not been approved by the Assembly’s Campaigns and Elections Committee,” Brandtjen wrote. “I do not approve of the current list of subpoenas to the five Wisconsin Mayors, as this provides immunity to them in any trial or criminal proceedings.”

“Mayor [Eric] Genrich of Green Bay allowed a non-profit group to operate central count, provided this non-profit group keys to central count, and issued a city ID to a partisan operative from New York,” Brandtjen explained. “He has committed dereliction of duty and should be held accountable. Providing him immunity after all the time it has taken to uncover his actions will not serve justice.”

“Justice Gableman has recently defamed the Arizona Audit as ineffectual. If he had read the report, he would have realized they discovered 17,000 duplicate ballots, 23,000 mail-in ballots from people who no longer live at the listed address, and 9,000 more mail-in ballots received than sent,” Brandtjen added. “We are not questioning how many ballots were counted; we are questioning the number of ballots that may be fraudulent.”

Brandtjen also wants to expand her investigation into a full forensic audit of November’s vote.

Gableman put out this YouTube video over the weekend saying that if Wisconsin’s election laws weren’t broken last year, then local election managers certainly stretched them to nearly the breaking point.

Gableman has the backing of Assembly Speaker Robin Vos, R-Rochester, who’d signed-off on his subpoenas. Vos has not signed-off on subpoenas that she’d like to issue.

“There is also evidence that ambiguities in the law were expansively interpreted, so much so, to potentially undermine ballot security measures,” Gableman said. 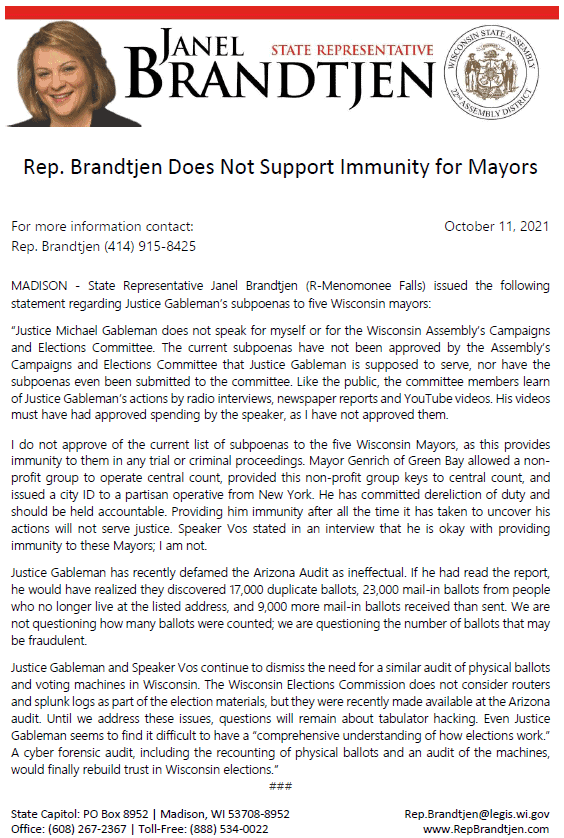