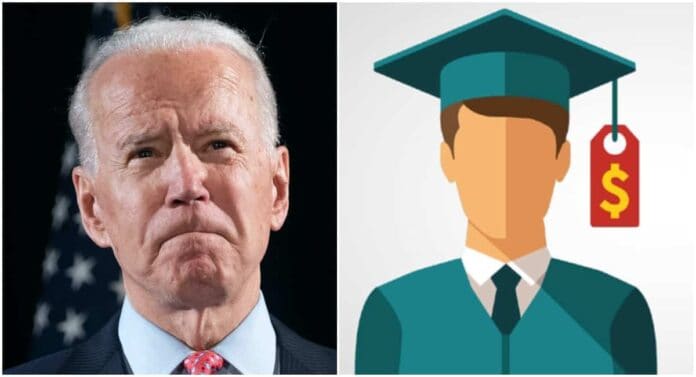 “With this TPD action, the Biden-Harris Administration has now approved approximately $8.7 billion in student loan discharges for roughly 455,000 borrowers”

A federal student loan forgiveness program aimed at helping out public servants is getting an overhaul after media reports exposed major problems with the program.

The U.S. Department of Education announced Wednesday that the Public Service Loan Forgiveness (PSLF) Program will undergo an overhaul to make sure more public servants, including members of the military, receive taxpayers’ funds to help them repay their debts.

“This is an entire system who let down our men and women in uniform,” said Seth Frotman, head of the Student Borrower Protection Program.

The announcement comes just a few days after media reports, including a CBS “60 Minutes” investigation, showed that military members were frustrated with the program for its complex requirements and complicated approval process that prevented many from receiving the benefits. The program drew national attention when it was reported that 98% of applicants were denied.

“This policy will result in 22,000 borrowers who have consolidated loans – including previously ineligible loans – being immediately eligible for $1.74 billion in forgiveness without the need for further action on their part,” the Department of Education said in its announcement. “Another 27,000 borrowers could potentially qualify for an additional $2.82 billion in forgiveness if they certify additional periods of employment. All told, the Department estimates that over 550,000 borrowers who have previously consolidated will see an increase in qualifying payments with the average borrower receiving another two years of progress toward forgiveness.”

Congress enacted the program in 2007 as a way to reward those who were public servants for over ten years, but has been marked by bureaucratic difficulties and failure to deliver on its promises.

“Many more will also see progress as borrowers consolidate into the Direct Loan program and apply for PSLF, and as the Department rolls out other changes in the weeks and months ahead,” the agency said.

The agency said it will streamline the process and lessen requirements for applicants, meaning some previously rejected applicants can now be accepted.

The Department of Education announced in August that 323,000 borrowers who are totally and permanently disabled will see $5.8 billion in student debt “discharge.”

The program revamp comes after the Biden administration announced student loan forgiveness for the disabled earlier this year.

This action is one of several regulatory maneuvers Biden’s Department of Education has conducted to relieve student debt even as the president has so far held off on a more sweeping student loan forgiveness advocated for by some Democrats.

“From day one, I’ve stressed that the Department of Education is a service agency,” U.S. Secretary of Education Miguel Cardona said at the time of the announcement. “We serve students, educators, and families across the country to ensure that educational opportunity is available to all. We’ve heard loud and clear from borrowers with disabilities and advocates about the need for this change and we are excited to follow through on it. This change reduces red tape with the aim of making processes as simple as possible for borrowers who need support.”

Biden has received heavy pressure from progressives in his own party, including his own Majority Leader Sen. Chuck Schumer, D-N.Y., to take executive action to forgive up to $50,000 in student loan debt per person, a plan that would cost American taxpayers $1 trillion, according to Brookings.

“With this TPD action, the Biden-Harris Administration has now approved approximately $8.7 billion in student loan discharges for roughly 455,000 borrowers,” the agency said. “In late March, the Department restored $1.3 billion in loan discharges for 41,000 borrowers who had seen their loans reinstated after not responding to requests for earnings information. Since March 2021, the Department has also approved more than $1.5 billion in discharges through the borrower defense to repayment process for nearly 92,000 borrowers whose institutions took advantage of them. In addition, the Department has extended the pause on student loan repayment, interest, and collections, to January 31, 2022, which helps 41 million borrowers save billions of dollars a month.”

“That sacred promise that if you work hard, if you play by the rules, one day, you’re going to make it here in America,” Schumer said. “For too many, that dream sadly seems like a fantasy. Students don’t need their debts paused – they need it erased.”