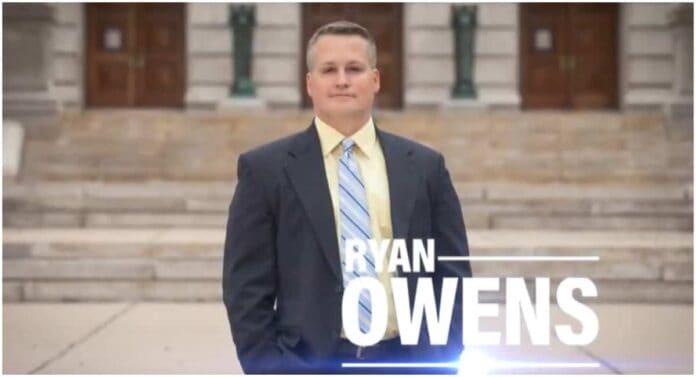 Ryan Owens has confirmed in a press release that he has dropped out of the race for Wisconsin Attorney General.

Throughout this campaign I have worked to present an optimistic message for how we can improve our freedom and safety. I’ve talked about how we need to rise above politics as usual, protect the constitution and the rule of law, and help people retain greater power over their daily lives. So many people appreciated that message, and I truly appreciate their support.

The last few weeks have shown me that politics is even more disgusting than I expected. Having never run for political office before, I did not fully anticipate how disgusting it would get so quickly. You can be prepped for it, but until it happens you do not know the true impact. I could not have foreseen how much the attacks would affect my family.

Wrongheaded and false claims have taken a toll on my two boys and my wife. They are sick to their stomachs about some of the things people are (falsely) claiming. As many people know, one of my sons is autistic. He has taken these attacks particularly hard. And they are seriously impacting him.

Because I do not wish to put them through any more character assassinations I’m withdrawing my candidacy for Attorney General. I understand some will ridicule me for why I’m leaving the race, but this is the truth and my family has always, and will always, come first.

To be clear, I strenuously disagree with the recent attacks against me. They are wrong. Wrong on principle and wrong on substance.

I will always remember the support I received and will forever be grateful to those who gave so much to help. To the countless people who put their trust in me, worked hard on my campaign’s behalf, and propelled us to historic success I simply want to say thank you.