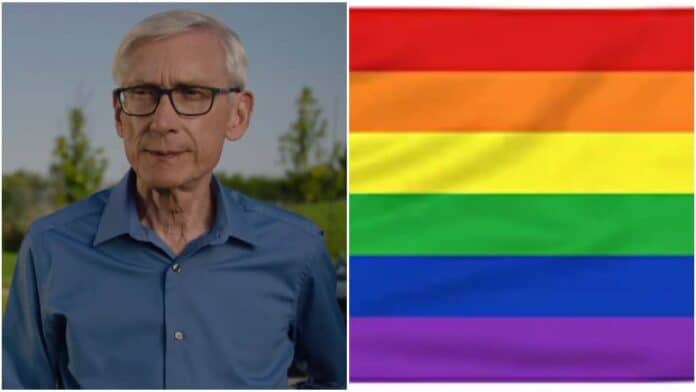 In his continuing efforts to strip gender out of state documents, Gov. Tony Evers has announced a “gender-neutral” option for birth certificates that will include “parent-parent” in addition to “mother-father.” Other changes to the birth forms include using “parent giving birth.”

Evers made the announcement this week with the Wisconsin Department of Health Services (DHS). The change begins July 1, 2021.

“Wisconsin parents will have a new, gender-neutral option for identifying the parents of a child. Birth forms used to generate birth certificates will be updated to include an option for ‘parent-parent,’ in addition to ‘mother-father,’” the press release states. “This change reflects the Administration’s commitment to gender-neutral terminology and recognizing that families are diverse and should all be recognized and valued in state systems.”

Evers doubled down on his commitment to “gender-neutral terminology.”

“This change reflects my and my administration’s commitment to gender-neutral terminology and to recognizing that Wisconsin families are diverse and should be valued and respected,” said Gov. Evers. “I am glad to see this change being made as we continue to update our state policies and procedures to better reflect the Wisconsinites we serve.”

“We are working hard to make Wisconsin a more inclusive, equitable, and just state and this update ensures our LGBTQ Wisconsinites are seen and heard when welcoming a child into the world,” said DHS Secretary-designee Karen Timberlake. “Updating our birth certificate forms is one important step on the long road to adopting gender-neutral language in all of our external documents.”

“After July 1, 2021, individuals who would like to request that the label on their or their child’s existing birth certificate be switched to parent-parent can contact the Vital Records Office by email or by calling, 608-266-1373,” Evers wrote.

“Families have told us that a birth certificate that doesn’t accurately reflect their growing family can take away a piece of the joy when welcoming a new baby,” said Sue Erickson, President and CEO at UnityPoint Health-Meriter. “We are so pleased that Wisconsin created a more inclusive birth certificate form to reflect the families of our state and community. This change allows all birthing parents to focus solely on their newborn.”