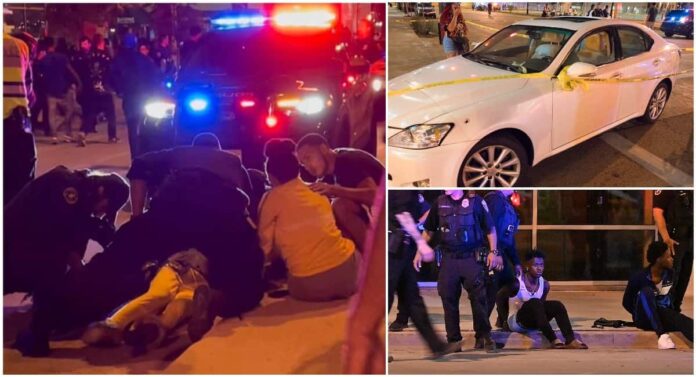 We recorded the celebratory moment last night in the Deer District of Milwaukee as the Milwaukee Bucks brought home a championship trophy, electrifying and seemingly uniting the city, for a few hours at least. But a couple hours later, around 1 a.m., we found ourselves running for cover. A heavy barrage of gunfire broke out at Water Street – again.

We heard about 20 rapid-fire shots and for a time they seemed to be coming dangerously toward us. We even saw what seemed like muzzle flashes as people practically trampled us to get to safety. We feared for our lives for a few seconds, wondering: Is this an active shooter? Are we doing the right thing by hiding in a small enclave off the sidewalk or is that going to make us sitting ducks?

When the chaos settled (a crowd of people ran for their lives along with us), a woman lay shot in the street. 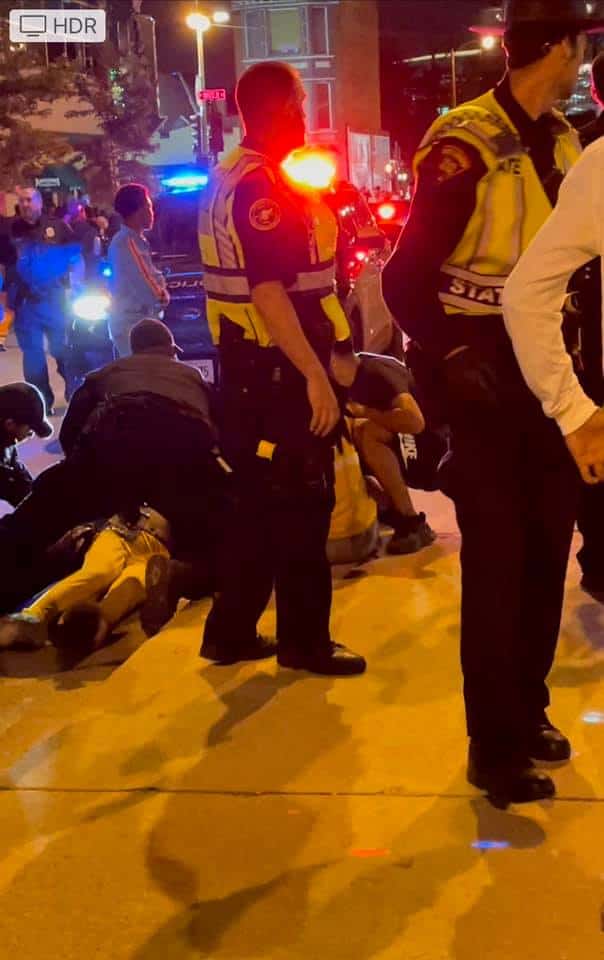 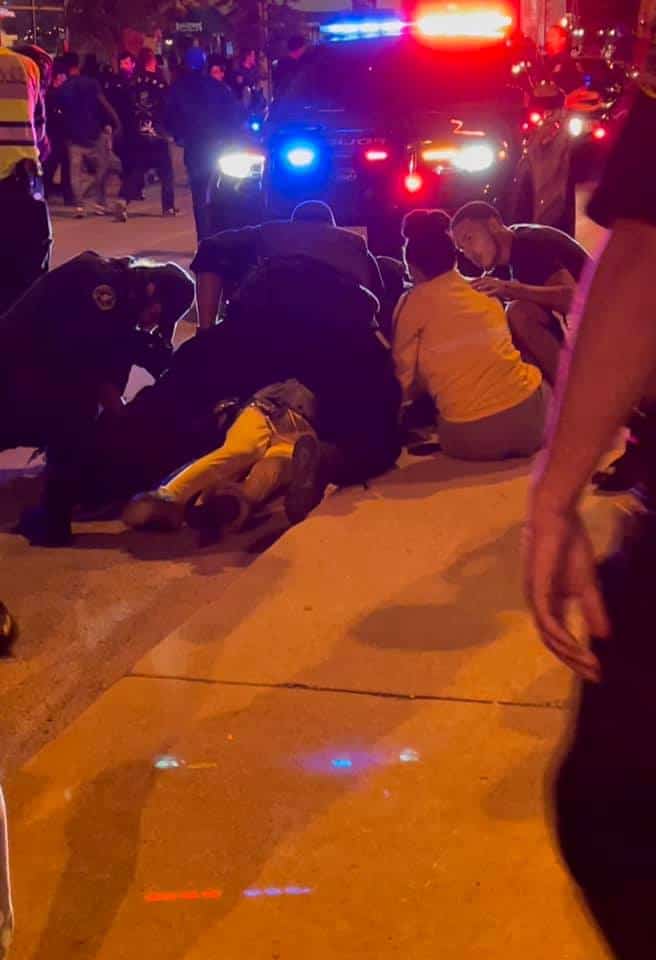 Here’s where we hid: 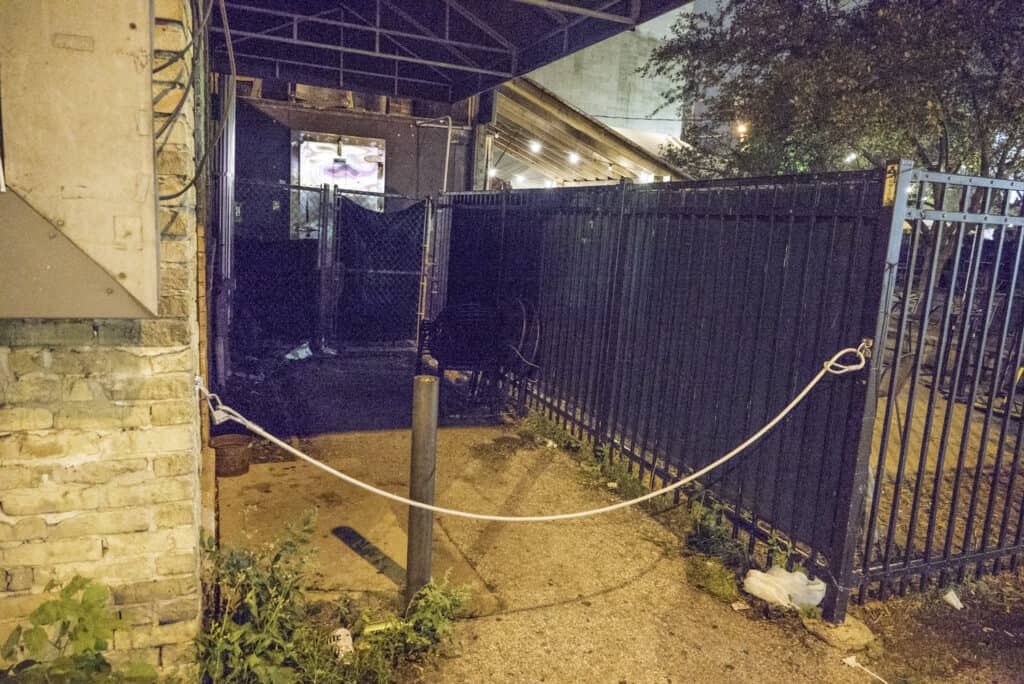 Here’s video we recorded just seconds after the gunfire. It starts with us hiding with others.

Two other people were also shot at different spots surrounding the litter strewn parking lot that lines Water and Juneau down to Knapp. The woman lay in the street, not moving much for some time, but she eventually appeared alert and conscious as she was put into an ambulance and taken away. The shootings this time weren’t life-threatening. But that’s just random luck because two shootings have ended up in homicides this summer along Water Street, which used to be a safe area for college kids to get a drink. 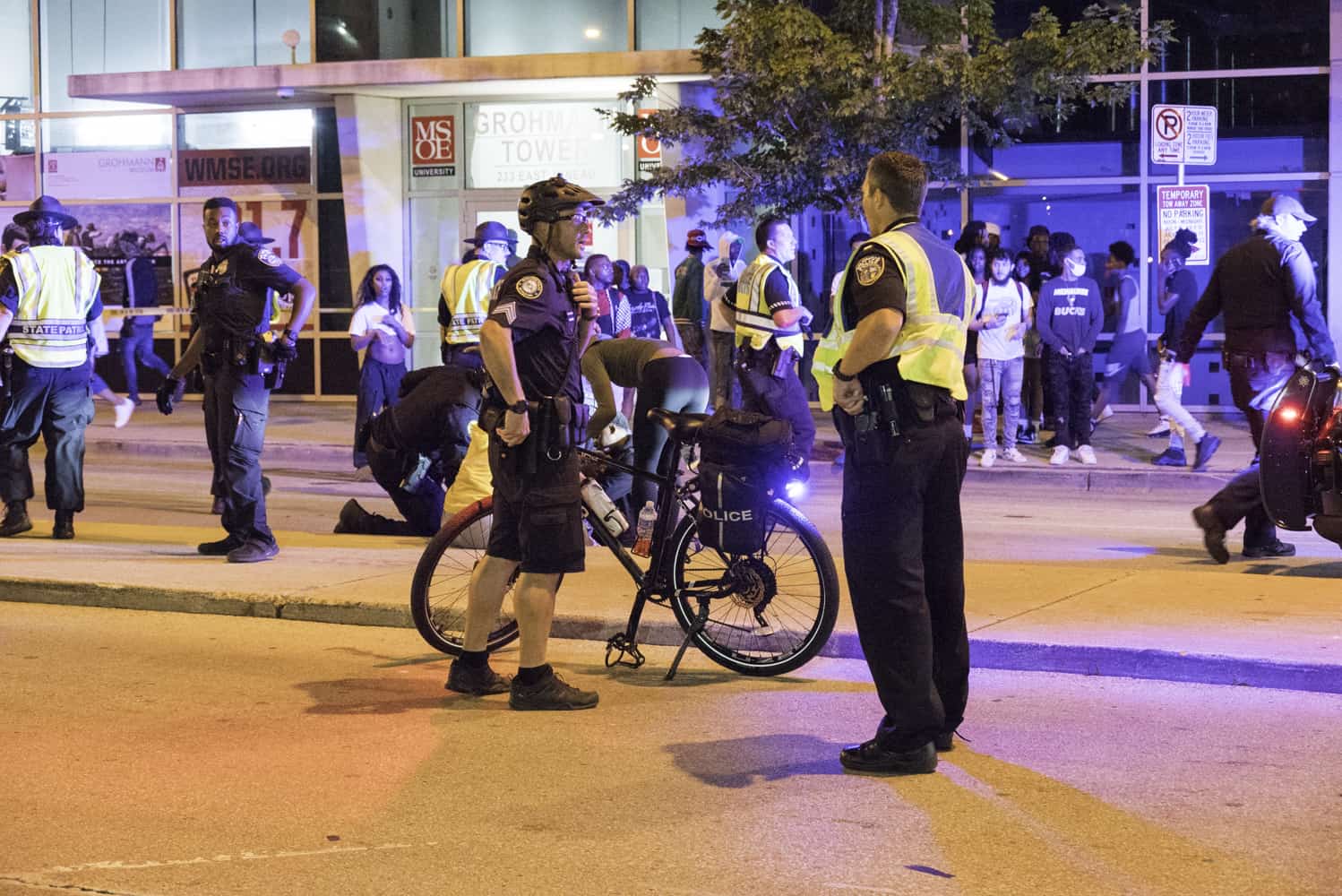 Yet the city has been unable to come up with a coherent plan to deal with the disorder that manifests in the violence, and the mayor is playing ostrich-in-the-sand right now. He’s MIA, while businesses and residents suffer.

There were three crime scenes and two shooting incidents Tuesday night – a crime scene on three of the four corners of that parking lot area – which occurred simultaneously. We watched as the police, so maligned by the Bucks players and owner and media in recent times, heroically ran toward the danger, helping save the woman writhing in the street on Juneau just a few feet from Water. 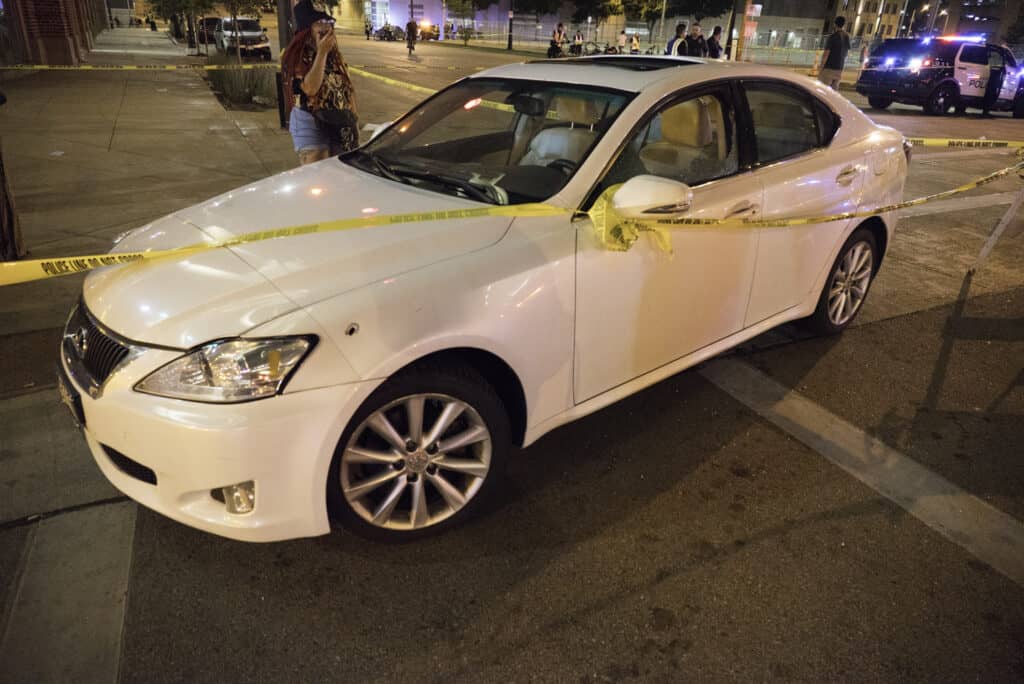 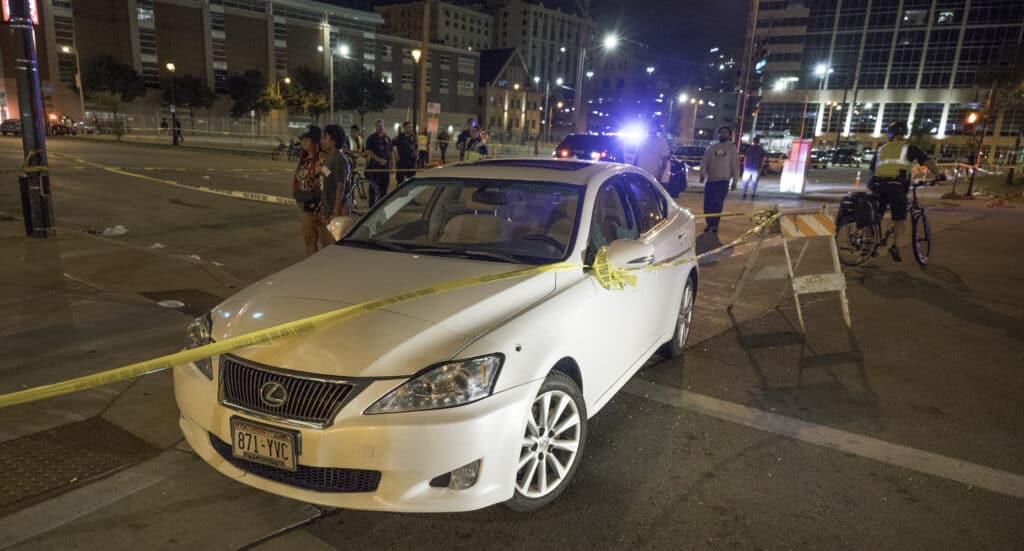 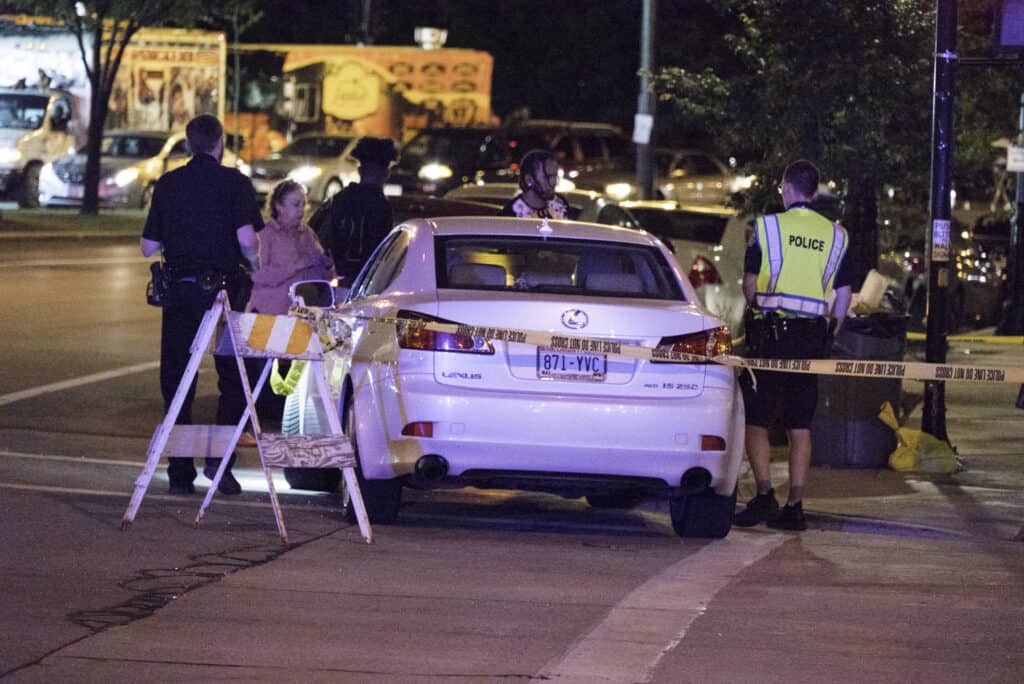 We watched as a white jeep without license plates broke through barricades and drove away down the streets (not the first incident of reckless driving we saw that night; we saw two other crashes on side streets, and, in one, the cars had simply been abandoned in the middle of the road). We heard MPD has a suspect and isn’t interested in the jeep; it wasn’t involved in the shootings and was probably fleeing the gunfire.

Water Street is very dangerous, especially for women. If you value your life, don’t go there at night.

The shot woman is at least the fourth woman shot on Water Street this summer. We were very close to two of those shootings. Three of those shootings occurred in literally about a single block area near Water and Juneau. It almost always happens the same way; a generally orderly crowd starts to go south at about 1 a.m. due to open intoxicants and general misbehavior. Then it turns on a dime. Men have also been shot.

Despite being activated, the National Guard were barely a presence. We didn’t see them at all when the shootings broke out. We saw outnumbered police, wearing LED lights and standing in clusters, so they could rush to intervene in developing disorder scenes. After the shootings, a thinner but still sizeable crowd remained.

This was all a far cry from the positive and jubilant crowd in the Deer District. We recorded that too, and it was fantastic to see, and nothing unsafe occurred.

We captured scenes of the glory, the happiness and the pride. It was a glimpse of what Milwaukee CAN BE if it truly comes to terms with solving its issues. Here’s a gallery of the positive scenes:

We seesawed from thinking: How great for Milwaukee! To thinking: When that NBA trophy ends up back in the case, this is the reality, and the city just isn’t willing to deal with the real issues. Neither are the Bucks, frankly. 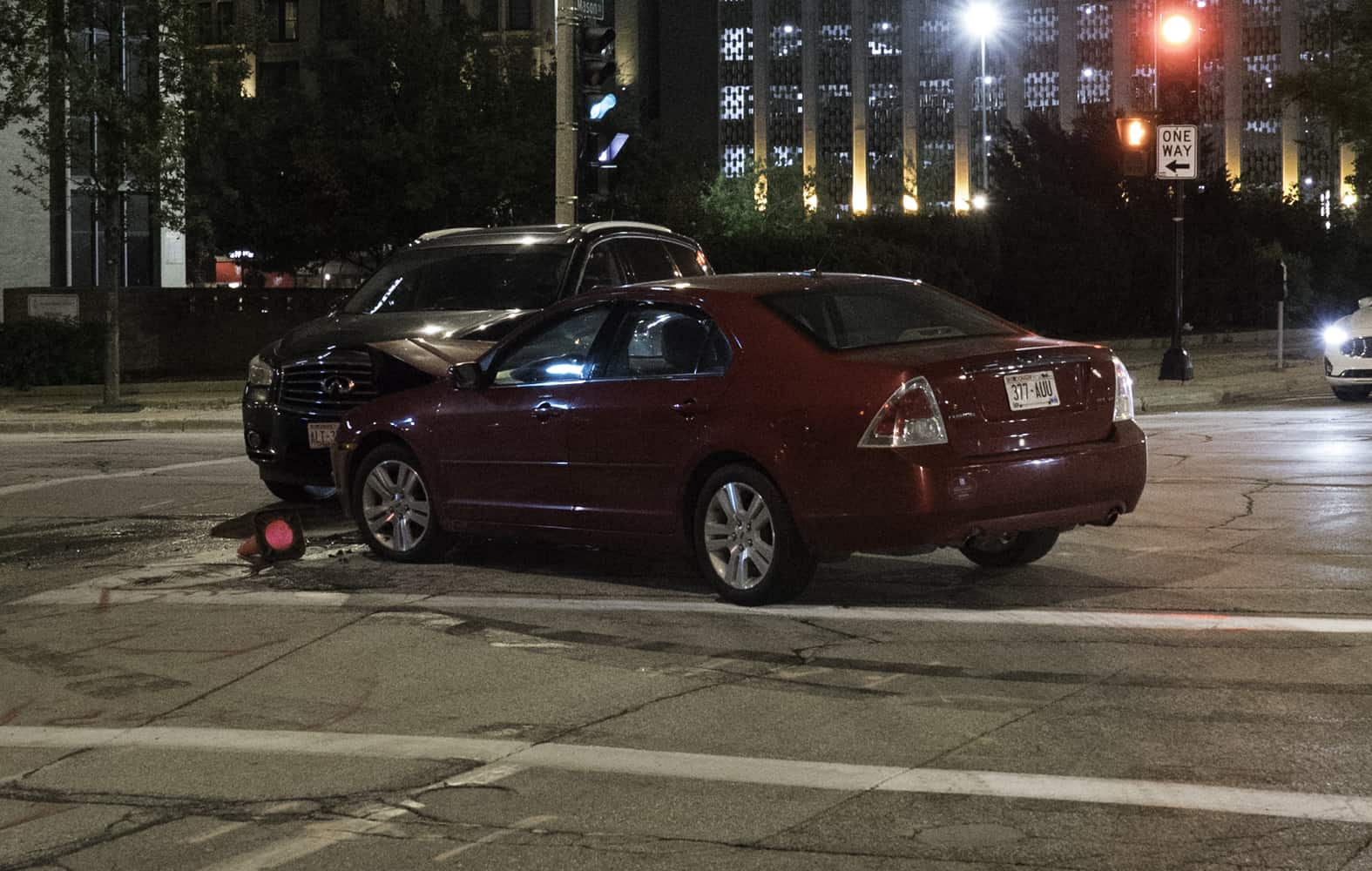 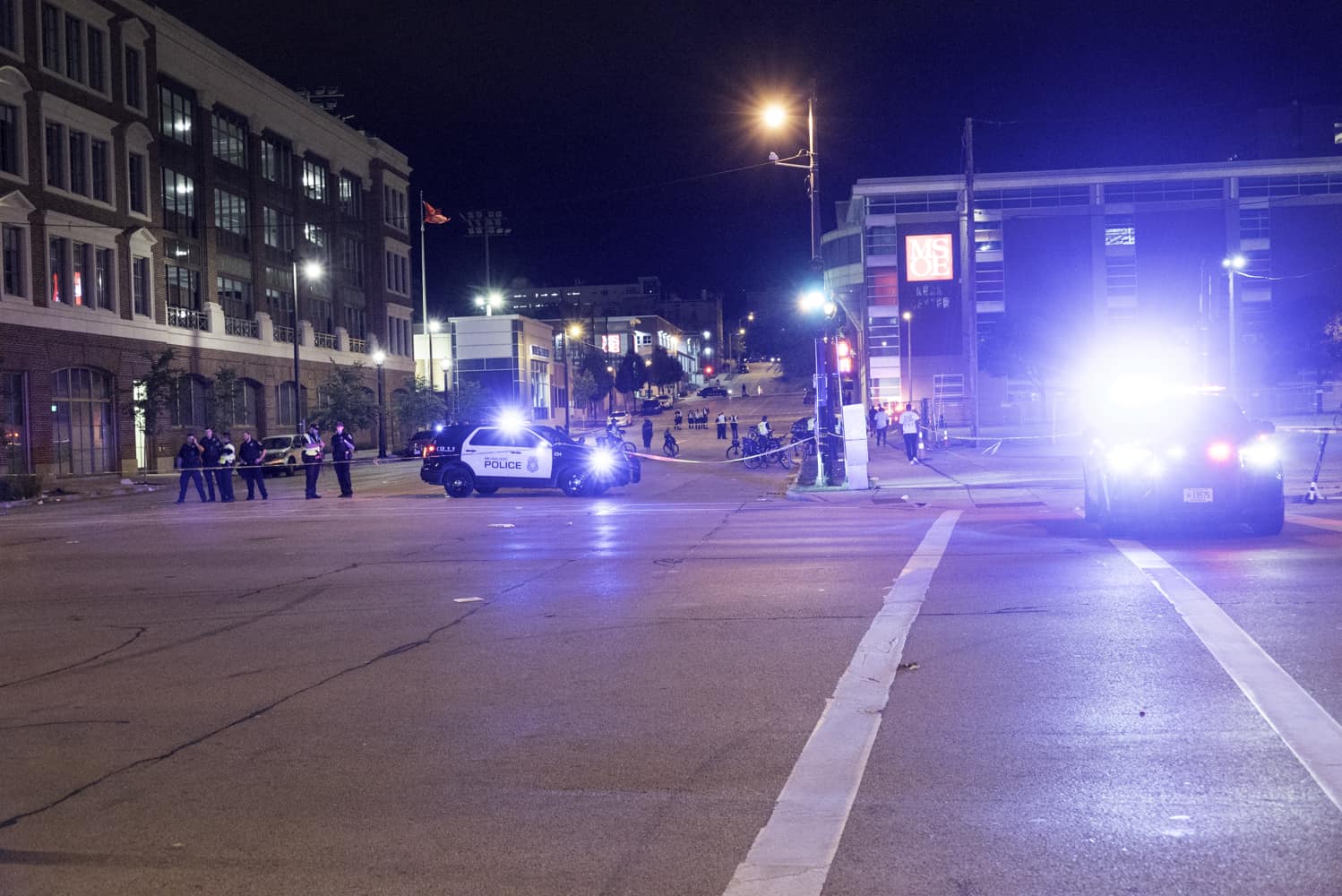 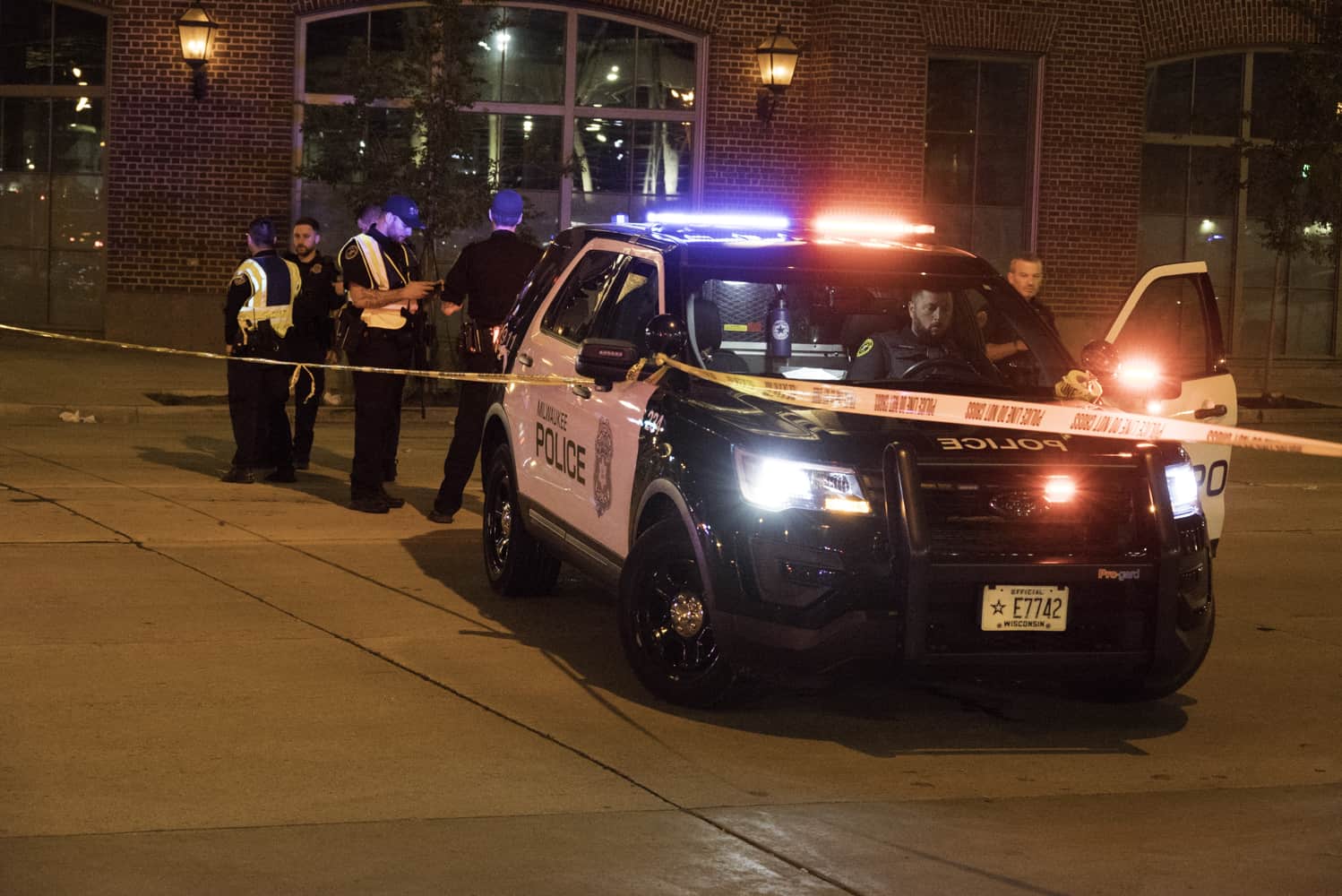 “On 7/20/2021, at approximately 8:30 p.m., on 400 W. Highland Avenue. An individual pushed a metal gate, which caused a breach in the barrier and knocked an officer to the ground. Several fans ran into the grounds through the breach and trampled the officer that was on the ground. The officer, a 33-year-old male, sustained non-life-threatening injuries. He was transported to a local hospital for treatment. A 41-year-old Green Bay man was arrested. Criminal charges will be referred to the Milwaukee County District Attorney’s Office in the upcoming days.

On 7/20/2021, at approximately 9:00 p.m., on 400 W. Highland Avenue. Officers observed a suspect consuming alcohol and concealing a firearm. The suspect attempted to grab his firearm; however, officers were able to take him into custody. The suspect, a 21-year-old South Milwaukee man, was arrested. Criminal charges will be referred to the Milwaukee County District Attorney’s Office in the upcoming days.

On 7/21/2021, at approximately 12:40 a.m., MPD investigated a shooting that occurred on the 200 block of E. Juneau Avenue. Suspects fired shots subsequently striking the victim. It does not appear that the victim was the intended target. The victim, a 19-year-old Wauwatosa woman sustained non-life-threatening injuries. She was transported to a local hospital for treatment. An 18-year-old Milwaukee male was arrested in connection to this incident. Milwaukee Police continue to seek additional suspects. Criminal charges will be referred to the Milwaukee County District Attorney’s Office in the upcoming days.

On 7/21/2021, at approximately 12:42 a.m., MPD investigated a shooting that occurred on the 200 block of E. Knapp Street. Unknown suspects fired shots subsequently striking the victims and several vehicles. The first victim, A 22-year-old Illinois man, sustained non-life-threatening injuries. He arrived at a local hospital. The second victim, a 32-year-old Milwaukee man, sustained non-life-threatening injuries. He was transported to a local hospital for treatment. A 25-year-old Milwaukee man was arrested in connection to this incident. Milwaukee Police continue to seek additional suspects. Criminal charges will be referred to the Milwaukee County District Attorney’s Office in the upcoming days.”