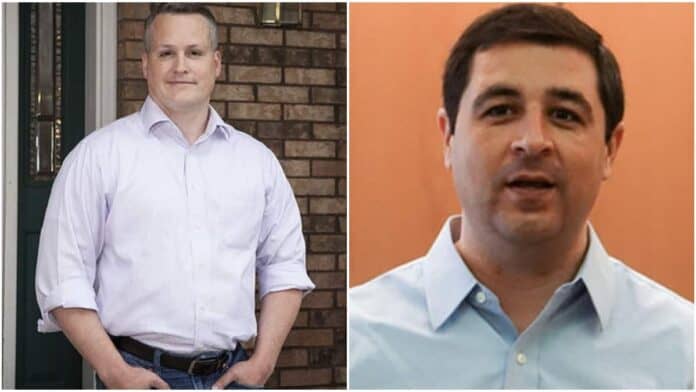 “Wisconsin Right Now published an eye-opening article presenting numerous failures of the Josh Kaul administration. Failure to work with the legislature on rape kit reform, an inefficient and underperforming state crime lab, and a hollowed-out Department of Justice were just a few issues addressed in the piece,” Owens, a political science professor at UW-Madison, wrote in a press release.

Ryan Owens criticized Kaul “for his inability to usher in rape kit reform earlier this year in his op-ed published in the Cap Times,” the release says. Owens went on Vikki McKenna’s radio show and said:

“Things under Josh Kaul, are delayed and they are dangerous. The Department of Justice and the state crime lab are working on fewer cases than in the past, and it is taking them longer to process fewer cases. This is a problem with enforcing justice, and with keeping us safe”

“The problem we see with Josh Kaul is that he is simply too radical for Wisconsin, his priorities are not law enforcement, they are not to keep us safe, they are social justice priorities… he has pursued his left-wing agenda at the cost of our safety.”

In addition, Owens has tweeted on the issue. “An eye-opening article by @wisconsin_now and @jess_mcbride,” he wrote on Twitter. “The failures of the @JoshKaulWI administration are countless. It’s time for an Attorney General who puts victims over politics. It’s time for a change. This past year has shown us a lot about our government and the lengths to which they will go to strip away our freedoms. Josh Kaul has taken away our freedoms while abandoning our safety. It’s now time to take away his job, and reclaim Wisconsin.”

Fond du Lac County Eric Toney is the other Republican running for the chance to take on Kaul in a general election. Toney, who also appeared on talk radio to discuss the Wisconsin Right Now story, previously slammed Kaul in a press release as well over the crime lab failures outlined in Wisconsin Right Now’s report. You can read that story here.

The Wisconsin Right Now story revealed that Kaul’s own numbers show that delays at the crime lab have climbed over Schimel in important areas like DNA analysis and firearms. Overall, his crime lab is handling plummeting numbers of cases, a trend that started before the COVID-19 pandemic. Although Schimel had better turnaround times in key areas with more cases, the media and Kaul hammered him over the crime lab, with Kaul not receiving the same negative treatment in the news media.