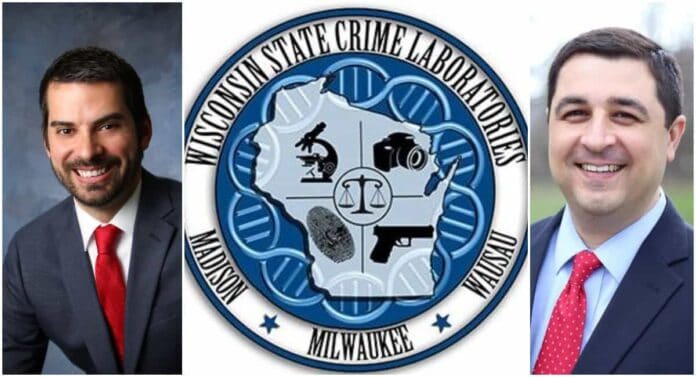 “Josh Kaul is beholden to the far Left and its anti-police agenda, and his lack of attention to the state crime lab is an indictment to his lack of leadership and experience.” – Eric Toney

In a press release, Toney, DA for almost nine years, cited Wisconsin Right Now’s investigative report that shows that, on multiple key measurements, the crime lab’s delays in processing key evidence like guns and DNA have increased under Kaul when compared to his predecessor Republican Brad Schimel. That’s at a time of soaring crime. Yet Kaul is getting much more favorable treatment in the news media, even though the trends started in many cases before the pandemic. Kaul’s crime lab is also handling far fewer cases overall.

Toney said in an interview with Wisconsin Right Now it’s not only the crime lab, but that Kaul is a failure on public safety in multiple ways. “He’s left key DCI leadership and agent positions unfilled. He said he was proud of his record on public safety when he announced his re-election. This is not a record to be proud of when you’re cutting resources to law enforcement and prosecutors throughout Wisconsin.”

Toney called the situation a “crime lab debacle under Kaul,” saying that the “crime lab cannot keep up with Kaul’s crime wave explosion.”

“A lengthy news analysis of Wisconsin’s crime lab under Attorney General Josh Kaul has found that fewer cases are being handled at a slower pace, and front line law enforcement are being hindered as street crime explodes in the ‘defund the police’ era led by Kaul,” Toney wrote in the press release.

Eric Toney noted that he is the “only frontline prosecutor in the race.” Toney is squaring off against UW-Madison political science professor Ryan Owens in the Republican AG primary.

“Josh Kaul has been a miserable failure as attorney general and the statistics at the state crime labs prove his incompetence,” Toney said in the press release.

“Josh Kaul is beholden to the far Left and its anti-police agenda, and his lack of attention to the state crime lab is an indictment to his lack of leadership and experience.  As a district attorney, I know first hand the steps Kaul’s taken that make local law enforcement’s job more difficult whether it’s the reduction in the crime labs’ efficiency or the cuts Kaul has made to the DOJ’s criminal prosecution unit.  We need a prosecutor, not a politician to lead the DOJ and serve as top cop in the state and provide local enforcement the support they need to help keep our families and communities safe.”

The press release noted, “Toney is the Fond du Lac County District attorney and enjoys the overwhelming support of Sheriffs, DAs, Police Chiefs and the Fraternal Order of Police, who want to see Toney replace Kaul.”