Is Gov. Tony Evers Anti-police? The Evidence is Growing 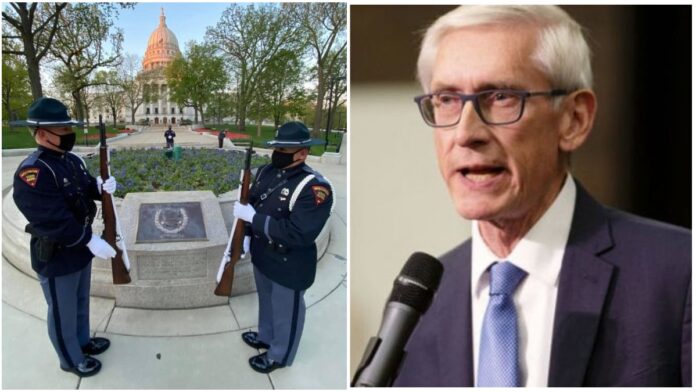 An astute observer noticed that, in the pile of ridiculous proclamations Gov. Tony Evers issued in May, one was conspicuously absent: The governor failed to issue a proclamation honoring National Police Week.

But if you’re a governor who is going to issue proclamations praising everything from “Global Love Day” to “Fab Lab Day” to “Food Allergy Awareness Week,” you’d think he could be bothered to take a minute to issue a proclamation praising the state’s law enforcement officers during police week, who have done valiant jobs in a storm of incessant media criticism and incredibly unfair attacks. He did mention briefly public safety officers in a general proclamation earlier in May that honored all “public servants and state employees,” including educators, social workers, doctors and scientists, but police didn’t get their own proclamation during National Police Week.

We wrote Evers’ office to ask why he didn’t issue a proclamation for National Police Week, and we will add his response in if it’s received.

In 2019, Evers did issue a proclamation for “Police Officers Week” praising the bravery of officers. In 2020, he suddenly stopped, again only including officers as a brief mention in a general public employees’ proclamation.

Why the change? The protest and rioting movement? Did Governor Jellyfish Spine think it was too politically incorrect to defend officers from unfair attacks?

The other reason this matters: It’s symbolic of Evers’ utter contempt for law enforcement. This was never more evident than his scurrilous and inciting statement trashing an officer, who was later exonerated by the DA, in the Jacob Blake shooting in Kenosha. Evers rushed to judgment against the officer (who was later cleared of any wrongdoing) inflaming an already dangerous situation by saying,

“While we do not have all of the details yet, what we know for certain is that he is not the first Black man or person to have been shot or injured or mercilessly killed at the hands of individuals in law enforcement in our state or our country,”

It was also evident by how the governor sat like a silent bump on the log as BLM protesters disrupted the Wisconsin Law Enforcement Memorial ceremony, taunting the families of slain officers, and even causing some children to cry. Nor did the governor bother to issue a statement condemning those actions (Attorney General Josh Kaul) didn’t either. We also asked Evers’ office to explain why he has yet to release a statement condemning this behavior.

So we think Evers’ lack of a proclamation reinforces the perception that he has no time for, and utter contempt for, our state’s law enforcement officers.

Here are some of the proclamations Evers did bother to issue in May: