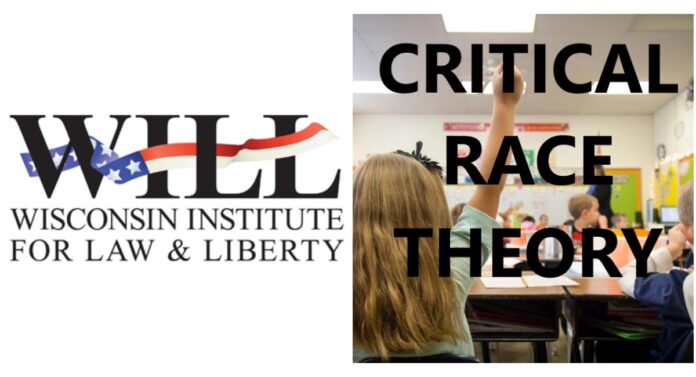 The legislation is key to battling politics in the classroom. Reform proposal would arm parents with the ability to access, review controversial curriculum material. –Wisconsin Institute for Law & Liberty

A new report from the Wisconsin Institute for Law & Liberty (WILL) is urging the adoption of curriculum transparency legislation to arm parents and taxpayers with the ability to access and review controversial curriculum material in public schools. WILL recently issued identical open records requests to nine large Wisconsin school districts and experienced, first-hand, the cost, time, and difficulty of accessing curriculum material.

WILL Policy Associate, Jessica Holmberg, said, “America’s culture wars are finding their way into public school classrooms. With curriculum transparency legislation, we can arm parents and taxpayers with access to curriculum material to ensure that local school districts are held accountable.”

Scarlett Johnson, a Hispanic American parent in the Mequon-Thiensville School District, said, “Parents like myself are at a disadvantage when school districts are not forthright about philosophies like Critical Race Theory being taught in the classroom. More transparency is vital for parents to ensure that our students are not being taught propaganda that denies the fundamentals of the U.S. Constitution or losing precious learning time in critical topics like math, science, and reading.”

According to open records gathered by WILL:

In Racine, students read the assertion that, “Our founding ideals of liberty and equity were false when they were written.”

In Middleton-Cross Plains, the Superintendent has stated, “We believe the following: Our education system is inherently racist and we must purposefully choose antiracist and unbiased actions in order to address the structural inequities that exist.”

The report can be read here.

Promoting Curriculum Transparency, by Will Flanders, Ph.D, and Jessica Holmberg, provides an in-depth look at some of the controversial curriculum material being presented in Wisconsin classrooms, along with the difficulty of accessing the material. The findings include:

• Political Agendas in the Classroom Are Pervasive: This report includes an appendix with examples gathered from WILL’s open records requests.

• Gathering Information About What is Being Taught is Expensive: To fulfill its request for teaching materials, Madison requested more than $5,000. Other districts were extremely slow and not compliant. The average parent or taxpayer cannot be expected to
go through this process.

• Gathering Information About What is Being Taught is Difficult to Access: Open records requests sent to nine large Wisconsin school districts more than two months ago have not all been fulfilled.

• Parents Are Concerned About Culture Wars in the Classroom: In both national and state polls, parents expressed opposition to components of the 1619 agenda, and the creep of politics into schools.

Wisconsin should create an access to curriculum statute that is clearly part of the duty of school districts and fundamentally tied to the expectations of education for Wisconsin parents, WILL believes. Based on model legislation from The Goldwater Institute, this proposal would increase the ability for parents and taxpayers to be aware of what is being taught in their local schools without providing for an outright prohibition on any particular material. A proposal would include:

• Each semester districts are required to provide an overview of any learning materials, such as PowerPoints, videos, and article citations, used for student instruction or student activities.

• Complying with the statute would not be a reproduction of any copyrighted materials. Include the information necessary to identify the specific learning materials used, including the title and the author, organization, or internet address associated with each material and activity.

According to WILL’s report, “79 teachers who identify as Democrats for every 21 who identify as Republicans. These margins are even worse when we consider teachers in the years with the greatest potential for political indoctrination—the high-school years. Among high-school teachers, the ratio grows to 87:13.”