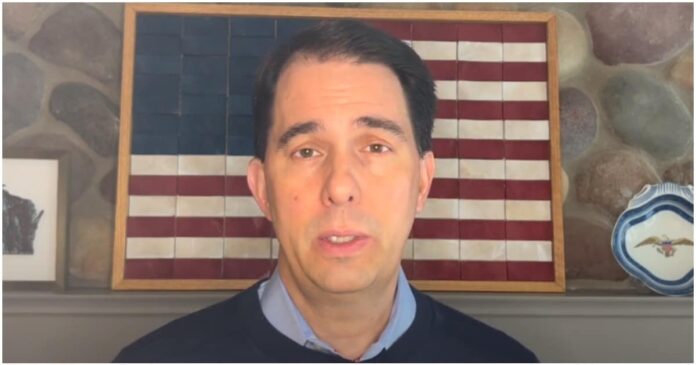 There is already a focus on Wisconsin’s next election.

Former Gov. Scott Walker on Tuesday said if liberals win the race for Supreme Court in Wisconsin, all of the state’s reforms from his time in office will be in danger.

“An activist court, as we’ve seen elsewhere in the country, could do almost anything,” Walker told News Talk 113O WISN’s Jay Weber. “If you listen to at least a couple of of the liberal candidates … they sound very much aligned with some of the things we’ve seen in California and Pennsylvania, and elsewhere.”

Judge Dan Kelly is the leading conservative candidate for Supreme Court on the Republican side so far. Walker appointed Kelly to the court back in 2016, and on Tuesday said Kelly made his mark on the court.

“Kelly to me was much like [Antonin] Scalia was on the U.S. Supreme Court, just brilliant,” Walker added.

There are some Republicans who are talking about Waukesha Christmas Parade Judge Jennifer Dorow as a candidate. Gov. Walker isn’t sure.

“I appointed her. I like her. Her and her husband are friends of mine,” Walker explained. “To me, I think one of the benefits, and we’ve seen this in statewide races in the past last couple of cycles, there is a tremendous benefit to having someone who has been vetted, who’s been tested.”

One of the keys, Walker said, will of course be voter turnout.

Kelly lost his reelection race in 2020, in part because Democrats saw a huge turnout.

“In the general election for the court, which was in April of that year, [Kelly] got more votes than Brian Hagedorn in 2019. He got more votes than most candidates need to win outright,” Walker explained. “But at that time there was a presidential primary where you had both Donald Trump up, and you had Joe Biden up. He was the presumptive nominee, but Bernie Sanders was still on the ballot.”

Walker said Republican and conservative voters must turn out in the race for Supreme Court next year. .

The spring primary election in Wisconsin is February 21, the general election is April 4.