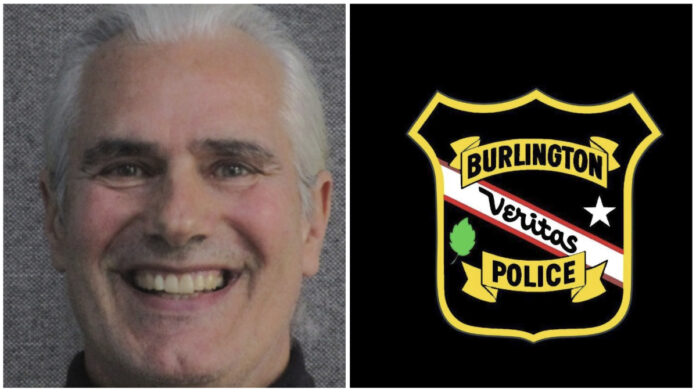 Burlington police are reporting a terrified random attack on a woman in a residential driveway. The suspect – identified as Richard Sallmann of Delavan – is accused of wrapping a jacket around the woman’s head and trying to suffocate her as she sat in a car.
Police say it was a random attack; Richard Sallmann and the victim did not know each other.
A woman wrote on the police department’s Facebook page: “my sister in law almost died at the hands of this man. She is very beat up and broken physically right now. Not to mention the mental trauma she is enduring. Vile human being.”
“On Wednesday, November 16, 2022, at 8:16 a.m. the Burlington Police Department was dispatched to the 100 block of Madison St. for the report of a woman yelling for help,” police wrote in a Nov. 18, 2022, news release.
“Officers arrived on scene to find a male suspect assaulting a female victim with a jacket wrapped around her head and still engaged in a physical altercation in a residential driveway. Officers intervened and stopped the assault.”
Police added: “The victim was transported by the City of Burlington Fire Department to the Aurora Medical Center-Burlington for serious, but non-life-threatening injuries.”
Police continued:
“The investigation revealed the suspect had approached the victim while she was in her car and began to assault her by striking and choking her. The suspect attempted to suffocate the victim and threatened to kill her several times during the assault. The victim was able to fight back in self-defense until law enforcement arrived. The victim did not know the suspect.
The suspect, identified as Richard L. Sallmann from Delavan, attempted to flee officers during the investigation and was quickly taken into custody. He is currently being held at the Racine County Jail on the following recommended charges:
• Attempted 1st Degree Intentional Homicide
• 2nd Degree Sexual Assault/Use of Force
• Strangulation
• Battery
• Disorderly Conduct
• Resisting Arrest
The City of Burlington Police Department has identified this to be an isolated incident, and no threat to the community exists. The investigation is on-going.
Chief Zmudzinski would like to thank the collaborative work of our officers, City of Burlington Fire Department firefighters/EMTs, and Racine County Communications Center dispatchers for their response. The victim is recovering and surrounded by family largely due to the efforts of our first responders following this horrific event. We would also like to extend our appreciation to the concerned citizen who contacted our Communications Center to report the incident. The call saved the victim’s life.”
In 2009, Richard Sallmann was accused of “pointing a firearm at family members and law enforcement and shooting several rounds at police throughout the day,” according to the Gazette Extra.
That story alleged that Sallmann has severe mental health issues that worsen if he doesn’t take his meds. In 2010, he was ordered into institutional care after pleading not guilty by reason of mental disease or defect in that case, court records show.
In 2021, the court rendered a decision in that case on his petition for conditional release.
Sallmann did not attend his first court hearing in the most recent case because he “fell,” court records show.
Share
Facebook
Twitter
Pinterest
WhatsApp
Previous articleThis Is the Largest Military Base in Minnesota
Next articleElon Musk Says He’s Reinstating Donald Trump on Twitter