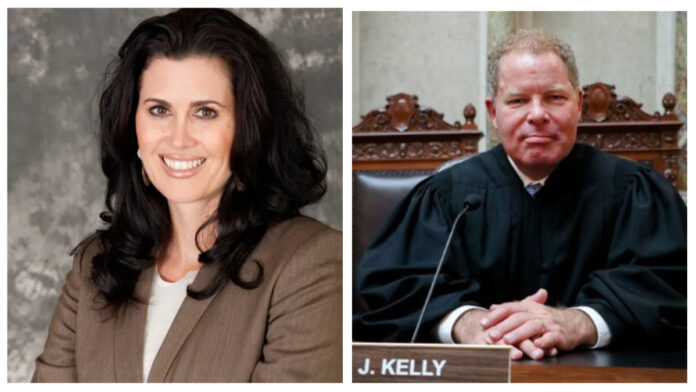 We broke this news exclusively last week on social media. The race is incredibly important because it is for control of the court.

Conservative former Justice Dan Kelly is already in the race.

Kelly is known for his strong conservative opinions on the court, including helping strike down Tony Evers’ Safer at Home order. He is an attorney who worked on redistricting matters for conservatives, defending Republican redistricting maps, and who advised conservative non-profits, including the Wisconsin Institute for Law and Liberty. He was appointed to the seat by former Gov. Scott Walker. He’s been a leader in the Federalist Society.

Kelly lost the seat in 2020 getting 44.7% to liberal Jill Karofsky’s 55.2%. His supporters point out that this loss occurred in a presidential primary election.

She told Walker in writing to get the appointment, “I hold strong conservative values that will guide me as a judge and ensure that all litigants are treated fairly under the law. I do not believe in legislating from the bench, and subscribe to the principle of judicial restraint.” She and her husband, a former Waukesha police officer, have been involved in Republican campaigns behind the scenes.

Dorow has been in the news as the judge presiding over the Darrell Brooks’ trial.

On the left, two judges have declared: Janet Protasiewicz of Milwaukee and Everett Mitchell of Madison. Both are former prosecutors. He has given talks on criminal justice “reform.”

“For almost my entire life, the constitutional right to privacy has been settled law,” Protasiewicz added, making her position on abortion clear.

If you want our detailed analysis of this race, you can check out more here.