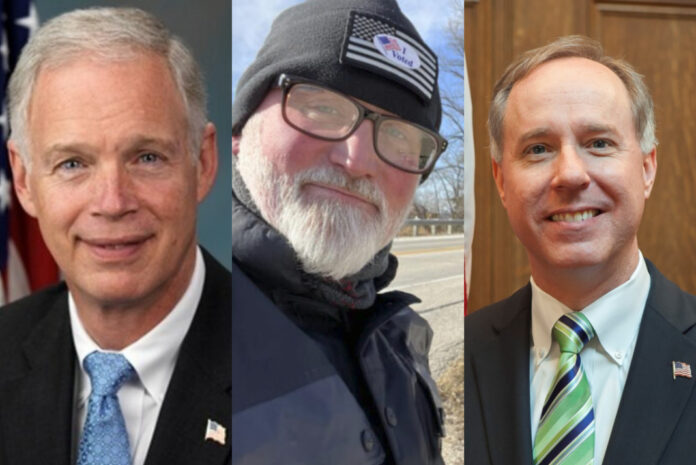 Yes, we know. The loss of the governor’s and attorney general’s races was a hard pill to swallow. We get the national narratives are troubling too.

However, in Wisconsin, there were some really positive developments to come out of the midterm elections 2022.

Here are six positive developments for conservatives. A lot of those positives came out of northwestern and western Wisconsin.

1. We don’t have to endure Sen. Mandela Barnes (HUGE WIN!)

Let’s be honest. Many of us said, “Please, please, just let Ron Johnson hang on” as the other results went the wrong way.

And he did! A great ray of sunshine on an otherwise dismal night. We don’t have to endure U.S. Sen. Mandela Barnes (D-Wisconsin).

We don’t have to endure U.S. Sen. Mandela Barnes.

Johnson won without waffling on his principles and despite a massive, unfair concerted media attack on his reputation. He proved that Republicans can still win in Wisconsin. They just need the right candidate (and enough financial support) to do it. It helped that Barnes was a historically awful candidate.

2. We elected a conservative former NAVY Seal to Congress

Derrick Van Orden, a former NAVY Seal who is as conservative as they come, was elected to Congress in a seat that was held by Democrats for 26 years.

This is the Ron Kind seat, out in western Wisconsin in the La Crosse area.

Van Orden won handily despite a liberal media barrage trying to paint him falsely as an insurrectionist. He’s a plainspoken, unapologetic conservative who will be a force in Congress.

Plus, he’s a former NAVY Seal, which is just awesome.

He will also help other GOP candidates in western Wisconsin, a historic swing area of the state.

3. We flipped FOUR seats in the state legislature

The media tried to make the legislative results on Tuesday sound like a victory for Democrats because Republicans fell short of a supermajority.

Those ridiculous stories ignore the fact that Republicans GREW their majority by four seats, one in the state Senate and three in the Assembly.

Republicans came only 2,499 votes short of supermajorities in both Houses.

In the state Senate, Republican Romaine Quinn defeated Kelly Westlund in northwestern Wisconsin. It was an open seat.

GOP FLIP! Congratulations to Romaine Quinn on becoming the next state Senator for WI SD-25. pic.twitter.com/57bK9QqVGa

The state Assembly seats flipped by Republicans were in northern Wisconsin and one in Brookfield.

Angie Sapik is a strong supporter of education freedom for all families – regardless of income or ZIP code. Angie will fight to prioritize education freedom and ensure all kids have a chance to succeed! pic.twitter.com/3eIVorD9ev

4. The guy who grew that majority won

Republican Rep. Robin Vos beat back an attempt to defeat him by the former Leader of the Free World and won re-election to his Assembly seat.

This is good for conservatives because, albeit controversial, Vos has done his job, and that job is growing and retaining majorities. And boy do we need them now.

Can you imagine how much worse things would be if Vos had lost and there was a leadership vacuum in the Republican-controlled Legislature right now? The Legislature is the only thing standing in the way of Evers’ agenda. They will make him fairly toothless.

5. We won the state treasurer’s office

Yeah, we get it. The state treasurer doesn’t do much. But the fact a Republican, John Leiber, won the seat shows, as with the Ron Johnson victory, that Republicans can still win in Wisconsin statewide.

Maybe this is a pipe dream, but we hope some of our candidates forced their opponents to take positions they would not have otherwise – and maybe they will have to live up to them now.

For example, Republican Eric Toney hammered Josh Kaul on public safety, forcing the AG to at least act like he cares about it. Maybe he will fill those prosecutor positions now.

It also smoked out the fact that defunding the police is not a politically viable position, and the top candidates all repudiated it. Even if they did so dishonestly, they still did it.

Conservatives set a lot of the narratives.

One can hope anyway.

Kenosha has had enough, and it flipped red. That’s a political transformation that will be important for years to come.

Donovan won the race with 51% of the vote, beating Democrat LuAnn Bird who received 49%.

Even better news is that his wife Kathy had good news last week from her doctors as she continues with chemotherapy.

The City of Milwaukee’s loss is Wisconsin’s gain. We really like Bob, and look forward to watching the great things he will do in the State Assembly.