Derrick Van Orden to Voters: ‘We Proved Last Night This Can Be Done’ 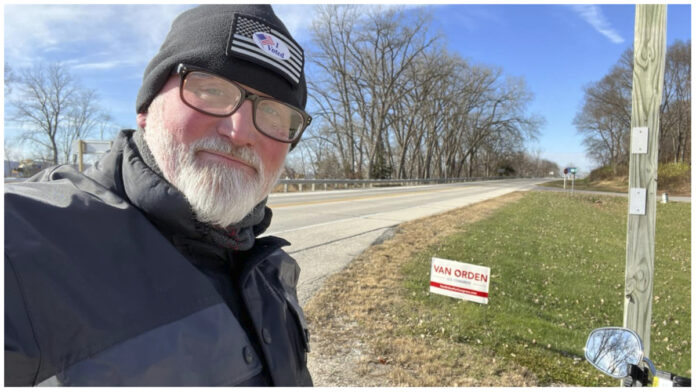 “My message is very pure and simple. We want freedom, we want prosperity and we want security” – new Congressman-elect Derrick Van Orden

Former Navy SEAL Derrick Van Orden flipped a Congressional district in western Wisconsin that had been in Democratic hands for 26 years. It was a bright spot for Republicans on Tuesday.

“There are people in my district who said, ‘You realize I have not had someone I feel has represented me my entire life. That’s a big deal,” Van Orden told Wisconsin Right Now in an interview shortly after the election.

Van Orden, who won the seat vacated by Democrat Ron Kind, disputed media narratives that it was a bad night for Republicans nationally.

“The Republican Party across the nation garnered more than 1 million votes more than the Democratic Party,” he said. “The problem was the expectations were set so high that people were disappointed that every single seat wasn’t taken by Republicans. I want people to know they need to have hope. We proved last night this can be done.”

Van Orden said he has responded to over 400 messages “just saying thank you.”

“I want every single person who voted for me to understand I am profoundly grateful,” he said.

Van Orden stressed: “I want every single person who didn’t vote for me to understand I will represent them equally. They are citizens of this district, and it is my responsibility and duty as their Congressman to make sure that I view them just as that. I don’t care what letter is after your name. I will represent them to the best of my ability.”

He believes that “we have to get back to that place” where politicians “represent the people regardless of how they feel toward that politician personally.”

He said he thanked his Democratic opponent Brad Pfaff, who is a state senator, and said he was ready to work with him. According to Van Orden, Pfaff conceded the race graciously and “really proved he is a stand-up guy.”

As a congressman, Van Orden promised not to mince words.

“I would say that for way too long people in political positions have been tempering what they say because they’re worried about getting reelected and not serving the country,” he said. “I have no idea if I will run for reelection, I don’t know, and that will never be part of my calculation when I’m making decisions. It just won’t.”

According to Van Orden, “I made five promises, and I will keep all of them.”

1. He will not buy, sell or trade individual stocks as long as he is a sitting member of Congress

2. He will not accept any money from Big Pharma until it’s held to tougher standards

3. He will introduce a balanced budget amendment

4. He will introduce an amendment for term limits for members of Congress

5. He will “never apologize for protecting American citizens.”

He added: “Here’s another promise, I am going to do me. I will do what I say, I will try to convince other people with the power of rhetoric to come on board with my position.”

Van Orden said he put 180,000 miles on his vehicles campaigning.

“I’ve gone to so many villages and townships’ they’re like why are you here?” He said that “it set them back on their heels” because “they were used to being ignored.” He said he told people, “You’re in my district. You’re here. You’re important. I need to talk to you.”

“The time of an American aristocracy is over,” he said.