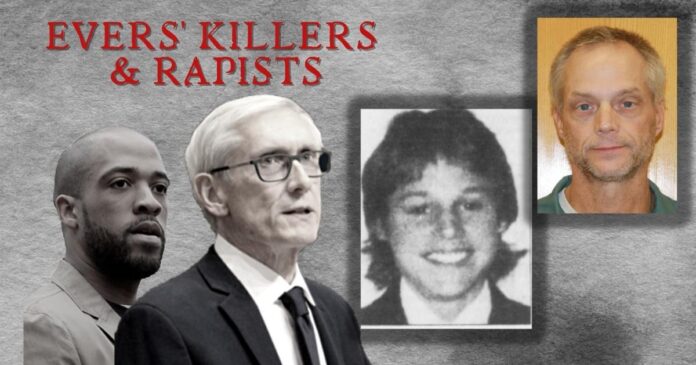 Mark Johnson was one of them. His release was discretionary.

Mark Johnson was known as a “Rambo” killer.

In an old story, the Wisconsin State Journal reported that Johnson was convicted of first-degree murder in the “Rambo-style” killing of a 15-year-old Green Bay boy. The murder weapon was a survival knife.

The victim was Thomas Schroeder.

Johnson stabbed Schroeder repeatedly in a field on the city’s east side while the two were playing “Rambo,” a game that stemmed from the Sylvester Stallone movie.

They were neighbors. It was Schroeder’s 15th birthday.

Johnson told police he “struck Schroeder from behind and then knocked him to the ground. The autopsy revealed Schroeder was stabbed 72 times.” Some of the stab wounds penetrated Schroeder’s brain.

Schroeder said “why, why?” as he was killed, according to an old story in the Green Bay Press-Gazette.

Johnson started striking Schroeder “in the face with the 6-inch knife.”

Date paroled: 09/22/2020 [You can run Johnson’s parole date here by putting in his name and clicking on “movement”]

Sentence:  Life. Killers serving life sentences do not qualify for mandatory release. This parole was discretionary.

Joan Schroeder told the Green Bay Press Gazette that her son was a “typical teenager” who was shy, sensitive, and “too trustworthy.”

“We loved him dearly,” she told the Press Gazette at the time. “We still do. We’re lonesome without him. We miss him dearly, terribly.”

After the homicide, Johnson went home, threw his clothes away, washed his shoes, and hid the survival knife, old newspaper articles from the time said.

One of the stab wounds severed Schroeder’s spinal cord at the base of his brain, and two entered his brain, old newspaper articles said.

Johnson was a Little League coach and part-time delivery driver. The killer said he did not know why he decided to stab Schroeder to death. 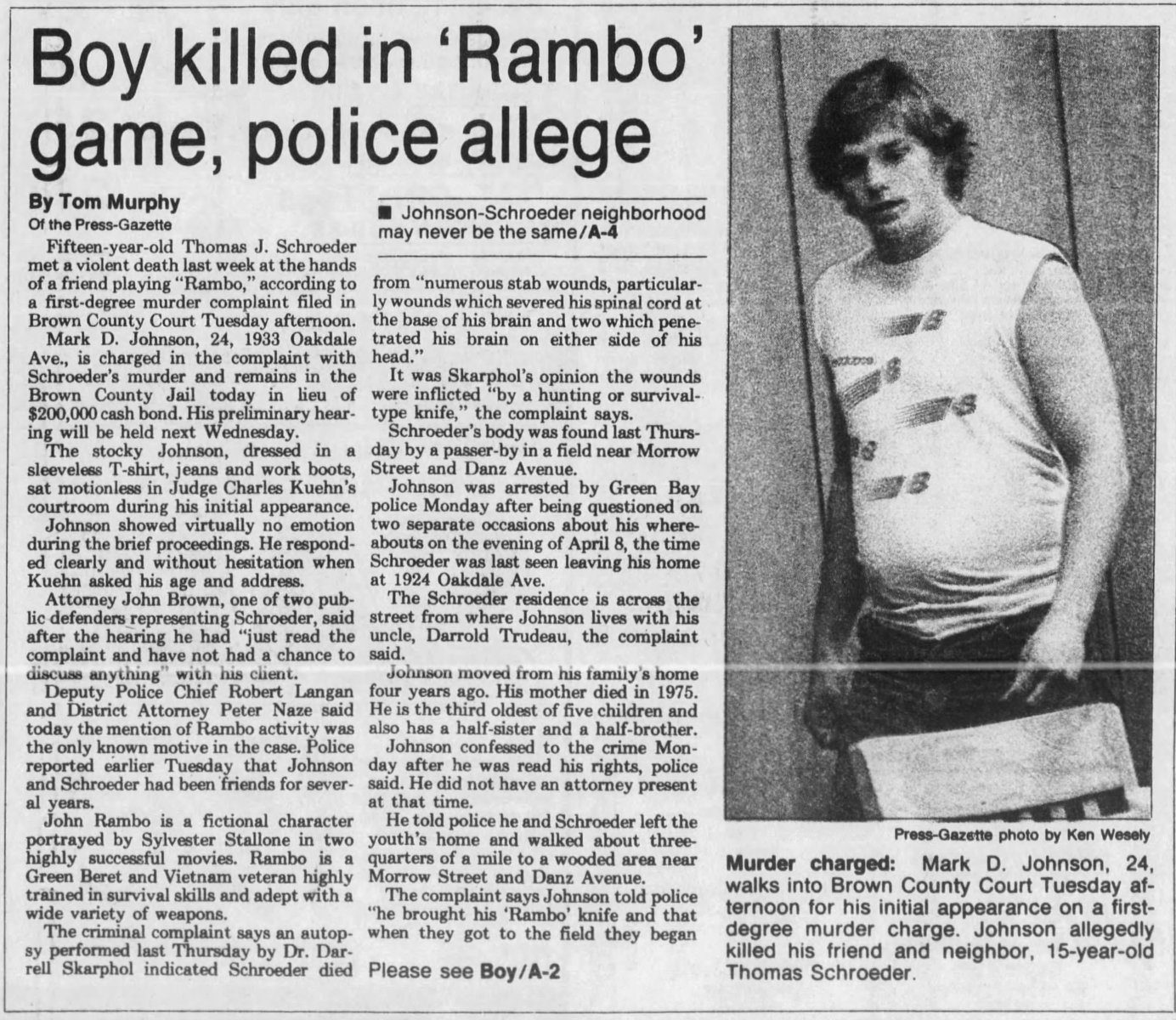