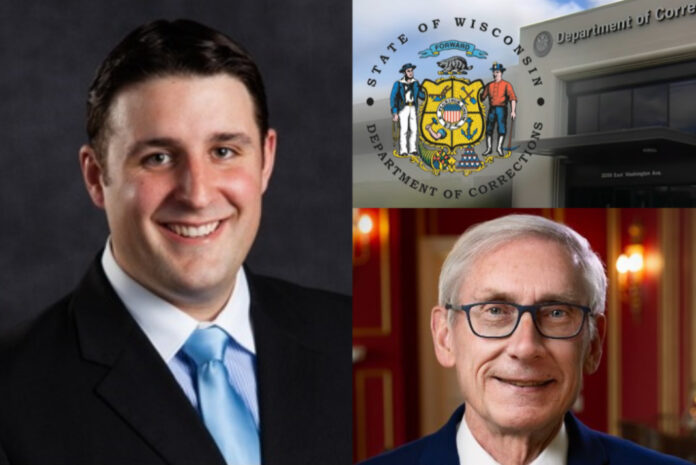 A Washington County Judge has ordered the Wisconsin Parole Commission to immediately release the names of criminals freed on parole in 2022 or show cause in court if they don’t, saying the Commission, run by a Tony Evers’ appointee, has “unjustifiably held” and “refused to release” the records to Wisconsin Right Now.

The judge, Michael S. Kenitz, an appointee of Gov. Tony Evers, wrote the Wisconsin Parole Commission on October 6, 2022: “You have unjustifiably withheld and refused to release those remaining records to which Plaintiff is entitled, to the injury of Plaintiff,” which is Wisconsin Right Now, Wisconsin’s leading conservative news site. The records in question are the names of inmates released on paroles in 2022. The Commission previously provided parole grants through 2021 to the news site, but has refused to release the rest.

“This is a win for government transparency,” said Lucas Vebber, the lawyer with the Wisconsin Institute of Law and Liberty, who filed the lawsuit on WRN’s behalf. “The Parole Commission had the opportunity to do the right thing and comply with the law, but has refused to do so for months. It is unconscionable that it has taken this long already but we are thankful the Court has stepped in and issued this writ.”

Jim Piwowarczyk, co-editor of WRN, said the news site is championing the right of the public and victims’ families to know which criminals have been released early into Wisconsin communities by Evers’ appointee.

“We have found a troubling pattern in which victims’ families did not even know the brutal killers of their loved ones were being paroled,” Piwowarczyk said. “We believe victims’ families and the public have a right to know which murderers and rapists Evers’ appointee has freed. We believe the public is entitled to the information the Parole Commission is withholding. What are they hiding?”

Gov. Evers appointed Judge Michael S. Kenitz to the Washington County bench in March 2022. Kenitz worked in private practice, as a court commissioner, and as a guardian ad litem before becoming a judge.

Wisconsin Right Now has been profiling the brutal killers and rapists released on discretionary paroles by Tony Evers’ appointee each morning at 7 a.m. Multiple families told WRN they were not even aware the inmates were up for parole; Evers’ Department of Corrections has apologized to one such family. The Wisconsin Institute of Law and Liberty filed the action on Wisconsin Right Now’s behalf.

Judge Kenitz wrote the Parole Commission: “YOU ARE HEREBY COMMANDED to, immediately on receipt of this writ, release the remaining records responsive to Plaintiff’s May, 2022 request for public records, which you told them you were gathering and would provide via your June 17, 2022 e-mail to the Plaintiff, or in the alternative, to show cause to the contrary before this Court…on October 28, 2022 at 8:30AM or as soon thereafter as counsel can be heard.”

The judge signed the alternative writ of mandamus in the case of Wisconsin Right Now, LLC versus the Wisconsin Parole Commission.

The judge wrote the Parole Commission: “…You partially fulfilled that request on June 17, 2022, and at that time you also stated you were still gathering and would provide the remaining WISCONSIN RIGHT NOW, LLC…” But he noted the Commission had not provided the rest of the records.