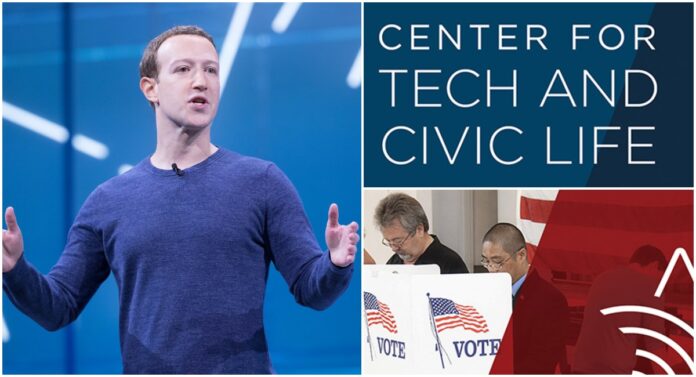 By Ken Blackwell and Hogan Gidley

Using private funds to administer public elections makes it easy to cheat. Mayor of Milwaukee Cavalier Johnson accidentally revealed the city’s intentions to do just this. Announcing the ‘Milwaukee Votes 2022’ initiative, he said the quiet part out loud and stated that the plan would include “door-to-door canvassing funded by the private sector.” When outcry against this initially ensued, the mayor’s office walked back his statement to “embracing outreach and engagement” and referred all further questions to a woman named Melissa Baldauff.

Baldauff is an adviser for several nonprofits (whose names are not disclosed) involved in the Milwaukee Votes 2022 Initiative. She was formerly the Chief of Staff for Governor Tony Evers before assuming her current position as the Principal of GPS Impact, a leftist organization dedicated to helping leftist candidates in a handful of swing states. On Twitter, she has called for the de-platforming of Senator Ron Johnson while labeling him a ‘dangerous lunatic,’ made disparaging comments about ‘cis’ men, remarked “f*** these people” when referring to the Wisconsin Republican legislators, and voiced her opinion that Wisconsin legislators don’t deserve jurisdiction over allocating state funds.

But it doesn’t stop there.

A recent records request filed by a conservative state lawmaker resulted in even more condemning details from private communications stemming from the mayor and his office. As pressure against the initiative grew, the mayor and his aide reached out to Sachin Chheda, a long-time leftist political operative, asking how to frame the initiative and respond to media questions. The texts reveal the leftist advocacy groups involved, including one with close ties to the Center for Civic Life and Tech (CTCL), the primary distributor of Zuckerbucks. It is remarkable that a mayor’s public response to media questions was completely informed by a leftist political operative.

Chheda also texted the mayor’s office to inform them they had been approved for a $1 million grant from The Center for Secure and Modern Elections (CSME), specifically to fund the Milwaukee Votes 2022 initiative. CSME was created by the New Venture Fund, a ‘dark money’ funder that is one of four nonprofits that are part of the nonprofit network managed by Arabella Advisors, a leftist consulting company whose net revenues in 2020 were $1.67 billion.

On September 28, the Republican Party of Wisconsin sued the mayor’s office and the city of Milwaukee for failing to provide all records encapsulated in its request on Milwaukee Votes 2022.

The prospect of partisan third parties, advised and funded by documented leftists, inserting themselves in targeted electioneering utilizing city (aka hardworking taxpayer) assets and personnel is deeply troubling. Partisan money donated to nonprofits is legal; nonprofits funneling this money to the city for partisan activities is not.

“Milwaukee Votes 2022 is essentially Zuckerbucks 2.0. This must stop now,” Assembly Speaker Robin Vos, Speaker Pro Tempore Tyler August, Assistant Majority Leader Kevin Petersen, and Wisconsin Elections Commission chair Don Millis said in a joint statement. Previously in 2022, the legislature passed a Constitutional Amendment Joint Resolution prohibiting private funding from being used to administer elections. In 2021, Governor Evers vetoed a bill prohibiting private funding in elections administration. But if the 2022 joint resolution is passed again by the newly elected legislature in 2023, it will be on the ballot in an April 2023 election for Wisconsin residents to vote on and does not need the governor’s approval to become law.

The 2020 election saw millions of private dollars from Mark Zuckerberg’s CTCL poured into swing state elections administration, and there are significant issues that arise when private companies are allowed to do so. Of the $144 provided to 8 swing states, $130 million went to liberal-leaning counties and $14 million to conservative-leaning counties. Additionally, some of these grants included strings attached; in Green Bay, the clerk’s office was forced to work with representatives from left-leaning partners of CTCL. In the aftermath of the election, the realization that private money can carry undue, unfair influence over how public elections are conducted caused 23 states to ban the use of private money in elections administration.

The Left tries to mask the true results of their insidious practice in meaningless platitudes like “outreach” and “engagement,” but it’s none of those things. Wisconsin residents deserve better than to have partisan activists buying and influencing elections administration — and so do the rest of the American people. The America First Policy Institute’s Center for Election Integrity will continue to work toward more transparent, honest, free, and fair elections and an election system where it’s easy to vote and hard to cheat.

Ken Blackwell is the Chair of the Center for Election Integrity at the America First Policy Institute.

Hogan Gidley is the Vice Chair of the Center for Election Integrity at the America First Policy Institute.