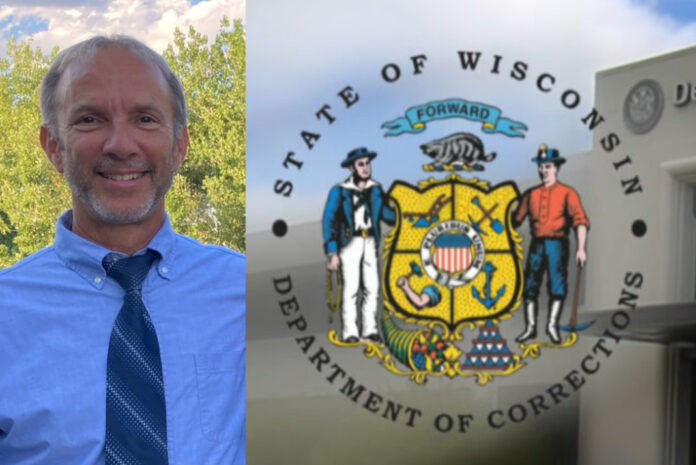 The Wisconsin Parole Commission refused to allow public comment in a 13-minute 27-second long meeting that marks the commission’s first meeting since concern arose over the paroles of some of the state’s most brutal killers and rapists.

Blythe did answer written questions that were submitted within two days of the meeting. However, the person who submitted the McKennie question told Wisconsin Right Now she believed they were only “half-answered,” calling the meeting a “joke.”

“There will not be an opportunity for public comment at this meeting,” Blythe said. “I will take it under advisement as to whether to have such comment at future meetings.”

The meeting was held over zoom because of COVID-19.

Blythe, who was appointed to chair the Parole Commission by Gov. Tony Evers in August and serves through March, was the only person who spoke at the meeting. The July meeting was cancelled. There was not a meeting in June.

Blythe revealed at the Sept. 28, 2022, meeting that almost all of the 1,700 inmates still in prison – including murderers and rapists and other violent criminals – who were sentenced under old laws “are being considered each year” for parole.

Asked about reports in Wisconsin Right Now that multiple victims’ family members were not notified of the paroles of their loved ones’ killers, Blythe blamed victims’ families for not signing up for a state notification system.

Victims’ family members mostly told us they either did not know that system exists or were dealing with PTSD and other issues that prevented them from providing their updated information. One family member of a woman who was decapitated by her husband said she received notices for years but suddenly they stopped. Multiple victims’ family members did not even know the killers had been released.

Although the state apparently does nothing proactively to look for victims’ family members if they don’t sign up for the enrollment service that many don’t know exists, we were able to find them in a couple hours.

One written comment asked what can be done to address victims’ concerns about inmates being released. Blythe gave out a 1-800 number and the phone number for a Milwaukee office and said people should contact the Department of Correction’s Office of Victims’ Services.

Another comment asked whether mandatory releases (MR) are “considered discretionary parole grants.” Blythe said no, with a few exceptions. MR was an old law provision mandating release when an inmate completed 2/3rds of their sentence.

Furthermore, the Parole Commission confirmed in writing that the parole grant list they gave us – listing 884 cases under Parole Commission action – DID NOT include mandatory release cases. They filtered those out. We confirmed this by running hundreds of the names in the Department of Corrections’ offender search. Evers has tried to confuse voters and the media by bringing up MR even though it did not apply here.

In addition to old law inmates such as murderers and rapists, some on the parole list were released through the earned release and challenge incarceration programs. Those programs have a high recidivism rate.

Forty percent of inmates released under those two programs are rearrested in two years, according to Department of Corrections’ data. We analyzed that portion of the list too and found a series of troubling concerns. You can read about them here.

We are suing the parole commission with the Wisconsin Institute of Law and Liberty to get the 2022 names, which they are withholding contrary to open records laws.

The discretionary paroles of freed killers include a man who beheaded his wife and burned the head in a stove; a rapist strangler who broke into the home of a stranger and murdered and raped a young mother and nurse; a man who brutally beat a young toddler; and a man who cut a woman’s throat after gang raping her and tossing her in a manure pit to die. For starters.

Christopher Blythe noted there is something called presumptive mandatory release but the commission has the discretion to deny the inmate parole under that mechanism if they determine they will create a significant danger to the community.

Asked about victims’ families saying they weren’t notified, he was asked how that happened and what steps were being taken to fix it.

Christopher Blythe said there “is a requirement that they (victims) be given a notice when that person is enrolled. The victim needs to be enrolled however with the DOC with their office of victim services, with their programming.”

He said there is a “process to be enrolled and registered, in that case you would automatically receive notification.” He said that in past instances where people complained they were not notified, it turned out that the person wasn’t enrolled.

We have also found instances where local police departments were not notified either, despite a requirement that they are notified.

Another written question said: “How many inmates are serving time for violent offenses, rape and murder, that are currently being considered for parole in 2022.”

“According to the Department of Corrections, approximately 1,700 persons incarcerated” still fall under the old parole system.

“Almost all of them are being considered each year,” he said, noting that there are a “huge number of hearings throughout the state. With a few exceptions, virtually all of those persons would be considered for parole as long as they requested a hearing.”

Christopher Blythe spent the first part of the meeting describing his bio and giving a history of the Parole Commission and its authority.

He said he recently retired from the state Department of Justice, where he worked as an assistant attorney general, but came out of retirement at the request of the governor.

Evers’ previous two-time appointee to the Parole Commission, John Tate, quit last spring after controversy erupted into the looming parole of a convicted wife killer, Douglas Balsewicz. Evers, belatedly and under intense pressure from the victim’s family, urged Tate to rescind that parole, which Tate did, citing victim notification problems.

Blythe said he has represented state agencies as a lawyer and was in private practice, where he did everything from environmental law to representing labor unions. Before that he was a teacher and legislative aide.

The chair has the final authority over paroles.