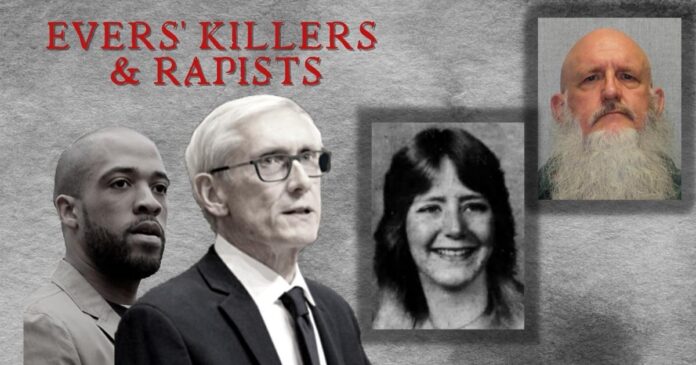 Scott Howard was one of them. His release was discretionary.

Catherine Christian suffered a horrific death. She was beaten in the head and then left to die in an arson fire in Rosa’s Cantina in the town of Dunn by a Ghost Rider motorcycle gang member who thought she was a “snitch.” The paroled killer, Scott “Spotlight” Howard, held her down until she lost consciousness, then left her to die in the Dane County fire.

Christian also angered the Ghost Riders because she was dating a sheriff’s sergeant who had investigated them and was “their nemesis in law enforcement in Dane County,” according to The Wisconsin State Journal in a 1985 article.

A blog on parole issues contains part of a 2013 parole decision denying Howard release at that time. It says that Scott Howard and two co-actors “in a gang-related action” burned down a building “wherein an adult female was killed.”

“Your role was to hold the victim until she lost consciousness. You left her in the building to burn to death,” the document says.

Howard admitted he struck the victim in the head stating that the co-actor, who was a national vice president of the Ghost Riders gang, “ordered the burning of the bar (to collect insurance money) and the killing of victim who you claim was a snitch.”

An old newspaper article  says “Howard hit Christian over the head so she would be knocked out and die in the fire.”

Howard has a significant criminal record, including a federal case for conspiracy to possess firearms. He had at least three major conduct reports in prison.
“Based on the nature and severity of the case and the brutal taking of a life it is clear that more time is warranted so as not to depreciate the severity of your offending behaviors,” that parole decision read. His parole decision was then deferred for another year.

But in 2019, Gov. Tony Evers named a new Parole Commission chairman, John Tate. Tate promptly began releasing some of the most brutal killers in state history, including Howard. Evers reappointed Tate after Howard’s release, saying he was pleased to do so. 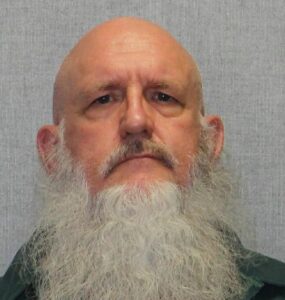 Date paroled: 9/3/2019 [You can look up his parole date here by putting in his name and clicking on “movement”]

Currently Resides: Spokane, Washington (an old newspaper article indicates this city is the base of the Ghost Riders gang)

Catherine Christian, 22, who was suspected of being a police informant and was dating a police officer who was investigating the gang.

Christian was a shy and quiet woman with dyslexia, according to a 1985 Capital Times article. She graduated from La Follette High School.

She worked at the Concourse Hotel and was a member of St. Dennis Catholic Church.

Scott Howard was 29 at the time of the crime.

According to old newspaper articles at the time, five other people were upstairs when the fire started but managed to escape the blaze.

According to a 1985 article in the Capitol Times, Christian angered the Ghost Riders by referring to them as a “bunch of as*holes.” Howard was present at that time.

A witness testified that she was warned by one of Howard’s co-actors that “it wouldn’t be a good idea for me to repeat anything that I heard that might be damaging to the Ghost Riders. They (the Ghost Riders) took care of people that talked.”

Despite the Ghost Rider perceptions that she was a snitch, Christian actually was not a “significant source” to law enforcement about the Ghost Riders, that article said, but they also hated her because she associated with another gang called CC Riders. They had driven away regular customers of the tavern, causing it to fail financially.

Christian’s body was found in a bedroom with bruises on her head.

The blog post urging Howard’s release said his family has “suffered great loss” because he was imprisoned. Scott Howard expressed “regret for the behavior.” 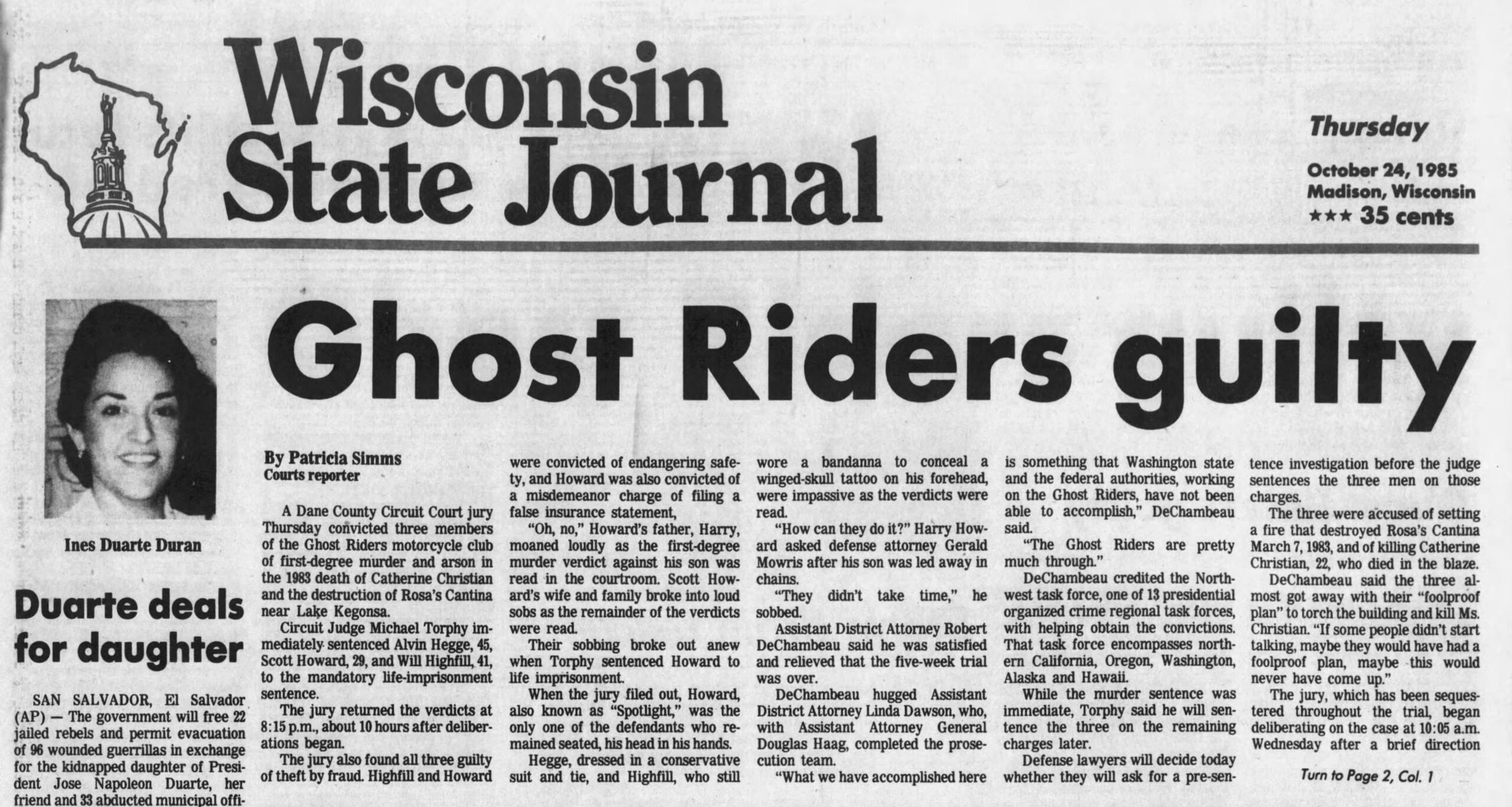 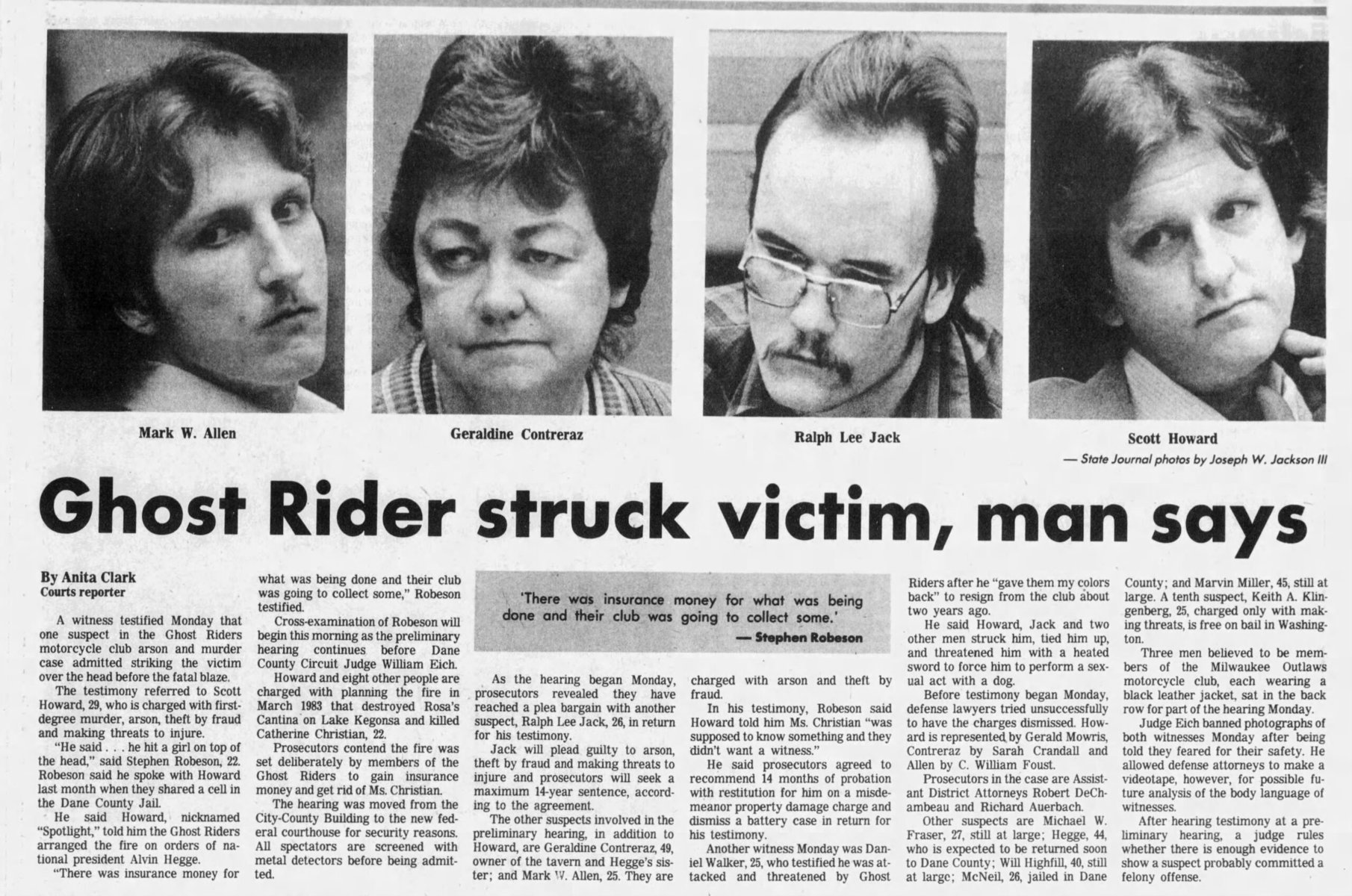