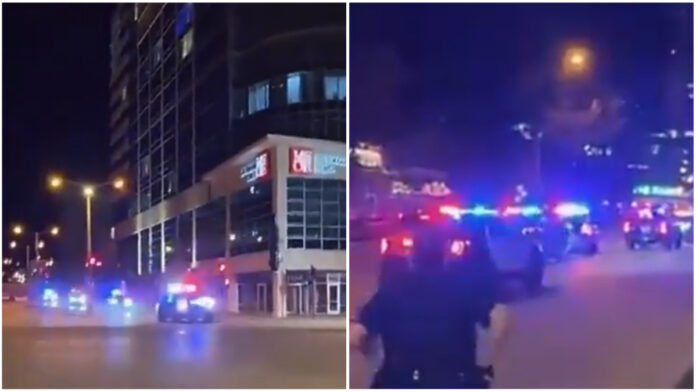 A Water Street shooting broke out after a police chase.

There was an officer-involved shooting on Water Street in downtown Milwaukee after a wild police pursuit, according to videos and sources. This video shows a barrage of gunfire break out as multiple squad cars chased a truck down Water Street:

Multiple shots fired on Water Street in Milwaukee tonight. Everyone please be safe and share with anyone in the city. pic.twitter.com/QhXaQh2aSQ

Sources tell Wisconsin Right Now that police were chasing a fleeing homicide suspect. No officers were injured, but the suspect was wounded.

The carnage downtown is at the same general intersection where multiple shootings broke out last summer. Wisconsin Right Now was there to capture some of them, as undermanned police officers put themselves in harm’s way without proper staffing from higher-ups.