Kaul Confused About His Own Office’s Powers; Media Don’t Call Him On It 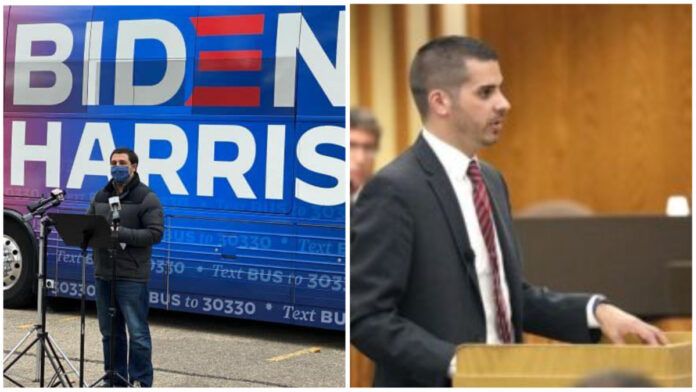 An apparently panicked Josh Kaul has resorted to a growing list of misstatements.

Democratic Attorney General Josh Kaul does not have statutory authority to prosecute election crimes or any other crimes committed against election workers, even though he just promised to do that in a big interview with the Associated Press – and the media let him get away with it.

Since Toney came out of the Republican primary, an apparently panicked Kaul has resorted to a growing list of misstatements.

To be blunt, the media should operate as more than stenographers for Democratic politicians. They should not allow Kaul to assert authority that he does not have. Yet, according to Toney, that’s exactly what they did.

On Aug. 26, 2022, the Associated Press, in a story by Todd Richmond, ran this headline, “Wisconsin AG Josh Kaul: Election worker threats to be prosecuted.” The story, which was picked up by multiple sites, said, “Wisconsin Attorney General Josh Kaul vowed to aggressively prosecute anyone who attacks or harasses election workers in the key swing state this fall and proclaimed his faith in the state’s election system as clerks report rising concerns about potential threats due to misinformation about elections.”

But there’s a big problem with that, according to Toney. Toney says Kaul does not have legal authority to do so. Such authority rests in the hands of county district attorneys.

“Yet again, Kaul has shown his ineptitude to be Wisconsin’s ‘top cop’ as he has threatened prosecutions despite lacking the authority to do so,” Toney said in a news release on Aug. 26.

“Josh Kaul is a hypocrite and has no credibility on election fraud. While I do not condone anyone being threatened, the Attorney General does not have the statutory authority to prosecute election crimes or any other crimes committed against election workers,” Toney explained.

“Kaul picks and chooses when to enforce the rule of law based on his left-wing politics. My commitment to the rule of law includes ending the historic violence and drug epidemic, defending our democracy, the Second Amendment, and having the back of cops across Wisconsin.”

District Attorney Eric Toney “is endorsed by over 100 Sheriffs, District Attorneys, and Police Chiefs, and has been unanimously endorsed by the Wisconsin Fraternal Order of Police State Lodge, the Milwaukee Police Association, the Racine Police Association, and the Milwaukee Police Supervisors Organization,” his campaign says. Kaul lists zero law enforcement endorsements, a fact the media also refuse to explore.