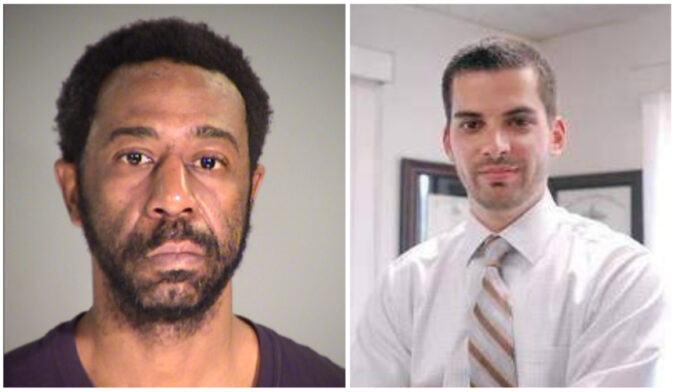 Eric Toney, who is running for Attorney General as a Republican, is on the front lines prosecuting homicide cases.

District Attorney Eric J. Toney announced on Aug. 25, 2022, that Robert Harris was found guilty of First Degree Reckless Homicide for a fentanyl overdose death in the City of Fond du Lac, in which he was accused of injecting a woman with the drug at a rooming house.

The case was investigated by the City of Fond du Lac Police Department and prosecuted by Toney.

“Fentanyl and opioids are killing people at historic rates and destroying families in communities across Wisconsin,” Toney said.

“We will continue to work with our law enforcement partners to aggressively investigate and prosecute those that deliver poison into our community to hold them accountable and keep our streets safe. I encourage anyone that knows a loved one suffering from opioid addiction to reach out for help within your community or to local law enforcement because it might save a life.”

According to the criminal complaint:

On May 31, 2020, at approximately 2:43 a.m. officers with the City of Fond du Lac Police Department  were dispatched to Robert Harris’s rooming house located at 177 W. 2nd Street, Room #8 in the City and  County of Fond du Lac, Wisconsin for a report of a drug overdose.

Victim 1 was described as an adult  female that was not breathing and a female subject was attempting CPR on Victim 1. Harris and a witness were in the room. Asked what substance the victim had ingested, Harris did not respond.

The office noticed a mirror with a brown substance that appeared to have been crushed partially into powder. It field tested positive for fentanyl. A syringe was found in the folds of the victim’s shirt.

Harris stated that he is friends with Victim 1 and has known her for approximately 5 years.

“Robert Harris stated that Victim 1 was in his room for approximately 2 minutes and pulled out the pill bottle and injected a substance from the bottle into what he believed to be Victim 1’s right arm,” the complaint says.

He claimed he did not know where she obtained the drugs. Narcan was administered by nasal spray, and it took 10-15 minutes for anyone to call 911 after she went unconscious.

She was pronounced deceased.

A second witness said others were in the room and one witness commented that “they need to get the needles and everything else out of here.”

A witness told police that Robert Harris is a heroin user and a “middle man.”  He denied this.

On June 1, 2020, Robert Harris came to police department and spoke with Detective Vandermolen. Harris described his personal life, circumstances at the rooming house and Victim 1.

Harris stated that he believed Victim 1 obtained heroin from the rooming house and overdosed before coming into his room. Vandermolen challenged Harris stating that Harris previously stated Victim 1 used the heroin in his room.

Harris stated he never got heroin directly from two other people. Vandermolen asked if Harris got heroin from someone else in the rooming house and Harris then responded that he obtained heroin from another man.

The complaint continued to allege:

Vandermolen continued discussing with Harris how Victim 1 obtained the heroin. Harris stated that he  was thinking there was a bad batch of heroin. Robert Harris denied getting heroin for Victim 1 on May 31 but admitted to providing heroin to Victim 1 in the past.

On June 3, 2020, Detective Vandermolen interviewed Witness 4. During this interview Witness 4 admitted  that Victim 1 overdosed at the rooming house two weeks prior to the May 31 overdose death and that Witness 4 was present for both overdoses.

Witness 4 stated that she walked into Robert Harris’s room and saw Harris holding Victim 1 one up and  she told him to lay her down and Victim 1 was given Narcan twice but the Naracan wasn’t effective.

On August 24 Detective Vandermolen reviewed messages between Witness 4 and Robert Harris. Some  of the messages were partial conversation and on June 1, 2020 Witness 4 sent a message to Harris:

“Someone else might tho. Sh*t I didn’t even know u did. I thought she brought it from somewhere  else. I got woke up to the sh*t I was in a completely different room and got woke up to that sh*t. They are saying she was dead for 2 hours before you guys called 911. So that means (another man) didn’t wake me up in the room down the hall asking for Narcan until 2 hours after she  died!!! WTF man.”

In August of 2020 Detective Vandermolen received the autopsy protocol report and toxicology which states Victim 1’s manner of death as an accident and the Cause of Death is listed as Cocaine, Ethanol, and Fentanyl Toxicity.

On September 1, 2020 Detective Vandermolen spoke with Witness 5 at the Fond du Lac County Jail.  Witness 5 stated her memory was blotchy from the night of Victim 1’s death and that she smokes crack.

Victim 1 asked Harris what he had and Harris responded that he had “boi” which is a slang term for heroin. Witness 5 stated Robert Harris injected the heroin into Victim 1’s body.

Witness 5 stated that approximately 10 minutes after the injection Victim 1 was sitting on the floor. Witness 5 then heard Victim 1 making unusual gurgling or respiratory noises.

Witness 6 said 911 needed to be called but Harris said they couldn’t call the cops. Witness 5 stated  she was able to leave the room and started banging on doors in the rooming house until finally someone opened their door and called 911 for Victim 1.

Victim 5 stated “she was waiting in the rooming house for someone to bring cocaine and observed Harris and a white guy shooting up heroin.” While waiting for the cocaine Victim 1 showed up to the rooming  house. W

itness 5 stated she didn’t know how much heroin Harris cooked up but knows he does a “whole f*cking needle.” Witness 5 stated she normally doesn’t talk with law enforcement but seeing Victim 1 dead under these circumstances traumatized her.

Harris stated that Victim 1 injected the heroin herself. Vandermolen confronted Harris about him injecting the heroin into Victim 1’s hand.

Harris stated that he didn’t know what Witness 4 was getting in the conversation alleging Harris provided the drugs to Victim 1 leading to her death. Harris stated he only provided Victim 1 a mirror and water and that Victim 1 used a tin to get the heroin ready.