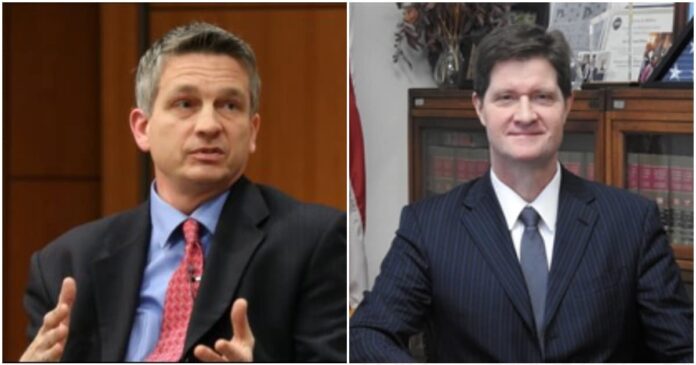 The city was poised to give accused shooter Ricky De La Rosa his guns back.

A Milwaukee County Circuit Judge has refused to return two firearms to a man who confessed to shooting a gun in the air, saying he doesn’t understand why the District Attorney’s office refused to prosecute the man for a crime.

In the proceeding, a man named Ricky De La Rosa petitioned the city and judge to get his firearms back because the Milwaukee County District Attorney’s office decided to “no process” his case. But the judge, David Borowski, had some strong words for the DA, speaking from the bench.

“I will say again on the record, this is why we have situations like the Deer District…” the judge said, referencing those unrelated shootings. “I’m very displeased to hear about the charging decision or lack thereof. The DA’s office, it would appear – maybe I could be corrected or maybe there’s information that I don’t have – just decided to allow someone to engage in gunplay, fire shots in a residential neighborhood and just move on to the next case or the next no process.”

It goes without saying that Borowski continues to be a rare voice of common sense and fresh air in the Milwaukee County courthouse. Read the court transcript here: RICKY DE LA ROSA 5 16 22

As a result of David Borowski’s strong statements from the bench, the DA’s office is now reconsidering its decision not to charge Ricky De La Rosa, whose firearm case comes amidst skyrocketing violent crime, including firearm-related incidents.

Borowski cited the violence that unfolded recently at the Deer District in challenging the DA’s office to explain the no-prosecution decision that was about to put two guns back on the street in the hands of a man who allegedly admitted shooting one of them into the air.

The judge’s frustration underscores the pattern. Wisconsin Right Now has previously reported that District Attorney John Chisholm’s office refused to prosecute about 60% of felony cases brought over by police. Since our investigative report, Chisholm has stopped posting current data on his “transparency” dashboard, and he’s refused to release information on cases his office won’t charge. We have a pending open records complaint against Chisholm with Attorney General Josh Kaul, who has sat on it for more than a year, doing nothing.

Borowski’s actions also highlight a little-known effect of a non-prosecution decision; people can petition to get their property back, including guns. In this case, De La Rosa said he fired the gun in the air because another man made a finger gesture with his hand, the court transcript alleges. No one was injured.

The court hearing occurred on May 16, 2022. Wisconsin Right Now obtained the court transcript through an open records request.

Mueller told Judge Borowski, “This case was already before your Honor. This involves two firearms that were confiscated in connection with a criminal investigation. That matter was referred to the DA’s office and no processed.”

He told the judge that De La Rosa had “likely met” his burden to get his guns back.
David Borowski inquired about the underlying circumstances that the “state decided to no process.”

Mueller said that, on March 18, officers responded to a subject with a gun. They made contact with De La Rosa. He informed officers that he had fired his weapon in the air three to four times, the transcript says. He did so “because an individual he knows followed him to his residence and rolled down his car window and made a gun gesture with his hand.”

According to Mueller, De La Rosa was arrested, the two firearms were confiscated, a referral was made to the DA’s office by police, and the DA no processed it.

Borowski sounded perplexed. “So, in that circumstance, the DA’s office doesn’t even charge disorderly conduct with a weapon among or other possible charges? That might explain situations like the Deer District on Friday. So, the DA’s office has not charged someone who is firing weapons in the air or possibly at other people because he maybe pointed his fingers at him,”  the judge said.

Mueller responded, “Yes, that appears to be the case, judge.”

De La Rosa interjected, “Sir, it was in self-defense.”

The judge said, “Yes of course, everything in Milwaukee is self-defense now.”

He took a recess and then recalled the case. Judge Borowski asked for additional details.

Mueller said that officers had responded to a subject with a gun complaint at 8921 W. Hampton Avenue. They made contact with Del La Rosa who allegedly told them “that he intentionally fired his gun into the air three to four times. He stated he discharged his firearm because a subject he knows by the name of ‘Willy Brown’ followed him to his residence, and once at the residence rolled down his car window and made a gun gesture with his hand.”

The case was no processed on March 19 by assistant district attorney Zisi.

De La Rosa is not a felon.

The judge stated that normally he would have to return the firearms, but in this case he wanted an appearance from the DA’s office. He said he wanted a supervisor from the DA’s office to explain “to me how charges were not filed. Just off the top of my head, this is clearly disorderly conduct with a weapon. It could be recklessly endangering safety, among other crimes…”

A recess was taken and, when the case was called back on the record, the DA’s office had shown up to explain.

Piowtrowski stated that normally when the Milwaukee Police Department gets “these gun return referrals,” they make the DA’s office aware that a petition has been filed but that did not happen in this case. He said that he had a chance to review the police reports and told the judge “this case was initially reviewed by a relatively new person in my office.”

He said he had not had a chance to review the case to determine that the gun is not needed as evidence in any other cases, and no final decision had been made as to whether criminal charges would be issued. The DA’s office has 10 months to make a charging decision before a gun would be returned by statute.

Piotrowski said the DA’s office was opposed to the gun return at that point.

Borowski told De La Rosa that both the state and judge were now opposed to the return of property.

“I certainly am still concerned about the underlying charging decision, but pursuant to statute, they have additional time to hold the guns… and decide if there are any charges that are going to be filed… there might be other crimes related to these guns or there might not,” said Borowski.

The judge denied the return of property and told De La Rosa he could refile his petition after the 10-month limit – if the case is still no processed.

CCAP shows no criminal charge has been filed against De La Rosa a month later.