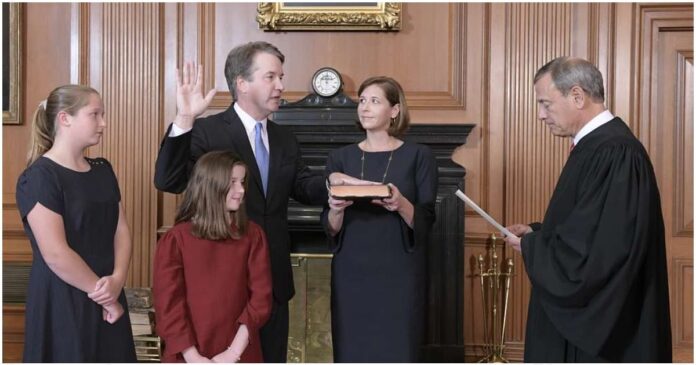 A man armed with a gun and knife was arrested near the Maryland home of Supreme Court Justice Brett Kavanaugh early Wednesday morning.

According to Fox News, The suspect was carrying a gun and a knife when arrested and had made threats to kill Kavanaugh. He was picked up on a nearby street.

He did not get to Kavanaugh’s home.

Supreme Court spokeswoman Patricia McCabe said,  “At approximately 1:50 a.m. today, a man was arrested near Justice Kavanaugh’s residence. The man was armed and made threats against Justice Kavanaugh. He was transported to Montgomery County Police 2nd District.”

Journalist Karol Markowicz said in a tweet that the man’s name is being withheld at this time, but reports say he is 26 and had a California driver’s license with a previous Seattle address.

I can confirm the man taken into custody outside of Brett Kavanaugh's house last night is a 26 year old white male with a California driver's license. Previous address in Seattle.