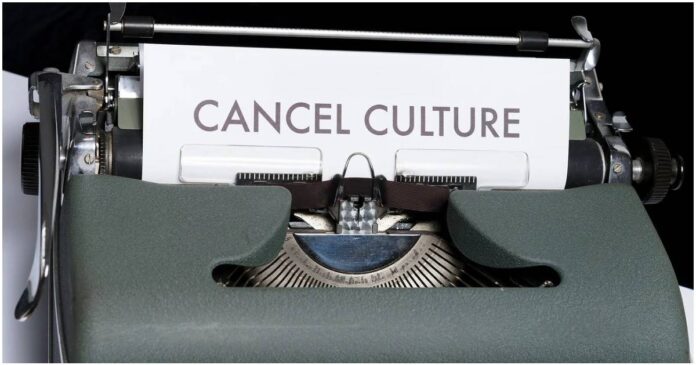 Ever since the extreme Left started canceling everybody on the right, there was immediate knee-jerk canceling in retaliation by many on the right. The seeds of division were sewed and many Conservatives retreated and took refuge in their echo chambers. Yes, there is safety in the echo chamber, but we need to break out and reengage with others before it’s too late.

If this continues, as Conservatives, we will fail in November. We must establish a beachhead in this political battle that will determine the very future of Wisconsin and maybe even America itself.

Ever since I was a kid watching Ronald Reagan on TV, I have been interested in politics. Throughout my adult years, I have volunteered and helped organize events and rallies. I have also done my own podcast, videos, and public speaking. A lot of the time was spent preaching to the choir. Why? Because it’s exciting to motivate like-minded people who love the Conservative message. And motivation creates action.

Unfortunately, that action has dwindled because our side has disengaged. What good is an echo chamber if you do nothing with it? Sure, it’s a swift kick in the pants to get out there and work, but it does nothing if we are not increasing our numbers.

If all we do is tell people what they want to hear and what they already know, we are risking our cause.

Back in 2016, we noticed something different, then-candidate Donald Trump broke through the glass walls of the echo chamber because he was reaching out to people who had become disenchanted with leadership on both sides and needed a home. New people were hearing the Conservative message and not since Ronald Reagan, was there someone so pragmatic. The ‘Reagan Democrats’ came ‘home’ and the rest was history.

Unfortunately, because the leftist control of the mainstream media, social media, and many levels of government, there was a non-stop barrage of Trump hatred and disgust of Trump supporters. We especially saw this on the social media front. The Left developed such a visceral hatred of Trump, mainly because he committed the cardinal sin of beating Hillary. This hatred made people ‘unfriend’ Trump supporters. Facebook, Twitter, and YouTube literally started censoring free speech on the Conservative side, and tens of thousands of people left the platforms, dwindling Conservative numbers.

Alternatives sprang up as a landing place for Conservatives to have a home but welcomed actual civil discourse. Sites like Truth Social, Gettr, Parler, etc, have been very successful, even though I joined all of them. What I noticed was Conservatives, once again, getting a voice. The only problem, liberals stayed away. The very people who needed to hear the message. An echo chamber on steroids.

Why am I writing about the seemingly obvious? We need to get serious about this election. America is at a crossroads, and we need to save her from the brink of Socialism. President Trump was seemingly our last chance, but his ‘losing’ in 2020 put us on the brink.

Ironically, if it wasn’t for two Democrat Senators, we would already have fallen off the cliff. We have a second chance to get in the way of this extremist left-wing ideology infesting every part of our lives.

In November, we need to get control of Congress, to do so, we need to save Senator Ron Johnson from the extremist false narrative, but also, we need to beat Tony Evers. To do this we need to break out of the echo chamber. ALL OF US!

What good is having the right message if no one hears it? We can take nothing for granted in this election. It’s not a foregone conclusion, not even close! We all have been in the echo chamber for far too long, hanging with like-minded people, watching and listening to like-minded pundits and Madison Consultants. Remember, those in the Madison Consultant class who are making it seem like a slam dunk have nothing to lose, they will still have a job no matter the outcome in November.

These echo chambers lead to complacency and complacency is what the Left wants. We need to get out and engage people, all people. If you can find a reasonable person on the Left, don’t try to change their mind, just let them know why you are supporting Conservatives and let them digest the information and change their own mind.

Even the smallest seed can become the mighty sequoia

That is only a small part of it, as they’re only a few minds that are left to be changed. Let’s be real here, this is a turnout election. There is hope around the country, just looking at Trump rallies we can clearly see where the energy is. We have the makings of that proverbial ‘Red Wave’

We just need to make sure that wave does not miss Wisconsin.

Clearly, Conservatives have the energy, but we need to do something with it.

So, here’s what I am asking. Get back on the primary social media like Facebook and Twitter. Let them hear your voice. They can’t shadow-ban everyone. Attend every rally you can but spread the word about the rallies and bring other people with you.

I have seen a seismic shift in attendees at many of the rallies and events I have been involved with. Sure, the choir is there, but I am seeing lots of new faces. Hopeful, but we can do better.

Senator Ron Johnson does not have Trump on the ballot, but they still detest him like they do Trump and are doing everything to derail his momentum and the social media algorithms. Visionaries like Elon Musk have given free speech some hope if the Twitter deal gets finalized, but he is one man, we ALL need to mobilize.

I am not telling you this to deflate, but to motivate you. The country needs us, all of us. Nobody knows what the outcome will be in November, NOBODY! To pretend otherwise is foolish. We have seven months, a political eternity, to close this deal and literally save Wisconsin and the American Way from the Socialist Left.

The Silent Majority needs to mobilize. Only a sweep with Recall level turnout will give the Left the proverbial ‘bitch slap’ it so badly needs. The election is ours to win, a chance to liberate us from the clutches of the socialist Left, right now we are just landing at our Omaha Beach.

It’s that serious, let’s roll and break out of that echo chamber and STOP CANCELLING each other!

Time to get into the fight!

“I don’t say these things because I believe in the ‘brute’ nature of men or that men must be brutalized to be combative. I believe in God, and I believe in human decency. But I firmly believe that any man’s finest hour — his greatest fulfillment to all he holds dear — is that moment when he has worked his heart out in a good cause and lies exhausted on the field of battle – victorious.” – Coach Vincent T. Lombardi, Green Bay Packers