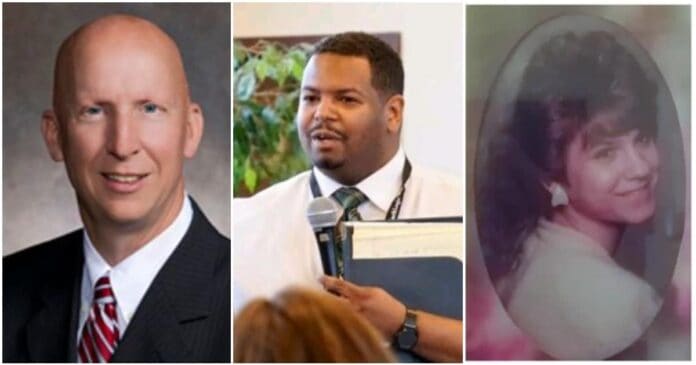 This is the second flip flop on the matter by Stroebel, who previously expressed concern about firing Tate because Tate is black. In other news, state Sen. Patrick Testin has signed the petition.

State Senator Duey Stroebel (R-Saukville) has reversed his decision and has now refused to sign a petition that would allow Republicans in the state Senate to fire Gov. Tony Evers’ embattled Parole Commission Chairman John Tate, who granted parole to a man who stabbed his wife 42 times.

A spokesman for Duey Stroebel told WRN on May 24, 2022, that Stroebel “is not going to sign the petition. His explanation is that although he has publicly said he would vote that way. Since the petition is so far short of the number needed, there is no purpose to adding his name, and he has never signed such as extraordinary procedural petition before and, since it won’t make a difference, he’s not doing it.”

Evers has refused to fire Tate, his appointee, who reversed the parole decision after great pressure from the victim’s family. Republicans could do so, but Senate leader Devin LeMahieu (R-Oostburg) won’t call the vote because he thinks it hurts Evers more politically not to. State Sen. Roger Roth (R-Appleton) then circulated a petition to force the vote. Seven Republicans signed it, including, most recently, state Sen. Pat Testin, who, along with Roth, is running for lieutenant governor. The three major Republican candidates for governor, Rebecca Kleefisch, Kevin Nicholson and Tim Michels have all called on the Senate and Evers to fire Tate. Kleefisch first raised the issue that Tate was never confirmed, giving the Republicans power to oust him.

Duey Stroebel first expressed concern that Republicans could be accused of racism if they fired Tate, who is black. Tate’s chairmanship became controversial when he paroled a wife killer, Douglas Balsewicz, who is white and made racist comments before the homicide.

We asked to speak with Stroebel to ask him some follow-up questions. For example, on moral principle, shouldn’t this come to a vote, especially as the family of murder victim Johanna Balsewicz is seeking it? And wouldn’t Stroebel signing the petition urge others to do so as well? But Stroebel wouldn’t talk to us directly about it.

“If we come in and take the vote, which will only result in an immediate and equally bad replacement, the left can frame the narrative as unprecedented, partisan, and possibly even racially motivated,” Stroebel said previously.

This was Duey Stroebel’s first comment on the matter last week. He said it was a “mistake” for the state Senate to come into extraordinary session.

“If there were ever a vote to be taken on confirming John Tate, I would vote against confirmation. That being said, I think it would be a mistake to bring in the Legislature to take such a vote at this time. John Tate is now the face of extreme liberal appointments Tony Evers must answer for. If we come in and take the vote, which will only result in an immediate and equally bad replacement, the left can frame the narrative as unprecedented, partisan, and possibly even racially motivated. All news coverage going forward now is about the Evers appointee doing X. I believe that is the coverage angle we want.”

Last week, after conservative talk show host Mark Belling also slammed Republicans for not calling the vote, Duey Stroebel flipped for the first time, now saying he was for the extraordinary session.

“I have carefully weighed the pros and cons of the Tate situation. Obviously what Tate did was a travesty and totally indicative of Evers’ attitude regarding the criminal element in our state. We must always remind the voters that Evers put Tate in that position. We must also understand that as long as Evers is our governor, he will continue to appoint people of that ilk to that position.

While I have publicly stated I would vote to remove Tate if it came to a vote, I did not support the Senate coming back to take that vote. That being said, outside of politics, we need justice in our state first and foremost. Second, I believe I should support our Republican gubernatorial candidates, who have universally advocated for his ouster. Therefore, after further consideration, I support the Senate taking the vote to remove Tate from the Parole Commission.”

Those who did are Roth, Julian Bradley, Steve Nass, Andre Jacque, Patrick Testin, Kathy Bernier, and John Jagler, all Republicans. That’s 7. Roth needed 17 legislators, Republican or Democrat, by May 24, 2022. He didn’t get them.

In a statement to WRN, Testin said, “Violent crime cannot be tolerated. Last week, I went on a ride-along with the Milwaukee Police Department. I saw the victim of a homicide and I was there when officers responded to shots fired. People are afraid, and the revolving door justice system exemplified by John Tate is failing Wisconsin. This cycle must end.”