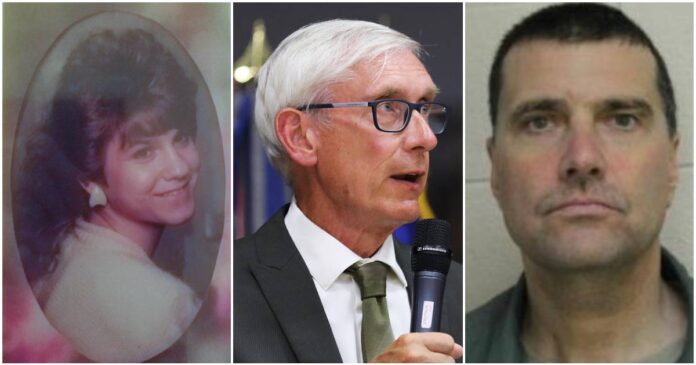 Gov. Tony Evers, despite being asked about the looming parole of wife-killer Douglas Balsewicz, has refused to condemn the release and won’t comment on whether he will remove the Wisconsin Parole Commission chairman who granted it.

Wisconsin GOP Candidates are weighing in and blasting Governor Evers and his parole board chairman, John Tate, for Tate’s decision to grant parole to Douglas Balsewicz, who in 1997, broke into his estranged wife’s Milwaukee house and stabbed her 42 times in front of the couple’s toddlers, ages 2 and 4. He left the kids behind with their dead mother and went to Taco Bell. A neighbor later discovered the toddlers, covered in their mother’s blood, walking down the street holding hands.

The Republican candidates for governor – Kevin Nicholson, Tim Michels, and Rebecca Kleefisch – called for the Wisconsin Parole Commission to reverse its decision to release Balsewicz. They also called for Gov. Tony Evers to remove Tate, his appointee, from the Parole Commission. Tim Michels further called upon Evers to halt the granting of parole for the rest of 2022. “The governor should reverse that decision and immediately put a halt to any further grants of parole from his commission in 2022,” Michels said of the Balsewicz case. 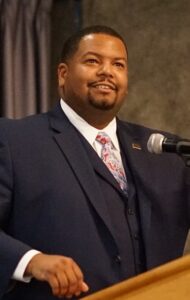 In a letter to Evers, Nicholson called on Evers to use his “influence as the Governor of Wisconsin to reverse this horrible decision before his scheduled release date of May 17th.”

Tony Evers’ Parole Commission is releasing the convicted wife killer after just over 1/4th of his sentence, over the objections of the family of the victim, Johanna Rose Balsewicz. Douglas Balsewicz was sentenced to 80 years in prison in 1997 by then Milwaukee County Judge Diane Sykes, who clearly stated at sentencing that she did not want him granted early release. He has served less than 25 years and is only 54. [Read our story detailing the case, family’s outrage, and parole decision here.]

Evers has refused to respond to our repeated questions about the parole, including whether he condemns it. He told WISN-TV previously that he can’t reverse Parole Commission decisions. However, he appointed and can remove the chairman, a former social worker who helped found a group devoted to repealing truth-in-sentencing and other tough-on-crime measures. And certainly, Evers could condemn the parole and call on the commission to reverse it, as the GOP candidates have done. Since he was appointed the chairman, his voice would clearly have great weight. 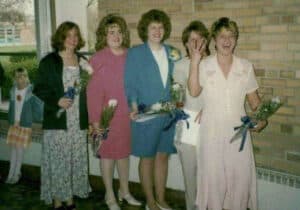 Instead, an Evers’ spokesman did not respond to the Associated Press when the wire service asked whether he would remove Tate. Again, he chose not to condemn the release.

We previously wrote Evers a series of questions and did not hear back. We sent Evers’ press office these questions as a follow-up and have not heard back to them, either:

The non-partisan Legislative Reference Bureau confirmed to Wisconsin Right Now that the governor has the unilateral ability to remove Tate, a former social worker with anti-police views, from the Parole Commission. Tate serves at the governor’s pleasure.

We’ve also learned from the Parole Commission that Commissioner Jennifer Kramer first recommended Balsewicz’s release. She was appointed to the commission by Evers’ appointee Tate, who had the final approval, the Commission confirmed to WRN.

“The assigned Commissioner, Jennifer Kramer, assessed that Mr. Balsewicz had satisfied these requirements, and recommended a grant,” the commission stated. “The Chair, John Tate II, as final authority over the Commission, reviewed and approved it (4/27/2022), so this decision is final. This grant has an eligibility date for release of 5/17/2022. The institution will have 30 days from that date to effectuate release.”

We also asked Democratic Attorney General Josh Kaul for comment but we did not hear back, either. We will add his comment to this story if it’s received. We are expecting a comment from GOP governor candidate Tim Ramthun soon.

Here are the candidates’ comments: 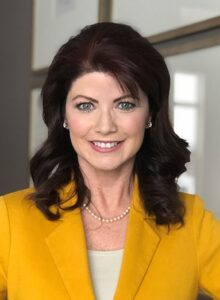 “What do you expect when you prioritize ‘woke’ initiatives like cutting the prison population in half instead of actual public safety? Tony Evers’ parole board has been an absolute disgrace and when I’m governor I will put an end to pro-criminal policies like these by firing liberal activists behind these bad decisions.”

Asked whether Tate should be removed and the parole decision reversed, Kleefisch said yes. In a letter to Governor Evers, Kevin Nicholson wrote,

You campaigned on cutting the prison population in half and pledged to expand the release of inmates. Your appointee to the Parole Commission, John Tate, also has championed releasing more inmates on parole and is openly against mandatory minimum sentencing for violent offenders. These policies have proven to degrade law and order in Wisconsin. This has to stop.

In the case of Douglas Balsewicz, you need to do the right thing. Balsewicz brutally murdered his wife in front of her two young children. This is not someone that can be let out on the streets. Use your authority and influence as the Governor of Wisconsin to reverse this horrible decision before his scheduled release date of May 17th. Wisconsinites will not be safe with Balsewicz out on the streets.

I further call on you to remove your appointee to the Parole Commission, John Tate, for permitting this absurd and horrible decision.

Under Wisconsin state law (17.07(3m)), as Governor, you have unilateral authority to remove the Parole Commission Chairman. It is unacceptable that John Tate serves in his capacity on the board following his decision to allow a violent felon to be released onto our Wisconsin streets. He has dishonored the reputation of the Wisconsin Parole Commission and displayed an incomprehensible lack of leadership.”

“As if soft prosecutors and liberal judges weren’t dangerous enough, now we have Tony Evers’ parole commission letting out someone who should be behind bars for the rest of his life. The governor should reverse that decision and immediately put a halt to any further grants of parole from his commission in 2022. They are clearly unqualified and are making Wisconsin more dangerous.” 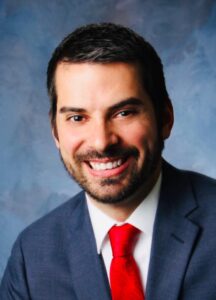 “There is no justification for this decision and it is a miscarriage of justice. Tony Evers must condemn this decision and remove the parole commissioner. Sadly, Evers will do nothing because this fits with the liberal soft on crime agenda of Tony Evers and Josh Kaul that has contributed to historic violence and drugs across Wisconsin.” 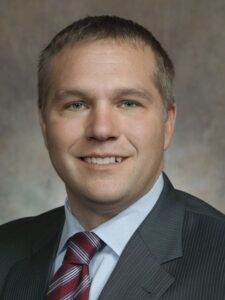 “Crime is on the rise across Wisconsin as Democrats fan the flames of violence with harmful rhetoric and policies, yet instead of working to make our streets safer, Tony Evers’ Parole Commission is letting dangerous monsters walk free. This is wrong and must be stopped. It’s time to Make Wisconsin Safe Again, which is why I’ve outlined a plan for backing the badge, funding our brave law enforcement, and returning sanity to our streets.”

On May 10, 2022, the Wisconsin Parole Commission responded to questions we asked about the parole by saying the following:

“Mr. Balsewicz was sentenced by the Milwaukee County Circuit Court to an 80-year sentence with parole eligibility, under Wisconsin Statutes 304.06 and PAC 1.05. Under these statutes, the Commission had the authority to grant parole starting at 25% of time served, or after 20 years in this case. Mr. Balsewicz reached this statutory parole-eligibility date in 2017, and was initially denied parole. He was most recently seen by the Commission on 4/14/2022, which was his fifth parole review. There is no technical difference between parole and early release, just a difference in phrasing.

While Mr. Balsewicz was previously parole-eligible, a grant required satisfaction of all five requirements (conduct, programming, risk reduction, time served, and release plan). The assigned Commissioner, Jennifer Kramer, assessed that Mr. Balsewicz had satisfied these requirements, and recommended a grant. The Chair, John Tate II, as final authority over the Commission, reviewed and approved it (4/27/2022), so this decision is final. This grant has an eligibility date for release of 5/17/2022. The institution will have 30 days from that date to effectuate release. The Fox Lake Warden is not directly involved in the parole process.

Victim input is essential to the parole process. The loss of life, and its impacts, weigh heavily on the decisions of the Commission. Registered victims were notified of Mr. Balsewicz’s parole consideration by the Office of Victims Services and Programs (OVSP). They provided statements, which were factored into consideration at this most recent review, and at prior reviews. Notification of his release has been sent to the registered victims. You are correct that such notification is required under state law. In this case, victims contacted the Commission right after the grant was approved and before the notification letters had reached them through the mail. Upon release, Mr. Balsewicz will be carefully monitored by his assigned probation and parole agent under the Division of Community Corrections (DCC) of the Wisconsin DOC. He is to have no contact with the victims or their family members.

With regards to the requirements for a grant, it was noted that Mr. Balsewicz has sustained acceptable institution conduct, with no major conduct reports (the violations you referenced). There were a total of seven minor conduct reports while incarcerated, with the last minor conduct report occurring in 2016. He has satisfied all of his programming needs, as determined at the institution, and which are considered essential to rehabilitation. He has also earned minimum security classification. Finally, he has an approved release plan, as determined by DCC, as well as an outside support network whose letters were also included for consideration. Based on these factors, his risk has been sufficiently reduced. The Commission has determined that the amount of time served is sufficient so as not to diminish the seriousness of the offense.”