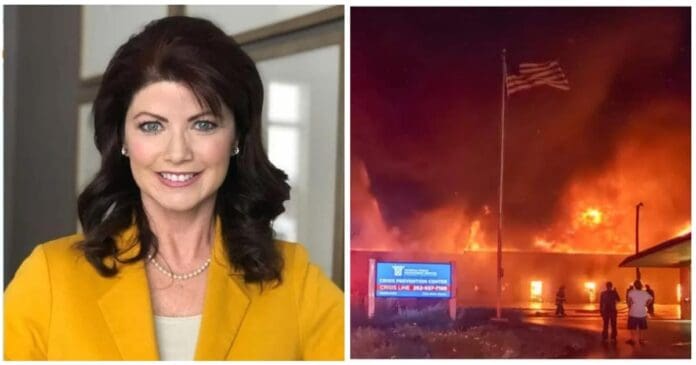 I’ve served as a police officer in the Kenosha area for 20 years. For the men and women like me who serve in law enforcement, this has been a challenging few years. We’ve faced calls for defunding our departments. We’ve been used as political pawns by elected officials. We’ve witnessed our fellow officers be physically attacked, shot at, and in the worst-case killed while serving their fellow citizens.

Sadly, the rioting in Kenosha was a stark reminder that we can’t count on Governor Evers to have our back. Governor Evers and Lt. Governor Barnes both issued inflammatory statements and abandoned law enforcement. They turned their back on us when we needed their support the most.

Unfortunately, that feeling of abandonment is all too common among law enforcement officers around the state. Tony Evers has stood idly by while local governments slashed department budgets and made it more difficult for us to keep our communities safe. His failure to stand with law enforcement has coincided with increases in violent crime across the state. There are more car thefts in Milwaukee than in Chicago. Even Wisconsin’s tourist destinations haven’t been immune from out-of-control violence.

That’s why I was upset to see Rebecca’s Republican primary opponent Kevin Nicholson attempting to portray her as being anti-cop for his own political gain. There is a reason Rebecca has the endorsement of the Kenosha Professional Police Association Board, the Wisconsin Fraternal Order of Police, the Milwaukee Police Association, and a majority of Wisconsin’s sheriffs. It’s because we know that as governor, Rebecca will be a tireless advocate for law enforcement across the state.

Rebecca Kleefisch has always had the backs of the brave men and women who stand on the thin blue line. So while her opponents may try to twist words and take statements out of context, we in the law enforcement community know the real Rebecca and what she stands for. We also know she is the best candidate to take on Governor Tony Evers this fall.

Pete Deates has been a Police Officer in the Kenosha area for 20 years and is President of the Kenosha Professional Police Association.