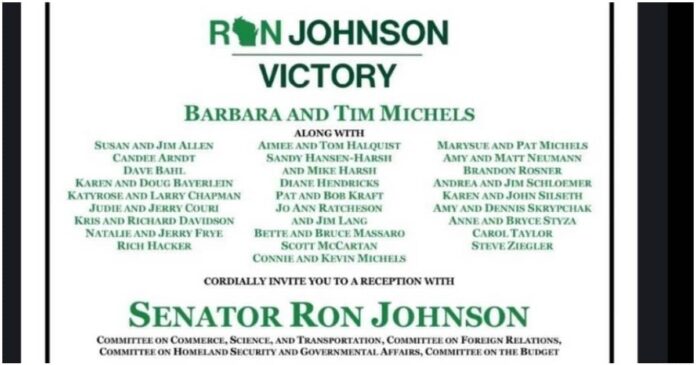 A fundraiser for U.S. Senator Ron Johnson will be held tonight at the home of Michels Corp. co-owner, Tim Michels. The fundraiser full of GOP heavyweights is occurring as buzz is growing that Michels is about to jump into the Wisconsin governor’s race, and it features some conservative powerhouse donors, including billionaire Diane Hendricks.

Wisconsin Right Now has exclusively obtained the invitation for the Ron Johnson Victory event. It should be an interesting event, with the governor’s race talk escalating. Hendricks, of Beloit-based ABC Supply Co., was with Tommy Thompson when he met with Donald Trump at Mar-a-Lago recently, but Thompson opted not to run for governor. Michels, a major Trump and GOP donor, has also met with Trump, according to talk show host Jay Weber.

It was widely believed that Thompson and Michels had decided only one of them would run. Thompson told WISN-TV that Michels told him he is running for governor now that Thompson has opted out.

Tim Michels’ announcement is expected imminently. We’ve heard that he might announce tomorrow or next week. He’s a former U.S. Senate candidate who helps run a major family-owned construction company.

You can see the full invite below. We’ve confirmed that it’s being held at Michels’ personal home in the Lake Country of Waukesha County. 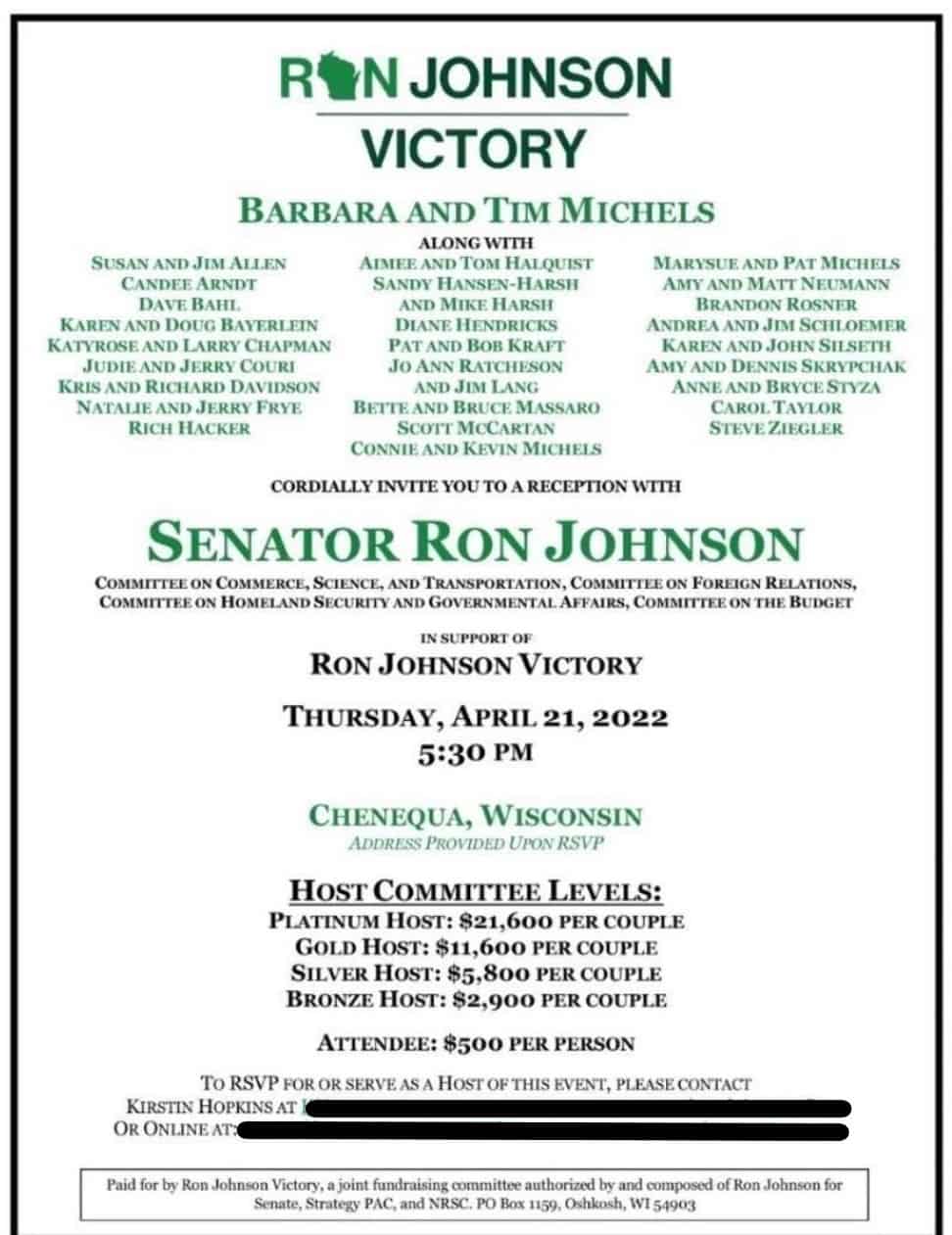