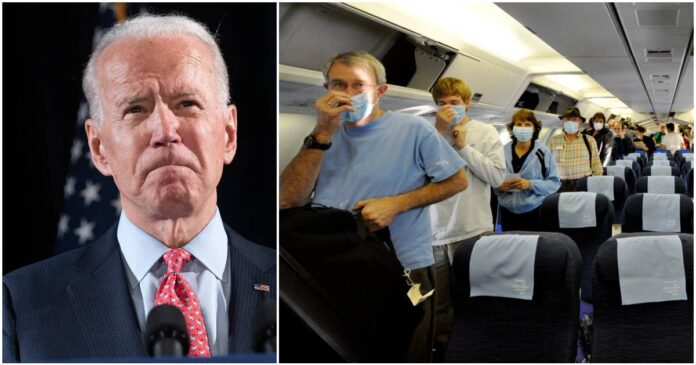 A federal judge on Monday struck down the Biden administration’s controversial mask mandate for planes, airports and trains.

“But the mandate exceeded the CDC’s statutory authority, improperly invoked the good cause exception to notice and comment rulemaking, and failed to adequately explain its decisions,” she wrote in the ruling.

Last month, a bipartisan group of senators passed a resolution 57-40 that would repeal the federal mask mandate on airplanes and federally regulated public transit.

Critics of the mandate praised the judge’s ruling. They had argued it was not necessary and conflicted with the Biden administration’s decision to lift Title 42, a Trump-era immigration rule that allowed border agents to immediately expel illegal immigrants to slow the spread of COVID into the U.S.

“The federal district judge correctly held that that CDC transportation mask mandate was unlawful and violated the Administrative Procedure Act,” Texas Public Policy Foundation Executive Director and General Counsel Rob Henneke said. “The Court’s order vacates the CDC Mask Mandate, which will be effective for all persons nationwide as soon as final judgment is entered by the Clerk of the Court. While the Court’s order stops the mask mandate for now, TPPF’s lawsuit representing Congresswoman Beth Van Duyne continues to litigate the underlying constitutional issues.”