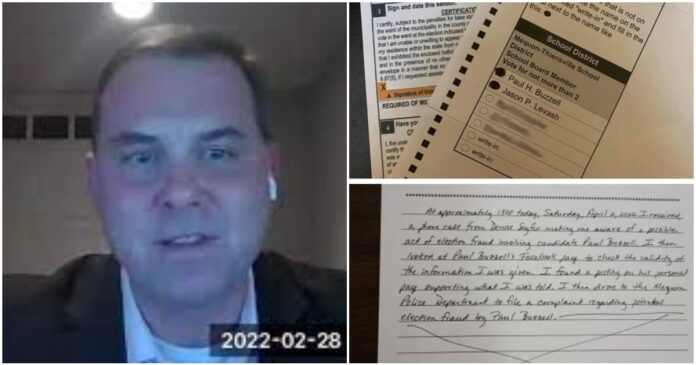 Mequon-Thiensville school board candidate Paul Buzzell is being accused of felony election fraud in a complaint to the police department regarding a photo of a completed ballot that he allegedly posted on Facebook contrary to state law.

A Thiensville woman named Loretta King wrote an April 2, 2022, witness statement to the Police Department. We reached out to Paul Buzzell for comment but did not receive a response.

King wrote that, on April 2, 2022, “I received a phone call… making me aware of a possible act of election fraud involving candidate Paul Buzzell. I looked at Paul Buzzell’s Facebook page to check the validity of the information I was given. I found a posting on his personal page supporting what I was told. I then drove to the Mequon Police Department to file a complaint regarding potential election fraud by Paul Buzzell.” 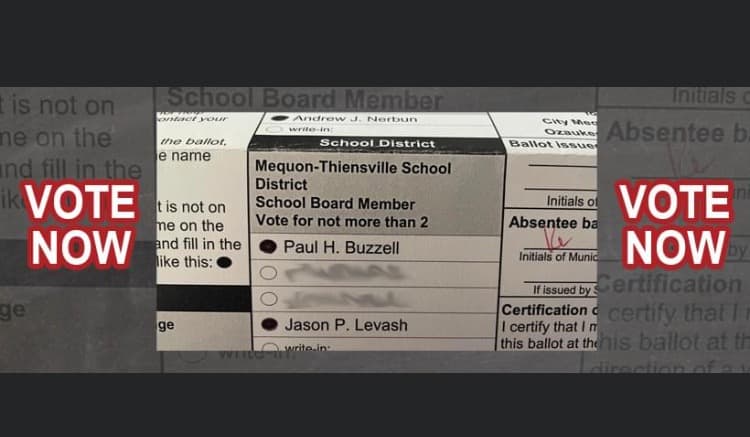 According to CBS 58, Paul Buzzell is “a former school board member and part of Inform Mequon-Thiensville. He said overhauling the current school board would be detrimental to the district.”

According to Spectrum 1, it’s legal in Wisconsin to take a photo of an UNMARKED ballot, but “you’re not allowed to show your marked ballot to anyone else.”

Wisconsin statutes say it’s “election fraud” if a person “shows his or her marked ballot to any person or places a mark upon the ballot so it is identifiable as his or her ballot.” In fact, it’s a felony.

We received the statement from Amber Schroeder who was a key organizer of the earlier recall in the School Board race, which focused on concerns about critical race theory and academic performance in schools. Schroeder told Wisconsin Right Now that police were asked to pass the complaint to the district attorney. She sent us a statement sent out by Republican Attorney General candidate Eric Toney, who urged citizens who see possible election fraud complaints to refer them to local district attorneys, who have the power to seek an injunction, which Toney believes is a powerful tool to protect election integrity that is little known by DAs and voters. 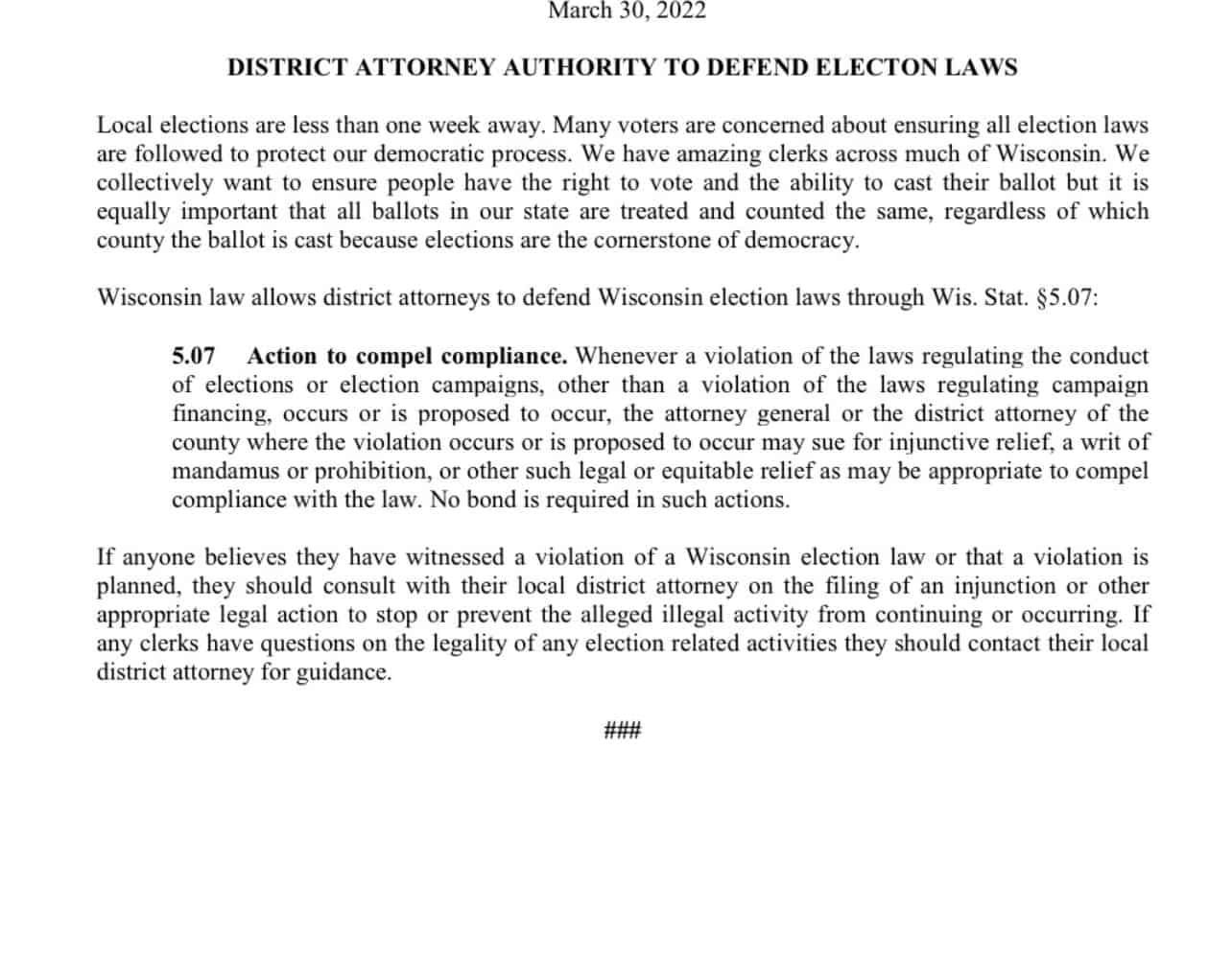 “This is a great example of why people don’t trust our election process,” Schroeder told Wisconsin Right Now. “If candidates can completely break the law with no consequences, why would anyone else follow the rules?”

Paul Buzzell is one of four candidates on the ballot on April 5, 2022, in the Mequon-Thiensville School Board race, vying for two seats on the board.

The candidates are Buzzell, Jason P. Levash, Scarlett Johnson, Jill Chromy. The Republican Party of Ozaukee County is urging people to vote for Johnson in that race. 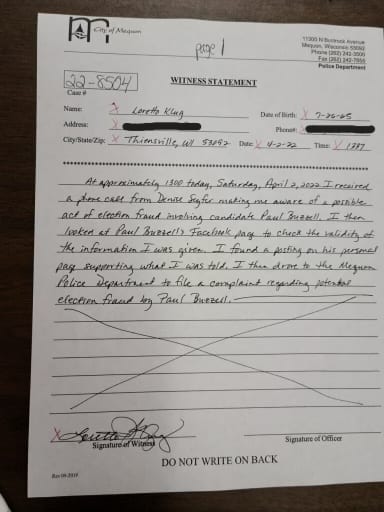 Schroeder is also trying to call attention to an email she says that Buzzell wrote. You can read it here: