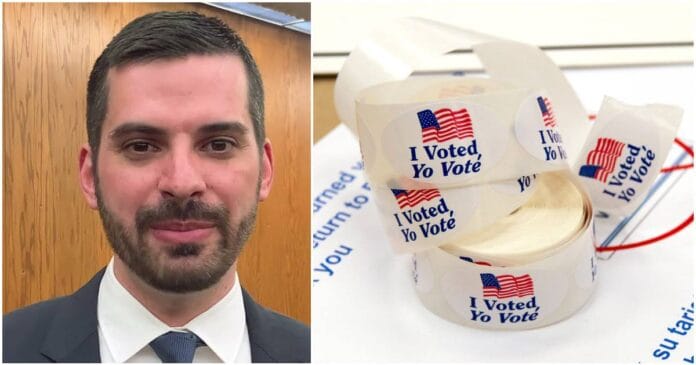 Fond du Lac County District Attorney Eric Toney, a Republican candidate for Attorney General, is reminding voters that people who suspect they witness an election law violation can ask their local district attorney to file an injunction to stop or prevent the alleged illegal activity from continuing or occurring.

Many citizens may not be aware that DAs have that power, and Toney issued the statement to highlight that avenue to voters who might witness election fraud and who aren’t sure what to do about it. He believes some DAs weren’t even aware they have the power.

“If anyone believes they have witnessed a violation of a Wisconsin election law or that a violation is planned, they should consult with their local district attorney on the filing of an injunction or other appropriate legal action to stop or prevent the alleged illegal activity from continuing or occurring,” Toney wrote in a news release. “If any clerks have questions on the legality of any election-related activities they should contact their local district attorney for guidance.”

There are spring elections throughout the state on April 5, 2022, including a mayoral election in Milwaukee and local school board and municipal elections in other communities.

“Many voters are concerned about ensuring all election laws are followed to protect our democratic process,” Toney said in a news release.

“We have amazing clerks across much of Wisconsin. We collectively want to ensure people have the right to vote and the ability to cast their ballot but it is equally important that all ballots in our state are treated and counted the same, regardless of which county the ballot is cast because elections are the cornerstone of democracy.”

5.07  Action to compel compliance. Whenever a violation of the laws regulating the conduct of elections or election campaigns, other than a violation of the laws regulating campaign financing, occurs or is proposed to occur, the attorney general or the district attorney of the county where the violation occurs or is proposed to occur may sue for injunctive relief, a writ of mandamus or prohibition, or other such legal or equitable relief as may be appropriate to compel compliance with the law. No bond is required in such actions.