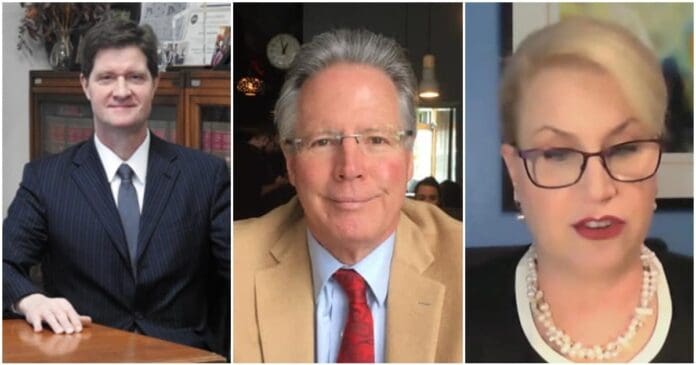 “Shall” doesn’t really mean “shall.” In a Clintonesque decision, DA John Chisholm’s office has refused to prosecute two WEC members, who were major Joe Biden donors, for their actions in the 2020 presidential election.

Milwaukee County District Attorney John Chisholm’s office has dredged up decades-old cases, some from the 1950s and 1960s, to justify his refusal to prosecute two major Joe Biden donors who serve on the Wisconsin Election Commission, in a bizarre memo that argues the word “shall” in state law doesn’t mean that people are actually required to follow the law. 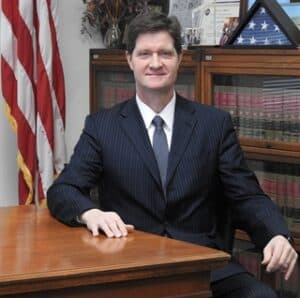 It should be noted that this is the same DA who once presided over the lengthy John Doe proceeding into major conservatives throughout the state, accusing them of conduct that wasn’t prohibited by the law.

The Chisholm “decision held, that according to the opinions of the reviewing Assistant District Attorney, the words ‘shall’ and ‘not’ are not controlling in the interpretation of the statute, but merely ‘directory and not mandatory,'” the Racine sheriff noted in a statement after receiving the letter from Chisholm’s office. “It should be noted that the first three cases cited in the support of the DA’s Office are from rarely referenced cases from 1955, 1966, and 1974.”

In other words, Chisholm’s office is arguing that state laws on special voting deputies in nursing homes don’t really require what they say they require because the laws use the word “shall.” His assistant prosecutor, who authored the non-prosecution decision memo for Chisholm’s office, argues the word “shall” means the law is “directory” not “mandatory,” and thus it’s not a crime to ignore it. Read the statute in question here.

For example, the lengthy state law reads, “Special voting deputies in each municipality shall, not later than 5 p.m. on the 6th working day preceding an election, arrange one or more convenient times with the administrator of each qualified retirement home and residential care facility in the municipality that the deputies are scheduled to visit.”

The Racine Sheriff thinks otherwise: The Wisconsin Election Commission blatantly and openly violated state law and committed felony crimes throughout the state of Wisconsin by ordering that special voting deputies should not go into nursing homes during the 2020 presidential election, as required by statutes, the Racine County Sheriff said in a previous news conference. 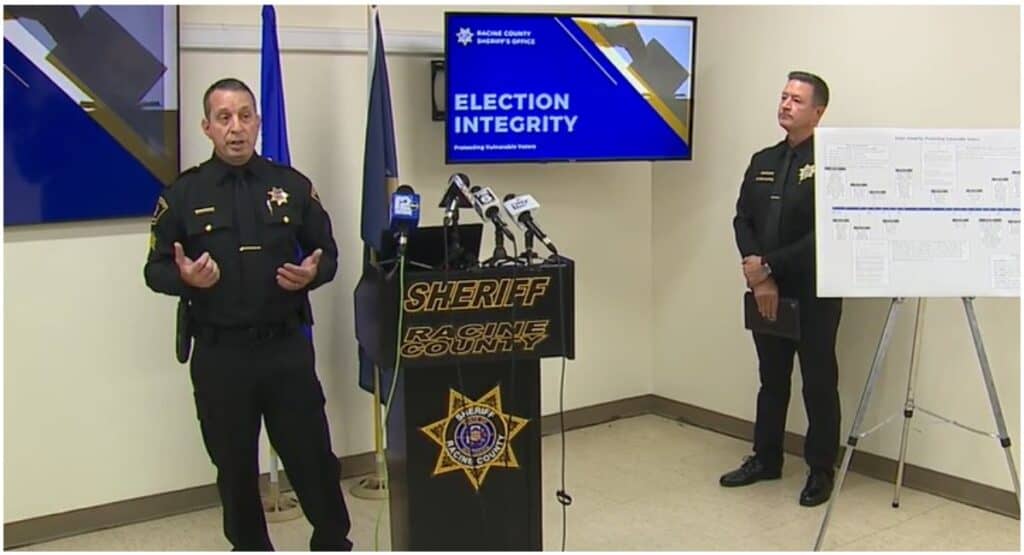 The Racine County District Attorney, Patricia J. Hanson, also thinks otherwise (but said she didn’t have jurisdiction to prosecute): “I am of the opinion that the WEC exceeded any authority granted to it by the legislature. Additionally, the internal checks and balances of municipal clerks making lists of residents from each facility who had actually requested absentee ballots for the SVDs to verify, was eliminated,” she wrote previously. But she said she didn’t have jurisdiction, so the referrals from the Sheriff landed on the desks of the prosecutors in the counties where the various Commissioners live, absent Robert Spindell, against whom charges were not referred.

When it comes to Jacobs and Thomsen, they both reside in Milwaukee County, under the jurisdiction of John Chisholm’s office, who is notorious for his sky-high non-prosecution rate.

AG candidate Eric Toney said in a tweet, “DA Chisholm took a year to figure out he didn’t have venue for an investigation into alternate electors. He then released his findings around Jan 6, 2022 but the SVD decision was made in a span of weeks, despite clear evidence election laws weren’t followed. #Politics #elections“

Racine County Sheriff Christopher Schmaling and Sgt. Mike Luell previously said that elderly nursing home residents at Ridgewood Health Care Center in Mount Pleasant were victimized by the alleged lawbreaking because staff members helped residents cast ballots even though they couldn’t recognize family members, did not know who the president was, and, in one case, had been declared incompetent. One cognitively impaired woman’s ballot was counted even after she died, sheriff’s officials said. Staff members were told to handle ballots for residents. The sheriff’s officials went so far as to say vulnerable elderly residents were preyed upon; they said they don’t know who those residents voted for.

See video interviews of the residents and their families here.

Schmaling previously referred felony charges against the five election commissioners after presenting a detailed, thorough investigative report to the public, which you can read here.

“In the directives, the Wisconsin Election Commission ordered the voting clerks in every municipality in the state to ‘not use the Special Voting Deputy ‘process’’ as required by Wis. Stat. § 6.875,” Schmaling found.

But Chisholm’s office decided it wasn’t really required at all because the statutes use the word “shall.”

District Attorneys in St. Croix County, Sheboygan County, and Green Lake County, are still reviewing Schmaling’s referrals against the three other members of the WEC for their actions in the 2020 presidential election.

It’s possible they could charge Thomsen and Jacobs using “party-to-a-crime” statutes, giving them jurisdiction if they find criminal wrongdoing against the commissioners who live in their counties, legal experts told WRN.

The Milwaukee County District Attorney’s Office was the first office to make a charging decision. Attorney General Josh Kaul has refused to even look at it.

“Without reviewing a single page of any report, AG Josh Kaul declined to initiate an investigation,” the Racine Sheriff wrote in a statement.

“The Sheriff’s Office next referred this criminal investigation to the Racine County District
Attorney’s Office who decided that the WEC acted ‘contrary’ to the law and that the numerous uses of the word ‘shall’ and ‘not’ the statue, Wis Stat. sec. 6.875, were controlling and legal mandates in determining the possible criminal culpability of the commissioners of the WEC,” wrote Schmaling.

A non-partisan audit unrelated to Schmaling’s investigation previously outlined ways in which the Commission allegedly usurped state law. Read about the audit here.

Assistant District Attorney Matthew Westphal wrote in the decision to Schmaling and Luell that the officer was “declining to file criminal charges relating to this matter,” claiming, “it has been determined that there is insufficient evidence to prove beyond a reasonable doubt that a crime was committed.”

In particular, the referral alleged that Wisconsin Election Commissioners Ann Jacobs and Mark Thomsen engaged in “Misconduct in Public Office and Election Fraud through the advice they provided regarding special voting deputies in care facilities.”

The referral alleged that five of six WEC commissioners, including Thomsen and Jacobs “provided guidance regarding Special Voting Deputies…in care facilities that was contrary to law.”

According to Chisholm’s decision, a woman filed a complaint with the Election Commission, saying her mother received a ballot and voted absentee but lacked the “necessary capacity to either request or choose who to vote for.”

The decision cites a case from 1955 in which, despite a statute saying how ballots “shall” be delivered to voters, the courts “should look to the whole and every part of the election laws, the intent of the entire plan, the reasons and spirit for their adoption, and try to give effect to every portion thereof.”

Court decisions in 1974 and 1981 also found that the word “shall” was directory and not a mandate. In other words, it was advisement.

The Legislature excluded the statute from the “list of mandatory provisions” and did “not include an express statement that non-compliance with its terms is fatal or will render a doubtful result,” wrote Westphal.

Westphal wrote that the sheriff focused on family members’ concerns about their loved one’s cognitive abilities absent a finding of non-competency by a court, disqualifying a person from voting.

There is no evidence that the commissioners “encouraged anyone to improperly request or submit a ballot,” he said.

“There is no evidence to support that the WEC received or intended to receive any advantage,” he continued.

Westphal also found that there was no evidence the commissioners acted with “nefarious purpose” as they cited the pandemic in their actions relating to nursing homes.