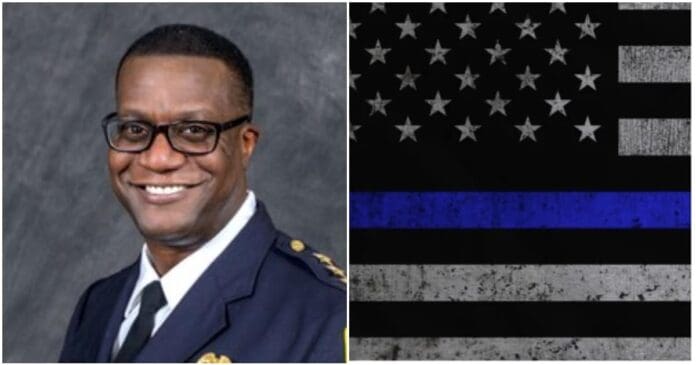 WRN notes that commenting on Chief Norman’s YouTube video was turned off.

Upset family members of fallen Milwaukee police officers are calling out Milwaukee Police Chief Jeffrey Norman for banning the thin blue line, saying the chief is “disparaging” officers and removing a symbol that shows honor to those who have given the ultimate sacrifice.

“This flag represents so much more and means everything to the Officers and fallen families. I am beyond angry,” Ewer said. “These cops have been beaten down and put through hell, especially over the last few years abs this is how we support them.” 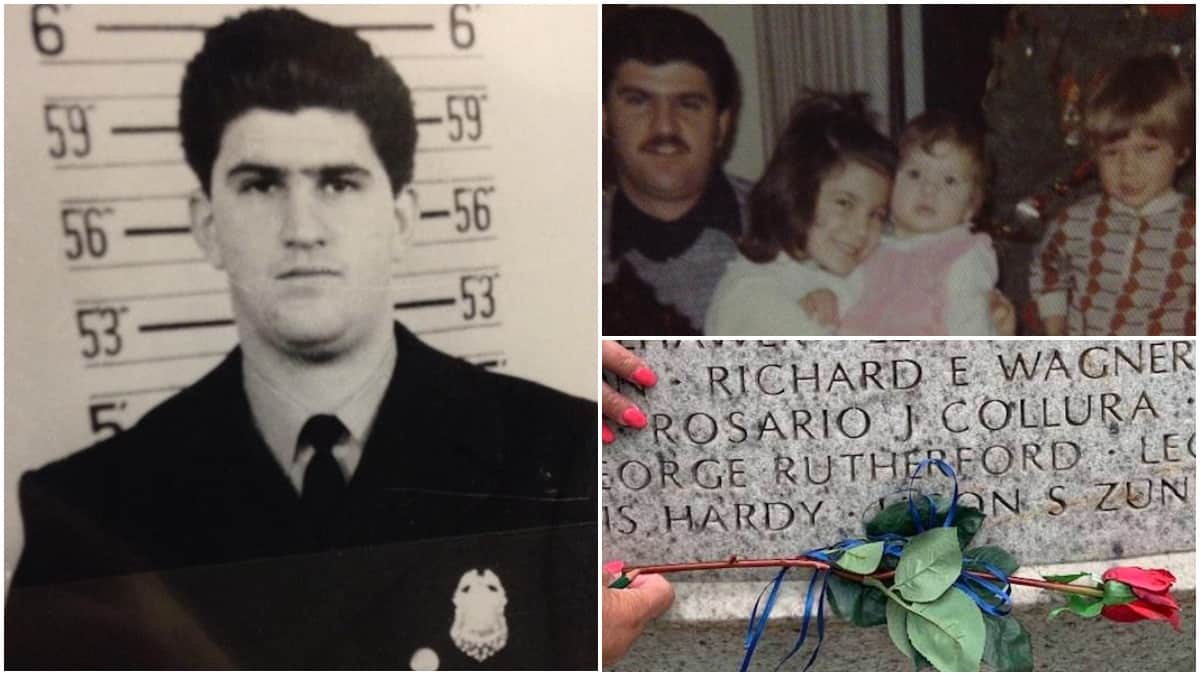 “I am grievously offended by Chief Norman’s disparaging the wonderful and exceptional officers who comforted and assisted my family then and continue to do so years later,” Hasenstab told Wisconsin Right Now.

Collura was shot and killed with another officer in 1985 while disrupting a drug deal. Hasenstab died in 1989 of injuries suffered in the pursuit of a stolen vehicle.

The Milwaukee Police Department banned comments on the YouTube video in which Norman explained that “this is done to have an inclusive and equitable environment for our police department,” adding, “I work hard to work for trust in all of our parts of our community.” The ban comes after the department told WRN it wasn’t banning the thin blue line symbol after Norman ordered blue line chapel signs taken down. Those signs, which advertise religious services for officers, contained the thin blue line.

However, the family members of the fallen officers indicated that they have lost trust in Norman.

As a daughter of a fallen MPD officer, this infuriates me that he is so cowardly falling to the woke crap. This flag represents so much more and means everything to the Officers and fallen families. I am beyond angry. These cops have been beaten down and put through hell, especially over the last few years abs this is how we support them.

I just might have to carry my big flag in May to the Milwaukee Police memorial and have a conversation with this chief. Each precinct should have this flag flown and flown proudly to honor our fallen and support our active brave men and woman. So it is ok for my dad’s photo to be on a wall at the 5th district police precinct that just got shot up, but no flag on the wall to honor his ultimate sacrifice??? The flag that Chief Norman is making all the men and women take down all over the city of Milwaukee means so much more! Shows them support and encouragement. I think most of us would agree our officers could use some of that. Even in their home away from home, it is not allowed to be displayed. I challenge this Chief to not be a coward and stand up for what is right. Give these men and women that serve the community of Milwaukee his true support. Every time I wear my thin blue line flag, I wear it proud for the ultimate sacrifice my father gave with his own blood… He is sending a clear message and it is the wrong one. -Helena Collura Ewer (Daughter of fallen MPD officer Rosario Collura)

As a sibling of an MPD officer whose life was lost in the line of duty, I am grievously offended by Chief Norman’s disparaging the wonderful and exceptional officers who comforted and assisted my family then and continue to do so years later. A chief should work to elevate everyone, not contribute to the hatred a small segment of the community has for laws and their enforcement.– J. Michael Hasenstab (Brother of fallen MPD officer Steven Hasenstab)

“Greetings MPD family it has come to my attention that there is frustration over the department’s directive of not having any public posting or attachment to MPD materials
the blue line image I’d like to make a couple clarifying points first one I absolutely appreciate the men and women of the Milwaukee police department and the consistent sacrifices that you all are doing on behalf of our city two I recognize the importance of what the blue line image represents in one view there is courage sacrifice commitment honor three I do understand there’s another side of what the blue lion image is being seen by many individuals in the community and within our organization such as thin blue line
court of silence us versus them in the area of equity and inclusion as your chief I must set the tone and be the standard bearer additionally please note they have denied other requests to use images that will be attached to the MPD that I felt would not reflect the
professionalism and objectivity of what this organization represents for our community
thus this is our directive the blue line image should not be attached to any MPD image
posted publicly in any of our buildings or attached to any of the MPD property such as equipment or vehicles that’s not the full list of the particular places but again examples of
but please note that I do not take this directive lightly thus this directive does not affect your off-duty life nor does it affect any pre-approved ceremonies or materials attached to one of our following officers understand that this is done to have an inclusive and equitable environment for our police department I’ve always said in many parts of our community we have trust in some of our parts of our community we have somewhat trust and in few of our communities we do not have trust thus again as your chief I work hard to work for trust in all of our parts of our community I appreciate your understanding this and your support as always please stay safe and healthy you.”