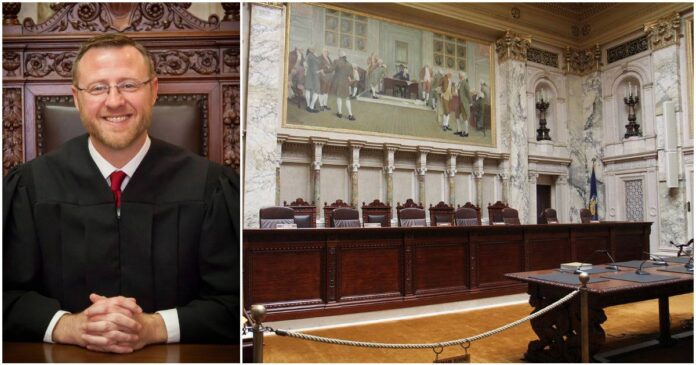 Wisconsin Supreme Court Justice Brian Hagedorn, who convinced voters he was a conservative when he ran for the seat, has authored a majority opinion that adopts Gov. Tony Evers’ legislative maps and Congressional district boundaries.

That’s according to a 4-3 decision from the Wisconsin Supreme Court on March 3, 2022. Hagedorn, who has also been a thorn in Republicans’ side on election issues, sided with the liberals on the court.

Just as I predicted. Brian Hagedorn is the best friend Wisconsin Democrats have. https://t.co/UnpY4w6X9E

Read the decision in full here.

As Hagedorn noted in the decision, every 10 years, states “are required to redraw the boundaries for congressional and
legislative districts to account for population changes. This means the maps enacted into law in 2011 cannot constitutionally
serve as the basis for future elections. The responsibility to adopt new district boundaries is not ours in the first instance,
but that of the legislature and governor via the legislative process.”

Hagedorn slammed politicians, writing, “We have given the political branches a fair opportunity to carry out their constitutional responsibilities. They have not done so.”

Hagedorn noted that the Court did not want to draw its own maps. They asked each side to submit maps that they considered against changes to state law.

Hagedorn admitted that the Evers’ maps are not perfect; “we must acknowledge that each proposal makes changes that appear unnecessary to account for population changes or to otherwise comply with the law,” he wrote.