Wisconsin: Their Punchline, Our Home 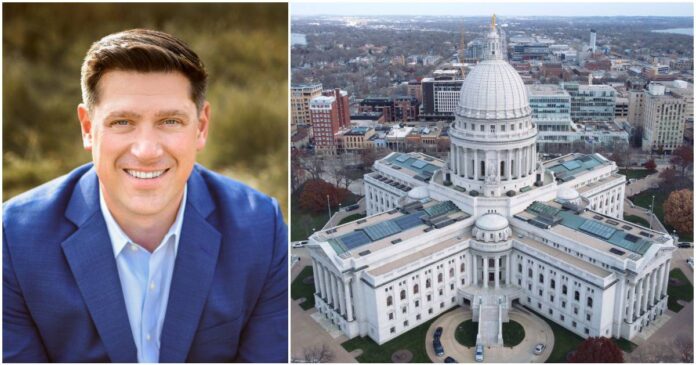 By: Kevin Nicholson, Candidate for Governor of Wisconsin

The Wall Street Journal Editorial Board recently highlighted the anger many Wisconsin conservatives feel about the illegal voting practices seen in the 2020 election in our state: ballot harvesting, ballot drop boxes, the inundation of private funds into our public elections, and the ineffective Wisconsin Election Commission (WEC). Recent pieces in Politico and the New York Times have also noted the concerns Wisconsinites have around the conduct of our elections.

That said, the authors of these articles all largely missed the forest for the trees, and some have tried to turn our state into a punchline. They revel in the opportunity to paint any concerns about the conduct of the 2020 election as conspiratorial – which is especially rich following years of some of these same outlets trying to convince America that Russia won the 2016 election for President Trump (even as charges are still being filed for that actual conspiracy).

In reality, beyond just election conduct, many Wisconsin conservatives feel general antipathy toward the Madison political machine that runs the Republican Party of Wisconsin and the state legislature. When it comes to the 2020 election, specifically, many members of that same Madison machine went along with Democrat Governor Tony Evers and the Wisconsin Election Commission in allowing blatantly illegal election practices to occur.

During the 2020 election, ballot harvesting and ballot drop boxes were allowed (people actually dragged duffel bags full of harvested ballots through Dane County parks), liberal county clerks encouraged and enabled rampant use of “indefinitely confined” status allowing voters to circumvent voter ID laws, and private funds were injected into the conduct of our state’s elections (Zuckerbucks). All of this happened with the consent – overt or covert – of WEC.  And despite all this, State Assembly Speaker Robin Vos recently reaffirmed his support for WEC.

Wisconsinites are rightly angry. Governor Evers should have looked into all of this illegal and messy conduct before he quickly certified Wisconsin’s electoral votes. But the Madison machine did not force the issue, and so he did not. This entire series of events has reinforced the sentiment that nobody in a position of leadership is serious about election integrity.

To that point, my primary opponent in the gubernatorial race (and choice of the Madison political machine), Rebecca Kleefisch, has alternated between suggesting that the GOP should hire “mercenaries” to conduct ballot harvesting, and later saying that ballot harvesting is illegal. She has flip-flopped between happily declaring that Joe Biden won the 2020 election without reservation, and now claiming that she is awaiting the results of investigations before making up her mind. This is a fundamentally unserious approach to a serious problem. Joe Biden was declared the victor of a messy, improperly conducted 2020 election in Wisconsin – and we cannot allow another election like 2020 to take place.

In a larger sense, for decades, Wisconsinites have watched our failed political class bungle and hollow out too much of what we love about our state. Sure, the last two years have been particularly horrible, but Wisconsinites have seen a long decline in everything from educational performance, to economic opportunity, to the population in rural areas of our state.  Conversely, murder rates and inflation are growing out of control.

Wisconsinites are not only concerned about election integrity; they are worried about losing the essence of their society – and for good reason. Meanwhile, many of the same reporters who wrote breathless takes on the absurd conspiracy theory of Russian collusion during the 2016 election, now disparage legitimate concerns about societal decay and 2020 election misconduct. This hypocrisy only furthers people’s anger.

These are serious problems, and Wisconsinites are not looking for more of the same failed people and solutions in response.  Wisconsinites have a deep-seated and justified unease about the future of our state. And we need leaders from outside of the Madison political machine that runs the Republican Party of Wisconsin to step up and fix the problems generated by the Left. When it comes to elections, we must get rid of WEC, transfer election oversight to the secretary of state, and write crystal-clear laws that stop ballot harvesting, ballot drop boxes, and future introduction of private funds into our election processes.

Despite what coastal reporters may write, what happened in the 2020 election can never happen again. As your governor, I will work every day to ensure that it does not. In a larger sense, I look forward to working with the people of Wisconsin to get our society back on track.

Kevin Nicholson is a businessman and candidate for governor of the state of Wisconsin.  He is the former volunteer president and CEO of No Better Friend Corp., a conservative public policy group in Wisconsin. A combat veteran of the U.S. Marine Corps (Iraq, 2007 and Afghanistan, 2008-2009) he was also a Republican candidate for the U.S. Senate in 2018. Follow him on Twitter @KevinMNicholson.